Lazer Ryderz is basically the light cycle game from Tron distilled into board game form and put on a table, except with the retro turned up to 11. If that doesn’t seem to make any sense, just keep reading.

The object of the game is to guide your rider (sorry, Ryder) through certain points on the table, called Prizms because of course they are, thus changing them to your color. The first player to claim three Prizms wins the game. It plays different than most board games out there, and loves its own weirdness. It’s fast, silly, and simple - but not easy. 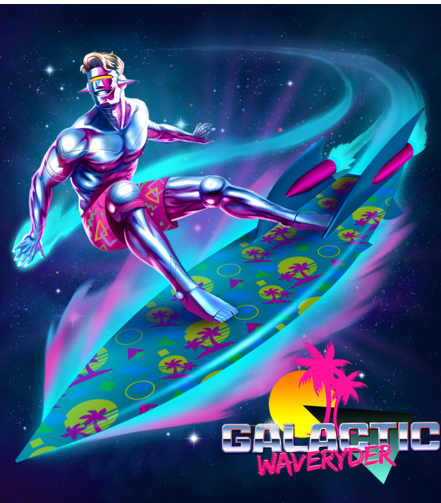 This is the most 80’s game I’ve ever played, and I’ve beaten Double Dragon Neon multiple times.

The first thing you’ll notice, of course, is the box. With metallic rainbow artwork on a solid black background and the four smaller character boxes stacked inside, it’s designed to look like a VHS box set of an old sci-fi show. While they say you shouldn’t judge a book by its cover, Lazer Ryderz pretty much delivers exactly what the box promises. 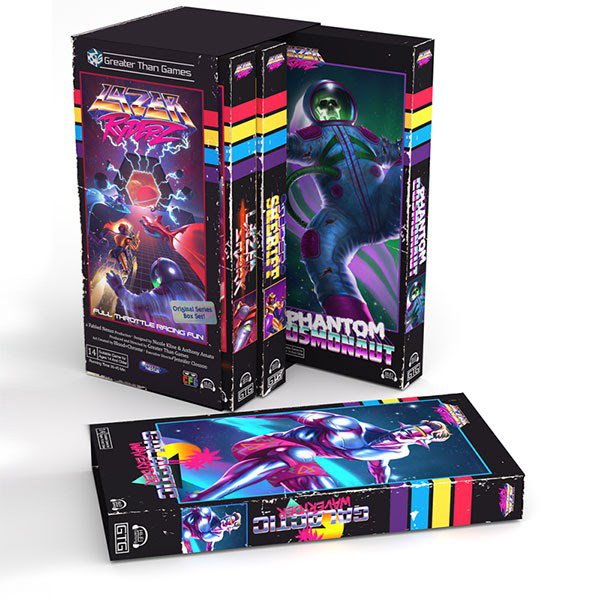 I can already hear the hair metal.

The four characters in the base game are Galactic Waveryder, Lazer Shark, Super Sheriff, and Phantom Cosmonaut. Both in design and art style, they could have leaped off the pages of the cheesiest comic books imaginable. These four Ryderz each want to be the first to activate the three Prizms so that they can activate a dimensional portal and jump to even more distant corners of the galaxy.

Every part of Lazer Ryderz screams 80’s as loudly as it can. Greater Than Games is letting its players know, in no uncertain terms, exactly what they’re in for. 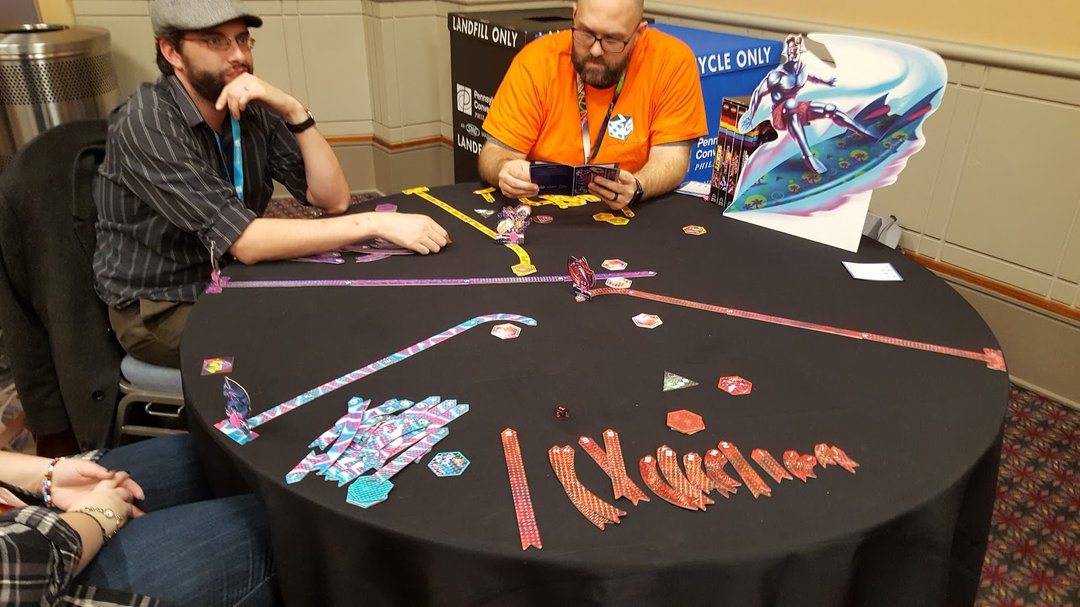 A small taste of the chaos.

Hard as it may be, let’s ignore the theme for a moment and focus on how Lazer Ryderz is actually played. Greater Than Games wanted to capture the quick moment-by-moment action of Tron’s light cycles, and they did it well.

To start, you have to choose your Ryder’s starting position - with your eyes closed. You blindly put your starting tile on an edge of the table and hope that it’s pointing toward one of the Prizms. Each turn you’ll lay down one movement tile, and your Ryder will go to the end of it. Then… actually, that’s pretty much it.

Of course, there are rules (Rulez?) in place to keep things interesting. Each Ryder has five speeds; at the start of each turn you can increase or decrease your speed by one, or leave it where it is. The speed you select on your turn determines which pieces you lay down on the table to create your character’s path, with higher speeds having longer tiles and vice versa. Oh, and you don’t get to pre-measure these tiles. You have to eyeball it and pick whatever you think is best. In that sense, Lazer Ryderz plays a bit like X-Wing Miniatures. 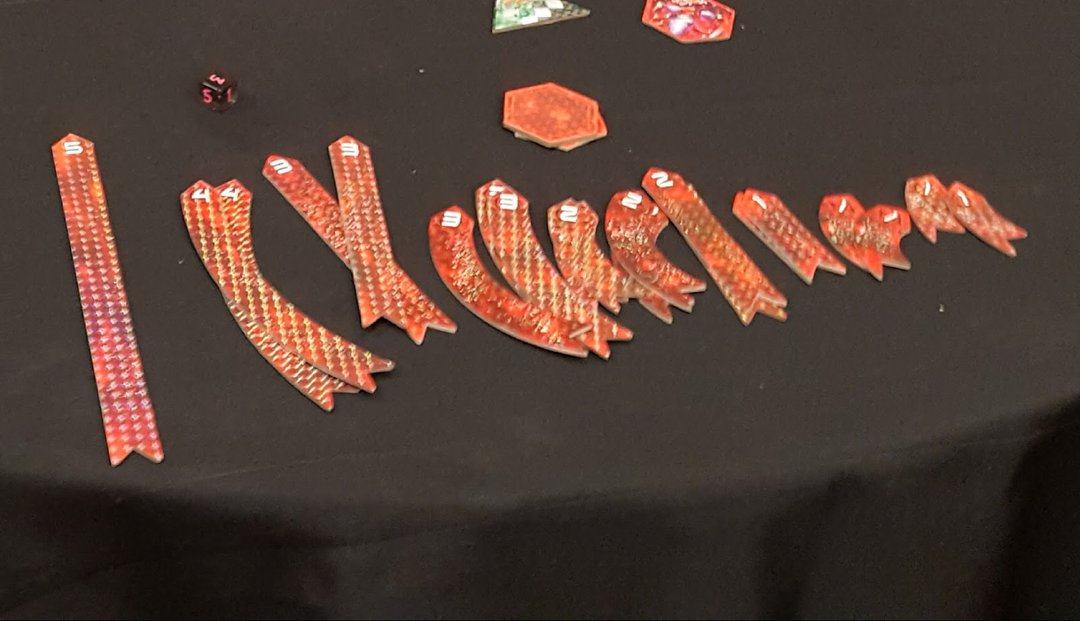 The movement tiles. The numbers at the top show what speed you must be going to use each one.

You’ll probably want to start at top speed and reach the Prizms as soon as possible, but there’s a downside to that strategy: the higher your speed, the harder it is to turn. Lazer Ryderz comes with a D6 that you roll to see if you successfully make your turns. If you roll equal to or greater than your current speed, you’re fine. If you roll under, you continue straight, possibly crashing headlong into an obstacle or overshooting your Prizm. There’s also a chance that you could spin out, which means you do complete the turn but your speed immediately drops down to one, which is basically like when you turn too sharply in Mario Kart.

The last thing players need to know about is the light trail that each Ryder leaves behind. Hitting one of these trails will destroy your bike and you’ll be forced to start over from the edge of the table. It also eliminates the trail behind where you hit, giving those pieces back to the player they belong to. Since there are a limited number of movement tiles, using area control and maneuvering other players into hitting your trail (or intentionally hitting theirs) can be key to victory. 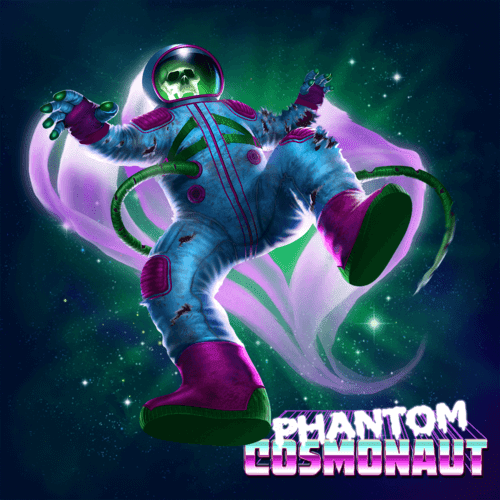 It’s hard to say exactly who Lazer Ryderz is made for, but I can promise you that it’s well designed. If, after reading this article, you think you’d enjoy playing it, then you almost certainly will. The retro style might appeal to Earthbound fans, and the gameplay feels somewhat familiar to X-Wing veterans, but unless you’ve got a particular affinity for Tron, this game is pretty hard to pin down with comparisons.

As I said, it’s a quick and simple game, though by no means an easy one. It’s perfect to play with friends as a palate cleanser between heavier games or to bring to a local game night. Personally, I’m very excited to get this out to our weekly bar night, because I think watching people try to play while drinking is going to be quite the experience.

Until next time, stay righteous and ryde on!

Sprites and Dice has just returned from PAX Unplugged and we have a ton of articles on the way. Stay tuned!

Unfortunately, conventions are expensive. If you’re enjoying our work, please consider stopping by our Patreon and offering your support so we can keep bringing you the latest news and reviews!