Life is hard sometimes. Getting up in the morning, commuting to work, paying rent...it can be a hassle. Now, imagine doing all of that while also being an octopus. Makes your day to day problems seem small, doesn't it? This is the essence of Octodad: Dadliest Catch. Hilariously failing at mundane things like opening doors and waiting in line is a joy to watch, especially with a character as goofy and emotive as Octodad.

I'm quite the fan of awkward control schemes. From Katamari Damacy to Surgeon Simulator 2013, I love it when games make me stop and think about how to interact with not only the game, but the controller itself. Much of the humor in Dadliest Catch gameplay comes from this learning curve. You control each of Octodad's legs and one of his arms individually as the rest of his body ragdolls behind. This makes simple things like traversing across a room difficult, especially when there's plenty of furniture to knock over along the way. There are plenty of input options to choose from, too: a mouse, the Mac's multitouch trackpad, and when the PS4 version launches, even the Playstation Move. 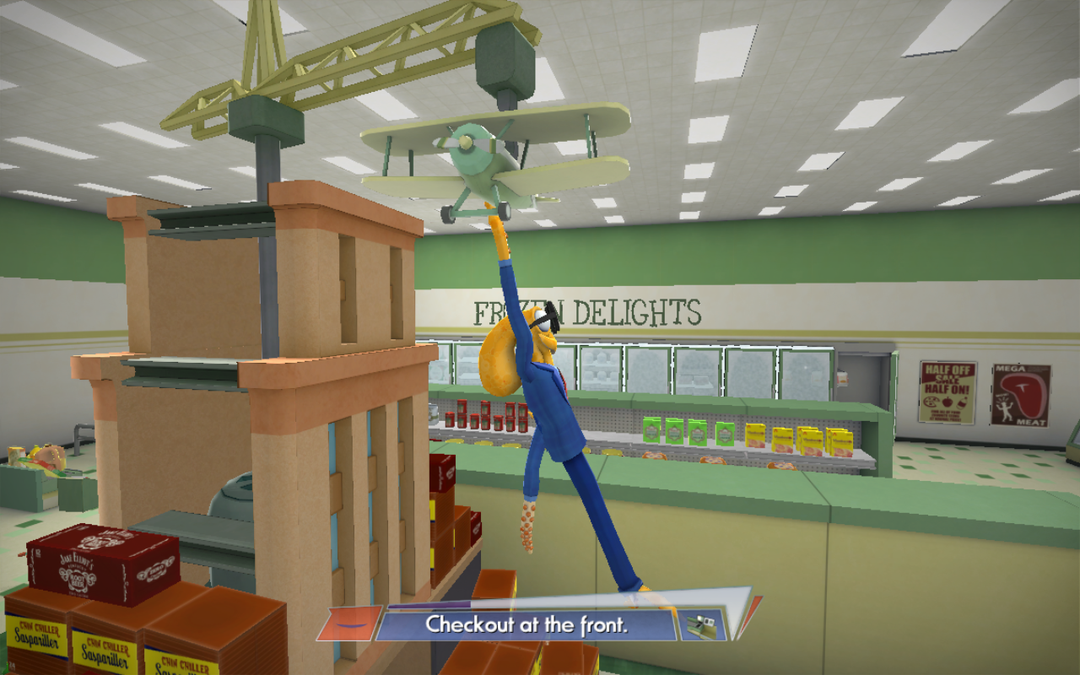 Despite the intentional awkwardness of the controls, it's actually rather easy to pick up any of these inputs. I played the majority of the game on my Macbook switching between the mouse and the trackpad, though I was most comfortable using a controller. Regardless of how awkward the controls were, it never felt like I was fighting with them. The way Octodad moves is not as random as it might seem at first, and understanding that is immensely satisfying in its own way.

It's also just satisfying to watch Octodad move and...be Octodad. His facial expressions change depending on the context - whether he's tired, angry, scared, or just blinking, it's hard not to keep laughing, especially when his goofy face is flopping all over the place. Even more hilarious is the sound design - the squishes, pops, bloops, and blubs all have their own humorous charm. Even when listening to someone else play this game without looking, you can tell just how much chaos is happening.

It'd be a shame to bring up the sound design without bringing up the excellent voice acting. Octodad speaks in a series of blubs, and while they sound hilarious on their own, the subtitles make them even better. Octodad's wife and kids are also well-acted, and his kids have some of the funniest dialogue that actually sounds like it would come out of a pair of children. 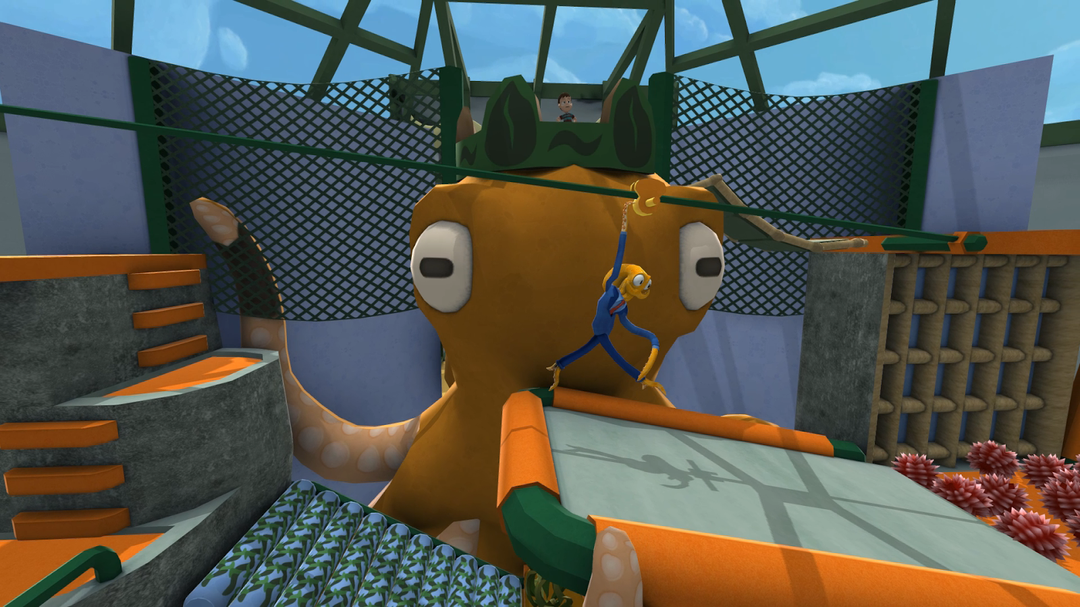 The game is a little short - it only took me a little over three hours - but is addictively replayable. I almost played the entire game twice in one day because it was just fun to show the game to different people. Levels are densely packed with humorous references to other games, and each has three ties cleverly hidden for the player to find and wear. Each level also has a developer time to beat, and just the thought of watching speedruns and all the things possible within the physics engine gets me excited. There's also a local co-op mode for two to four players, where each player is responsible for specific limbs on Octodad's body.

Even when the base game runs dry, there are still tons of levels to download on the Steam workshop, as well as a level editor. I have a feeling that once players get really comfortable with Octodad's controls, we'll start seeing some crazy challenge levels that will require precise understanding of the game's physics engine.

Overall, Octodad: Dadliest Catch is one of the most charming, funny games I've ever played. It's hard not to love Octodad. We all have secrets, and while I've never personally been an octopus, I can understand the fear Octodad has of being found out. He just wants to be loved, and I'm sure everyone who plays this game will.

Octodad: Dadliest Catch is available for purchase on Steam, GOG, and the Humble Store, as well as PSN if you have a PS4!