Platforming Without Meaning, Beats Without End 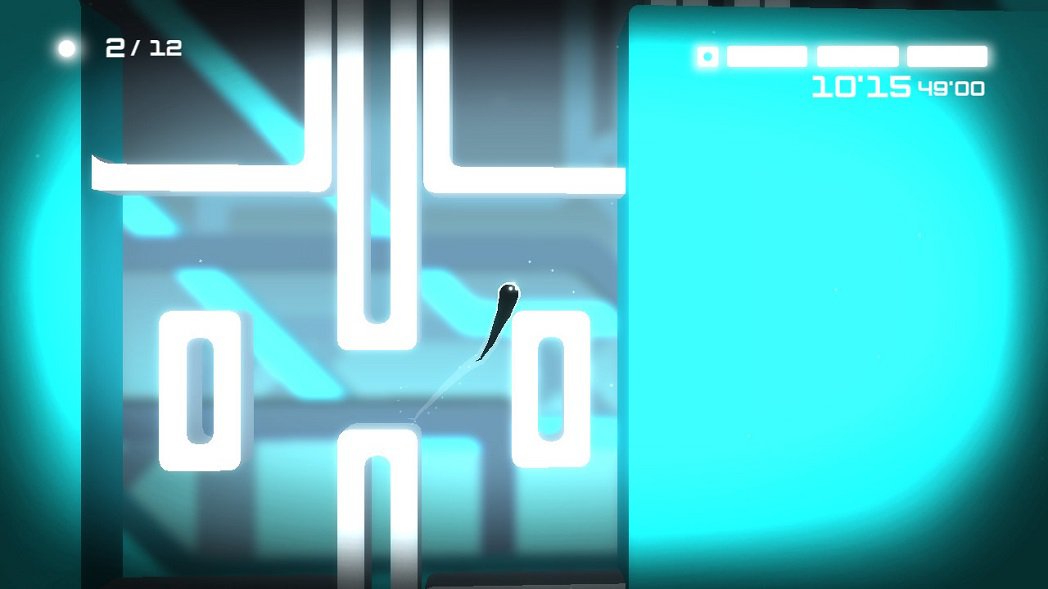 One of my favorite moments in games comes right after any uphill battle. Ornstein & Smough in Dark Souls, Through The Fire And The Flames in Guitar Hero III... even just starting next to the damn Cravers in Endless Space 2. Overcoming any of these challenges is followed by an immediate sense of relief. That feeling of putting the controller down and taking a deep breath, is one of the best experiences in games. Spectrum as a game tries to give you that feeling in spades.

Spectrum is a simple and straightforward platformer where you play as a small orb with three white glowing “eyes” and a simple goal: reach the black hole at the end of each level. That’s it, that's the plot. There’s no princess to save, monsters to slay or anything like that. It’s a game at the most pure and simple level. 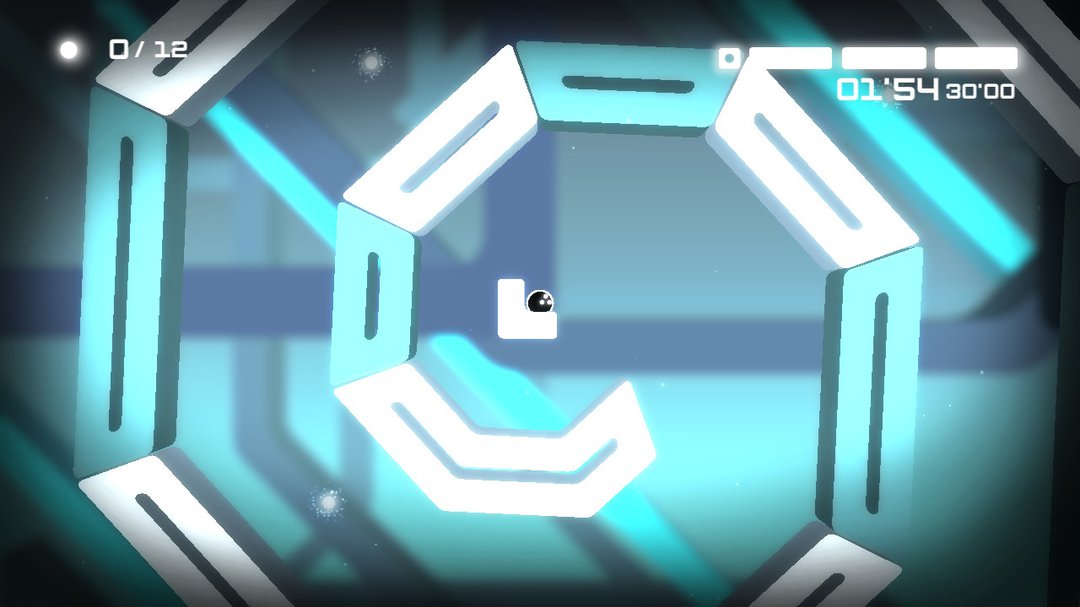 This is your lil' dude. Keep him safe!

That simplicity follows into the game’s mechanics. You’ll only be using three parts of your controller any time you’re playing; a joystick to move, and two buttons. These buttons are to help you ascend and descend, making movement into a constant balancing act. Nothing else is added onto the game later, so mastering those easy to learn controls is imperative. You’ll have to swivel, wiggle and dodge your way past colorful platforms and objects, which deal damage to you with even the slightest touch. With each hit, one of the “eyes” disappear, three hits and it’s back to the start of the level. Of course there are also platforms that can kill you in one hit, but I’ll touch on those later.

Where Spectrum excels is in its fluidity. Fast paced and energetic levels spur you on, while pumped up electronic beats keep up the momentum as you float your way towards a goal. Levels that I liked ended up becoming levels that I mastered the more I replayed them. Eventually I was just trying to finish the fastest for a place on the game’s online leaderboards.

While the fast paced gameplay makes it seem like there’s not very much content in Spectrum, there’s much more than what you’d think. Levels are split into two groups: a standard light world and a punishing dark world, with 40 levels in each. For a completionist, perfecting those levels takes time and memorization. 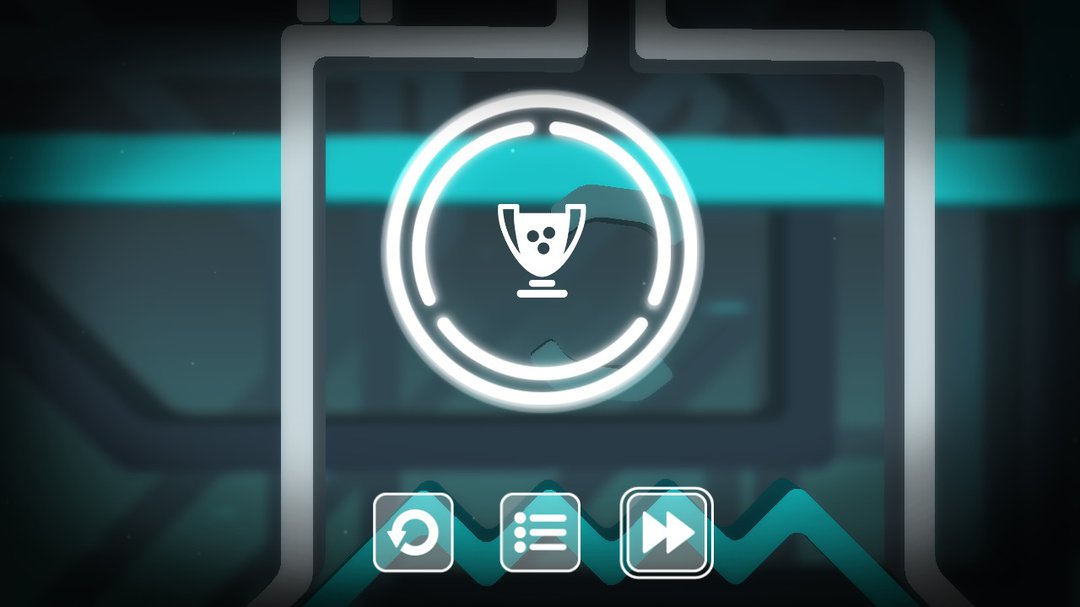 Spectrum's menus are pretty abstract, but manage to get their message across just fine.

There are points where the game slows down, but this isn't a bad thing, since some levels are mountains to climb, especially in the later dark world levels. There’s a certain satisfaction that comes from perfectly executing a difficult level, with pulsating electronic tones reaching a crescendo as you reach the finish. It offers a challenge that isn’t so daunting that I ever wanted to turn it down.

What disappointed me the most about Spectrum was its lack of capitalization on some genuinely great design ideas for a platformer. Specifically, this is in some of the game’s hazards, which appear in one level without warning, and vanish after that level is over.. I now have a personal vendetta against level 03-03, where orange platforms that kill you in one hit rise through a similarly colored hazy background. Beating the level did give me some sense of relief, but it was more resentful than anything else. I didn't have a chance to get better at this particular challenge, or prove mastery in a later level. 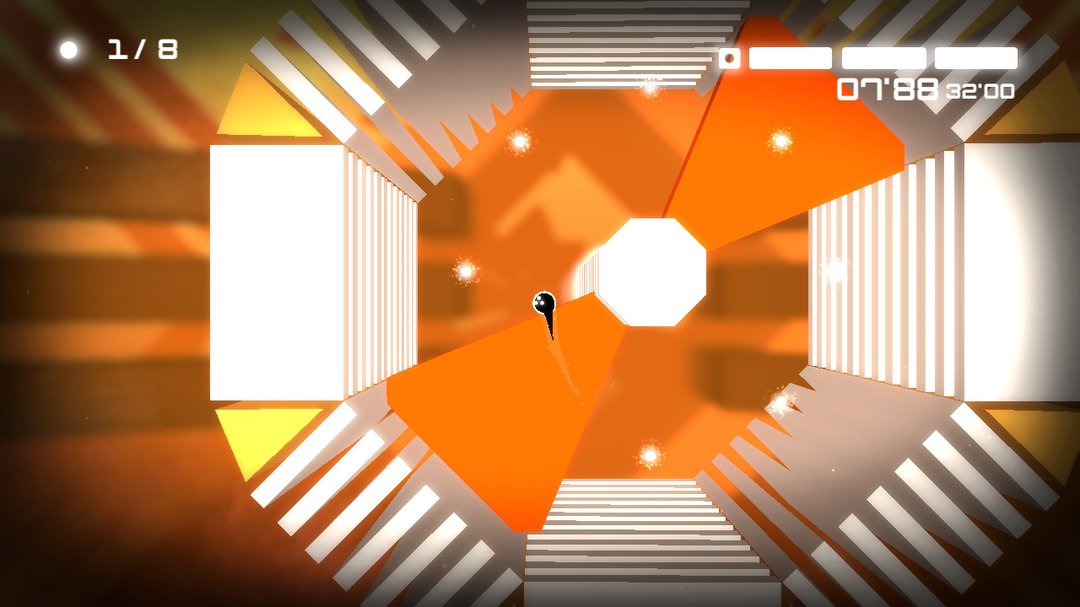 This level was the bane of my existence for way too long.

SImilarly, the platforms that can end your wispy character with a touch aren’t easy to spot. In a game where eclectic designs and colorful patterns are used often, it wasn’t usually clear which color was deadly and would only hurt, making the first time through of a decent amount of levels into more of an investigation into what can kill you. An abstract game does well when it's crisp and clean; Spectrum adds a lot of flashy colors to make it stand out, with mixed outcomes.

A Good Working Concept That Could Use More

In all, Spectrum is a simple fun time. Blasting through levels is a great way to kill time, but there’s not much that holds my attention and makes me want to come back and play more. In its best levels, I’m having a blast, though stages like that are far outnumbered by more lackluster ones. I see the game as a working concept that needs some more refinement to become a truly great platformer. With that in mind, a game like this is perfect for the Nintendo Switch: something that is inexpensive, and easy to carry with you. If you’ve got a Switch and want to play an enjoyable fast paced platformer on the go, Spectrum might be the right place to test your skills.