A Card Game for Any Gamer 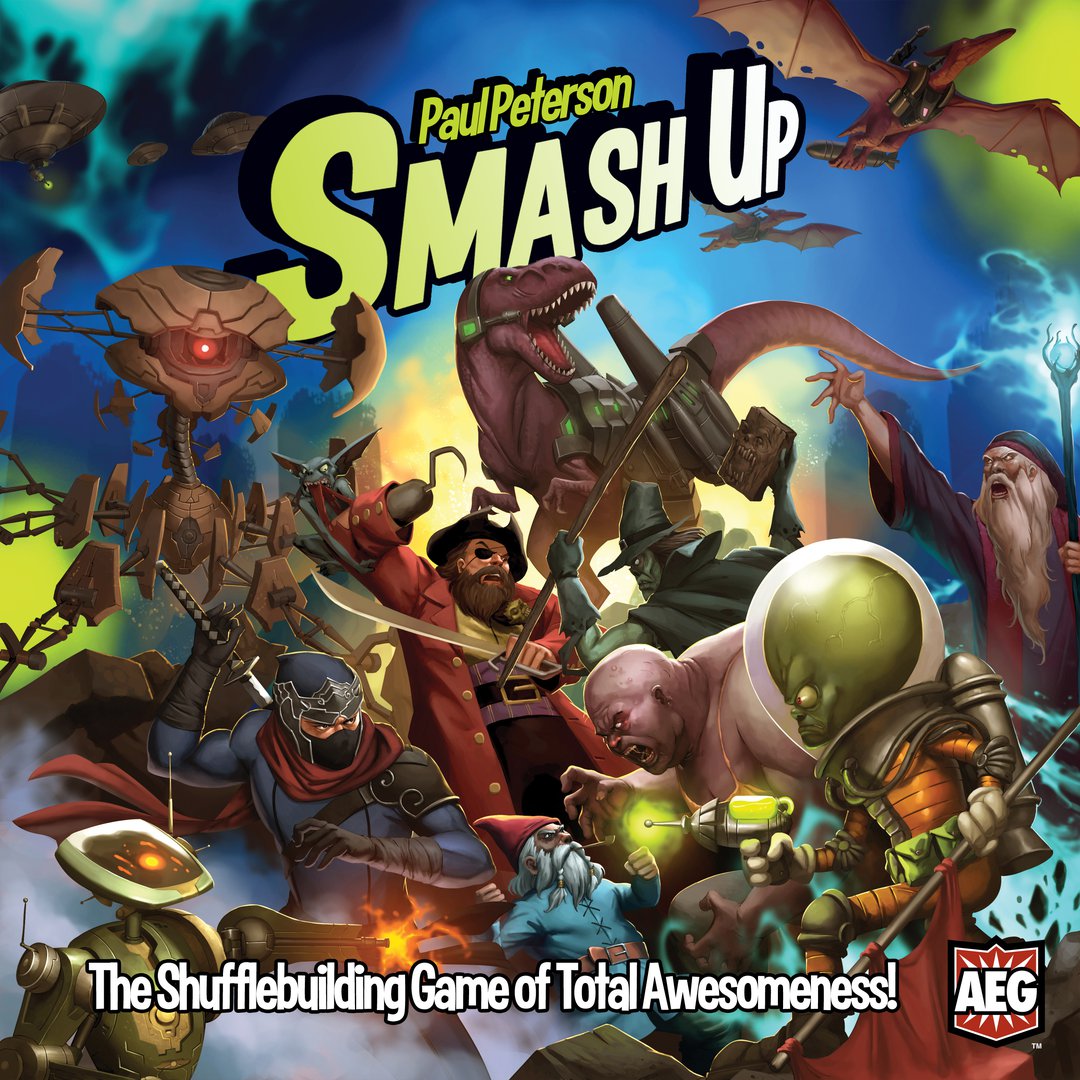 Now, Smash Up has been out for a while, and there are quite a few different reviews in the last year, but I felt it was fitting to start covering my board games section with a game like this. Why?

Because it's simple, fun, and uses the stereotypes found in games and 'nerd culture' to hilarious effect. If you don't typically like board games, this might be something to jump in with, or just give games like this a shot. 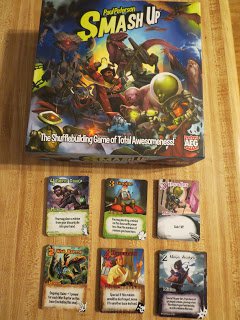 The premise is very simple - there are decks of 20 cards, and each one is based on an archetype theme. Ninjas, Pirates, Zombies, and so on. The original game has eight total, while its expansions (One out now, called Awesome Level 9000, with another slated to come out this September) add another four each. Take two decks that you like the sound of, and just... shuffle them together. Smash them Up.

You can see the appeal already, just from an amusement factor. I can have Alien Ninjas as a fighting force? Or how about Zombie Pirates? Then again, Robot Dinosaurs sounds like it takes my favorite movies and slaps them together. I can assure you though, one of the best things about Smash Up is how the goofiness is backed up by intuitive mechanics: the deck archetypes work in a way you would typically expect. Wizards, as an example, have an obscene amount of card drawing tricks and ways to keep playing actions. Robots are like the borg - they just keep building, and building, and the more there are in one place, the more power they get. Meanwhile, Dinosaurs are just huge monsters with loads of power, more than willing to throw it around in brute force. 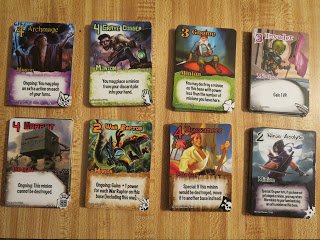 The game really then rewards you for simply taking a thematic choice that you always like, and then using it the way you would expect them to operate in your favorite book, or video game, or what have you. Let me give you some examples:

Its a simple, fast card game that can be as quick as thirty minutes once everyone knows the rules well - and the rules are easy. Smash Up is one of the best examples of the 'easy rules, complex cards' design philosophy, where the core set of rules is intuitive and quick, but the individual cards are the ones that set up exceptions and crazy moments. Play one action card and one minion card a turn, draw twice, and try to 'score' bases by having the highest amount of power there over your friends. Easy to understand, but then you have Ninjas sliding in to steal points at the last moment, the Pirates moving your minions to a different base where you might not actually want them... you get where this can go, fast. 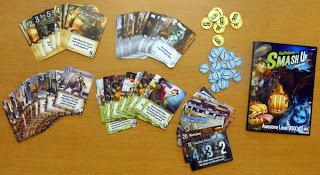 Here is the first expansion, which adds Plants, Steampunk, Bear Cavalry, and Ghosts.I promise you, playing the "You're pretty much Borscht" card makes the whole expansion worth it.

Why play this game? Its entertainment value. I have gotten dozens of friends that don't play card games, or just play video games, or read Lord of the Rings and watch Teen Wolf, and I have yet to see someone not burst into laughter or a smile during a game. The amount of references and self-mocking that goes in this game lets Gamers, or just anyone who likes fantasy or science fiction, feel included in this game, like its an old friend or past-time. It highlights one of the aspects of 'board games' that makes it so compelling in a technology based world - sitting around a table, leisurely playing at your own pace, with drinks, without drinks... just being amused by the act of play.