Not Just Bringing Together Your Favorite Characters 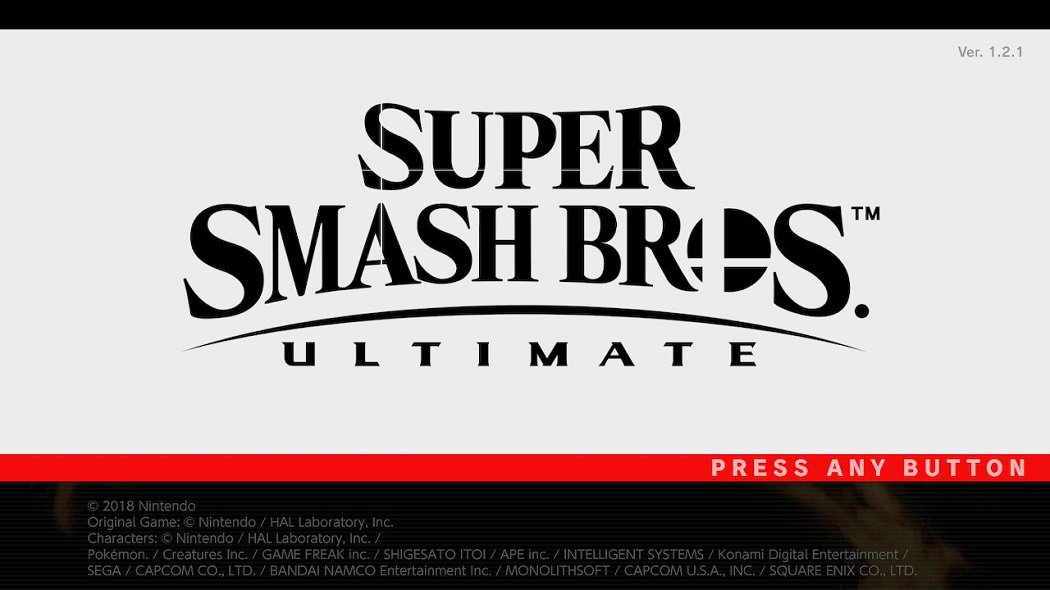 Super Smash Bros. Ultimate has been on the forefront of fans minds for the past year, and with its release, had a lot to live up to, and for the most part it did. The game’s name ends up ringing true, as it is by definition the ultimate game in the series. It's chief attraction is that it's included everything that’s ever gone into previous games; all the characters, stages and music that have made Smash iconic. On top of that, there are two great single player modes to boot; there’s hardly anything to dislike.

Games often cater to fans that they know love their game, but the Smash series has never had to worry about that. This series has the uncanny ability to simply appeal to anyone, no matter what they usually play or even if they’ve never played a game before in their life. Smash is universal, and in Ultimate’s case, it’s a unifier. As easy to pick up and start playing as it is to look at the gorgeous visuals of the game, it seems like the perfect title. If you start digging under its skin however, you will find a few issues that remain; with games this enormous, some things end up overlooked, and Ultimate has its fair share of loose ends.

Smash Your Own Way

At its core, Smash Ultimate is still a Smash game, and it retains the series’ iconic playstyle that never becomes tiresome. Playing any of the game modes is almost always a fun experience, but we have to give extra credit to the single-player Classic mode, now with the added twist of every character having their own path modeled around their series. Of course, you could just play standard matches to knock the snot out of any character lucky enough to find themselves on the roster, either alone or with friends. 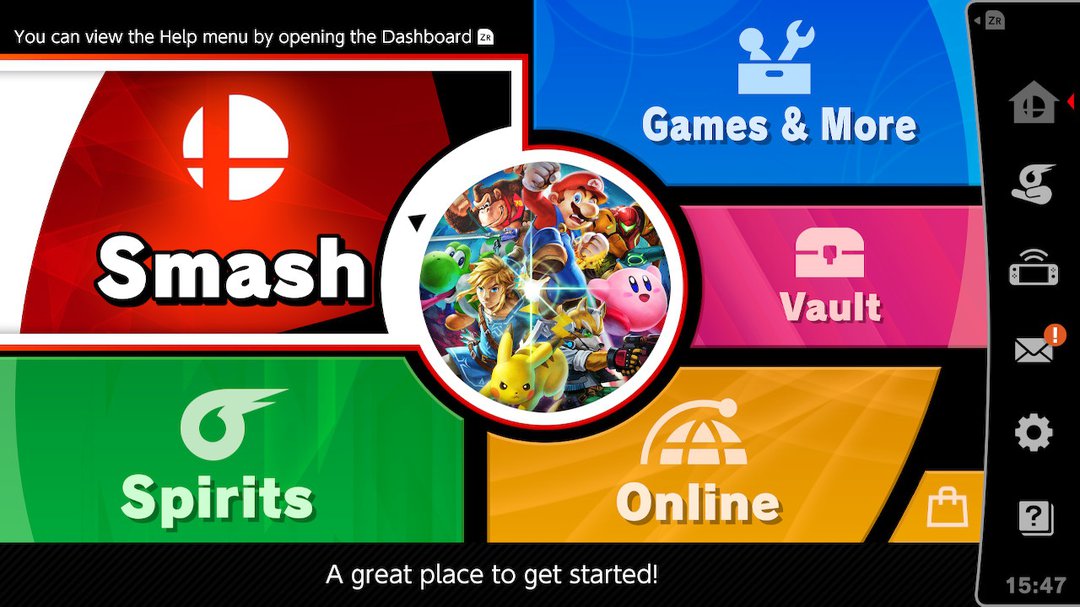 These two modes are also how you’ll be unlocking a majority of the game’s massive 72 character roster. After winning a run of classic mode or fighting a few standard battles, new characters show up for a bout. In previous games, unlocking characters has been a bit more engaging (except for Mewtwo in Melee; we all know how that one goes), and once you unlock the characters that you’re excited about, getting the rest becomes more of a grind.

Ultimate also attempts to bring online multiplayer to the Smash series after the last games’ folly of an online mode. I did say “attempts” for good reason. Trying to fight other people online is more of a dice roll than the straight shot it should be. Because of the variety of ways the game can be played, you can set a preferred ruleset before searching for a match. Sadly, this isn’t always the case, as you can be sent into a completely different match with rules totally unlike what you’ve set. If that’s not the case, then you’ll have to hope your opponent has a stable internet connection, or else the match will lag to the point of being unplayable. Oh, and don’t think about trying to leave or throw the match, as you’ll be hit with a cooldown timer on playing multiplayer again. 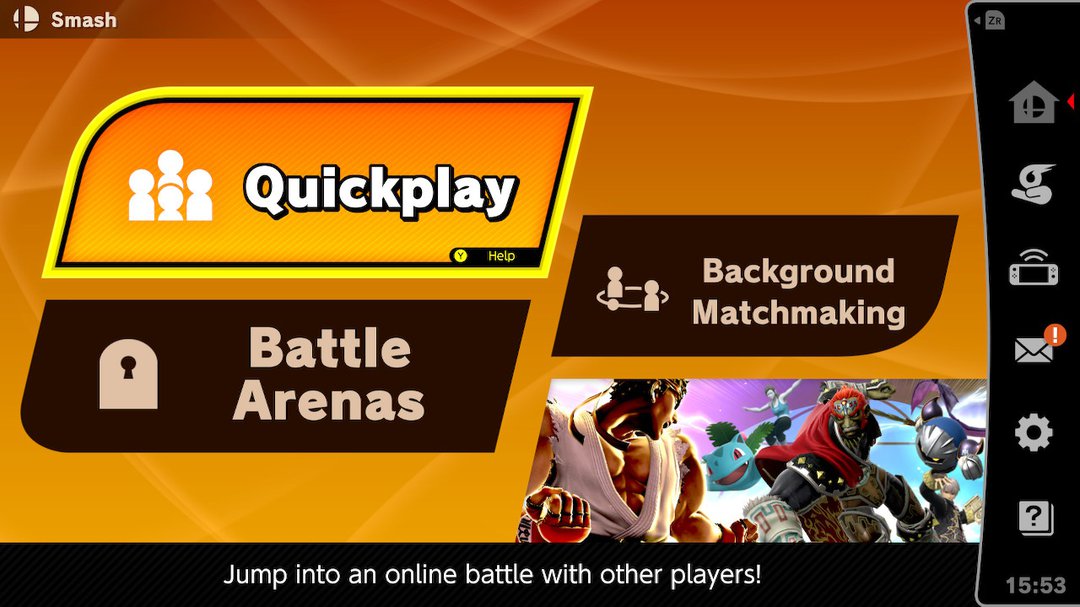 Online in Smash titles has been infamous, and unfortunately it continues to be so

Another story based game mode also made its way into Ultimate with World of Light, where a new enemy has eliminated all of the fighters and turned anyone else into floating spirit orbs, with the exception of everyone's favorite glutton, Kirby. Now the lil’ pink ball of adorable has to save everyone by defeating enemies in themed fights. These encounters turn out to be charming throwbacks to enemies or characters that weren’t able to make it into the game as trophies or fighters. It’s hard to not chuckle at fighting a blue inkling to unlock Chaos from Sonic Adventure or a giant gold King K. Rool to get King Knight of Shovel Knight. In all, these references are thoughtful and make battles a little more fun if you catch them. They don’t however detract from the overall repetitiveness of World of Light. Apart from the occasional incredibly difficult fights, getting through this mode is often as easy as stacking your character with incredibly strong spirits and doing one smash attack. 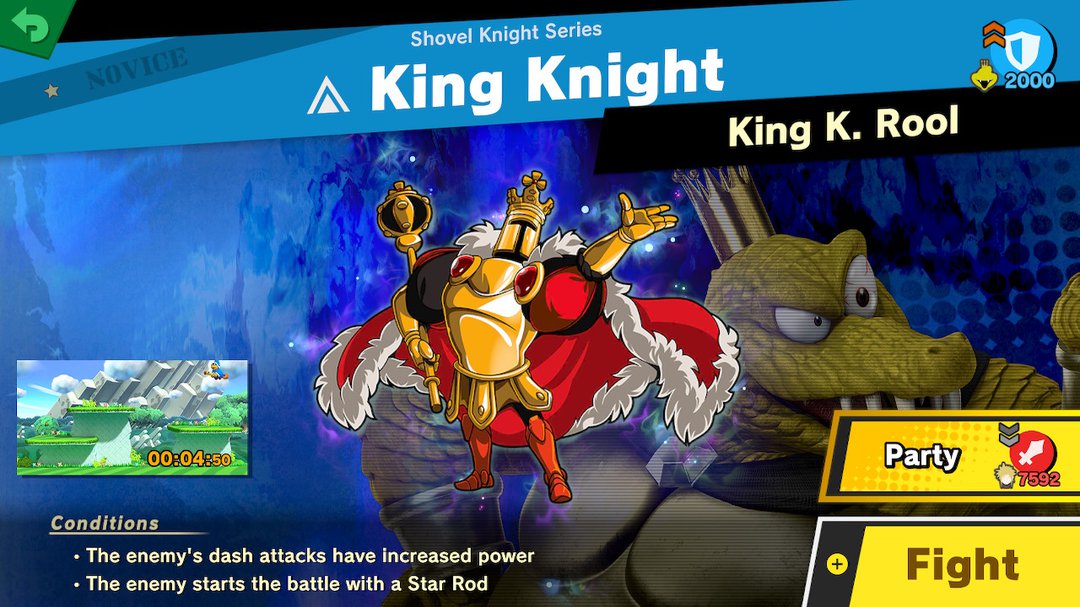 Changing How You Fight

If you’ve played more than one entry in the Smash series, you know that no two play the same, and this still rings true for Ultimate. However, mechanics in this title haven’t been totally changed; they’re more an amalgam every entry, usually only taking the best. Usually.

One of the welcomed changes is the return of directional air-dodging from Super Smash Bros. Melee. This mechanic, which expands players movement and recovery options tenfold, was left out of the last entry and sorely missed. The same cannot be said for Smash 4’s rage mechanics, which give heavily damaged characters greater damage and knockback. With this ability, characters that are close to being knocked out become enormous threats that have to be danced around carefully, as one smash attack can spell the end. Simply put, it leaves a bad taste in your mouth when you lose to someone one good hit away from losing their stock because they were buffed up from their damage. 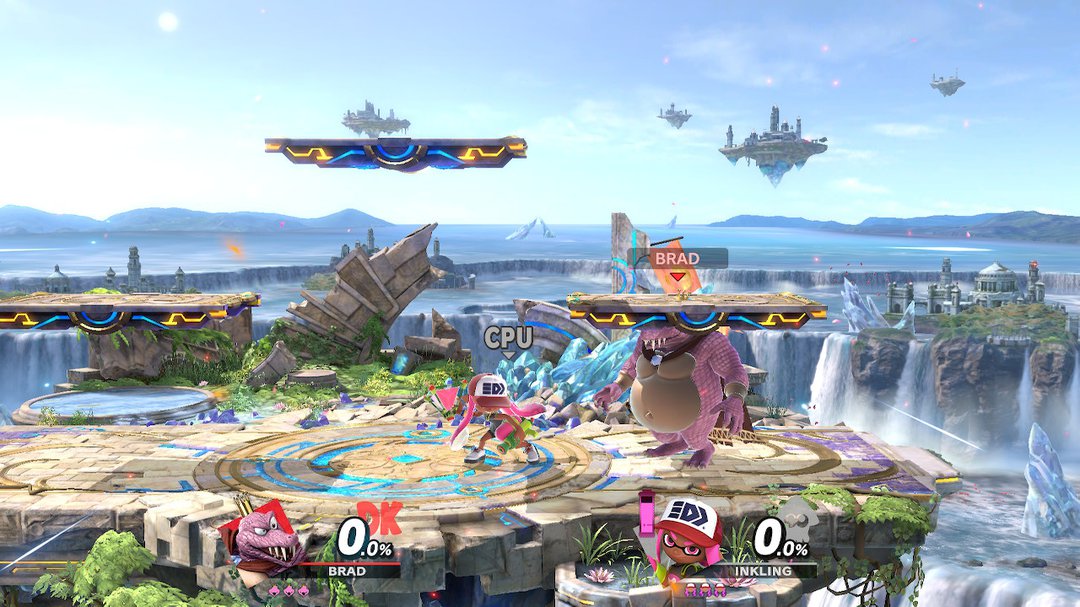 Some characters even have their own mechanics, like inklings having to recharge their special attacks

In all, playing Smash Ultimate feels like playing a mash-up between Melee and Smash 4. With the speed and air-dodging mechanics of the former and the combo game and rage of the latter, Ultimate finds itself in a unique position to offer a fighting game with a low barrier to entry that takes a long time to master. However one new mechanic in the game sets it back: input lag.

Technically speaking, input lag is the amount of time that it takes for your input on a controller (say if you’re using a gamecube controller and trying to dash right, you’d push the stick to the right) to be performed by your character on the screen. Typically, you’d want input lag to be as low as possible so whatever game you’re playing feels responsive, this is doubly important for fighting games. This is where it gets a bit complicated. All Smash games run at 60 frames per second. Melee had three frames of input lag, meaning that it only takes .3 seconds for your flick of the c stick to appear on screen. However in Ultimate, input lag is effectively doubled to six frames, a time that is further exacerbated if you play online. Because of this, it sometimes feels as though you’re playing the game underwater. At the very least, it caused misinputs more often than I liked. 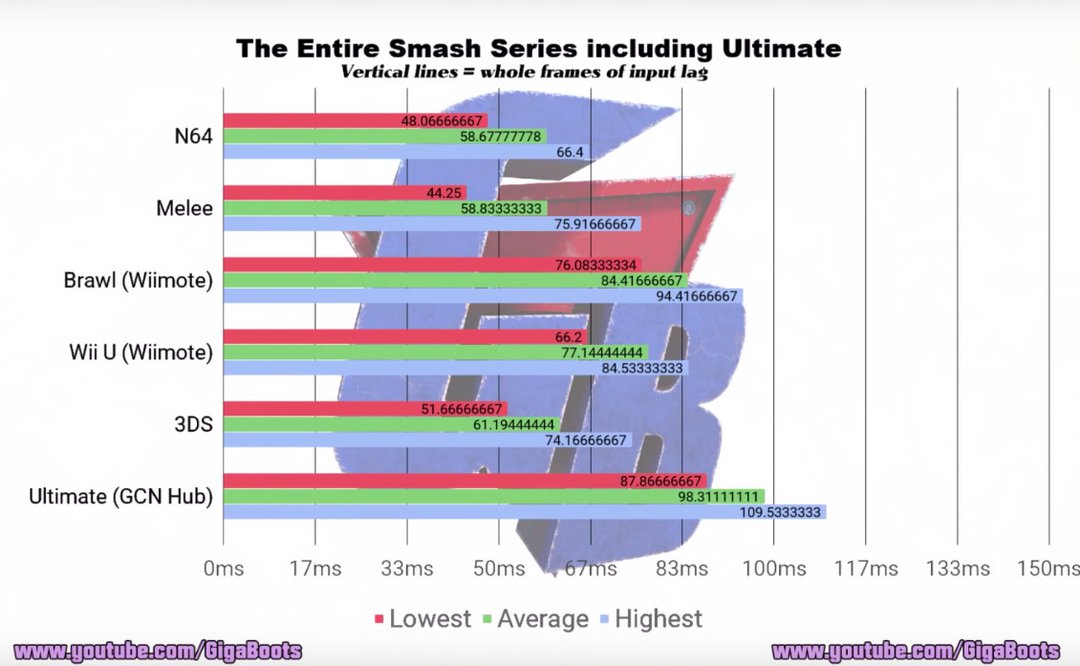 We will have to see in the coming months whether the competetive crowd chooses to adopt this newest edition to the series, or decides that it is too flawed in comparison to Melee, which still manages to stay on its pedestal as the gold standard.

Enjoy The Party, Because Everybody’s Here!

Whether they were unintentionally creating one of the most thriving competitive games or giving speedrunners titles to obsess over after almost two decades of being released, Nintendo’s games have brought people together. When the “Everybody’s Here!” tagline for Smash Ultimate was first shown, it was meant to show off the games insanely huge roster. But this mantra for the latest iteration of the series doesn’t only reference to its maddening amount of content. Instead, it’s an announcement of the game’s position as the unifier of fans of both gaming and Smash, a beacon of togetherness. 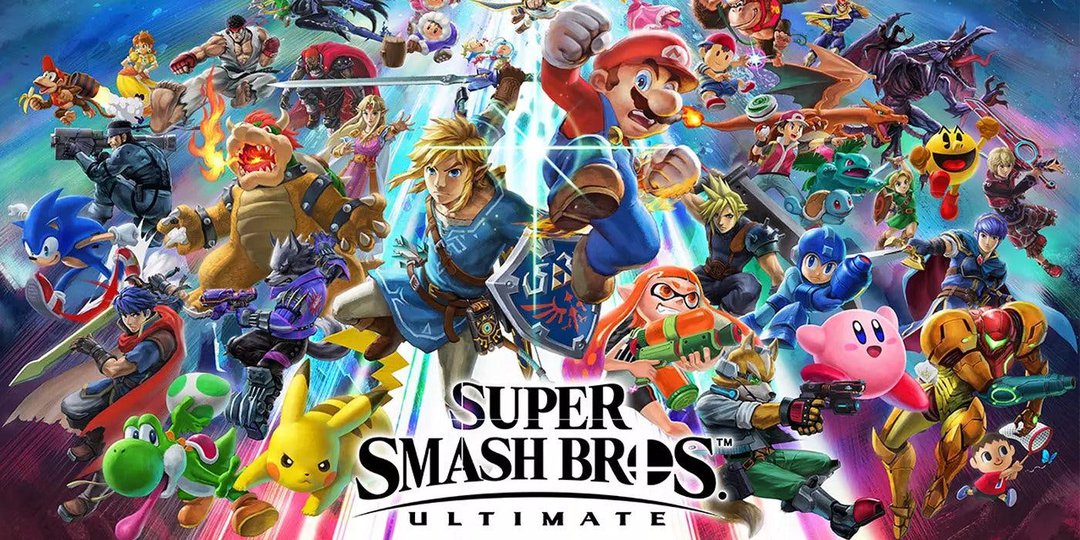 Everybody’s here, your friends, your family, your niece and nephew, your friends who have played Smash all their lives and all the ones who haven’t. Ultimate is something anybody can enjoy, no matter their age or how long they’ve been playing games. It’s fun for endless hours, and something I plan on bringing to holidays from now on.