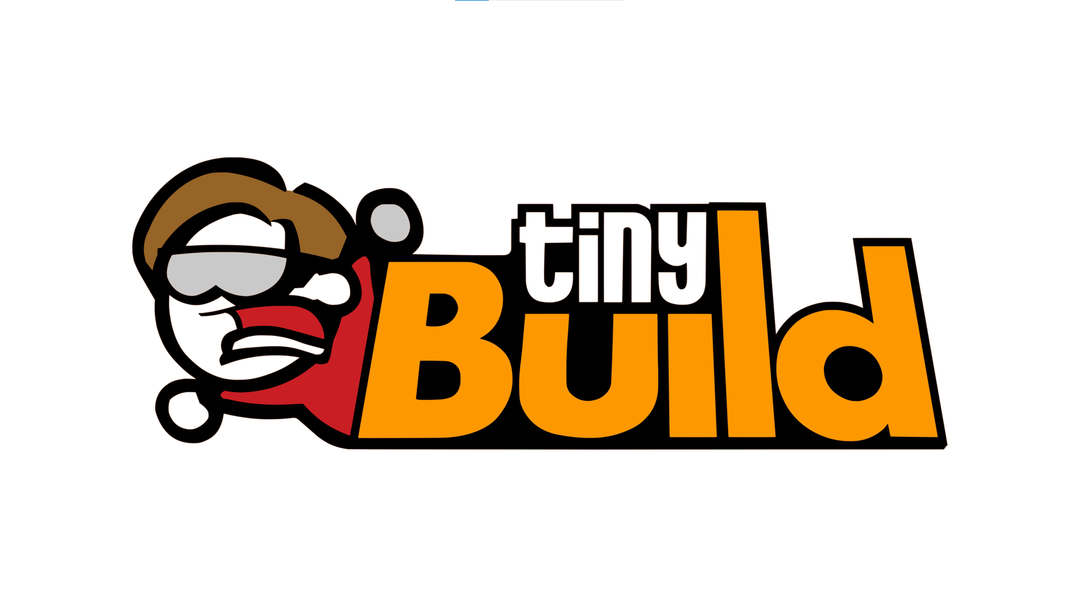 Steam Next Fest is upon us once again, featuring hundreds of gameplay demos and not nearly enough time to try them all. Today we’re checking out two games published by Tinybuild, the company behind such wacky and enjoyable games as Streets of Rogue, Graveyard Keeper, and Totally Reliable Delivery Service. One of today’s games will fit right in with the rest of Tinybuild’s library.

So, without further ado, let’s dive right in! 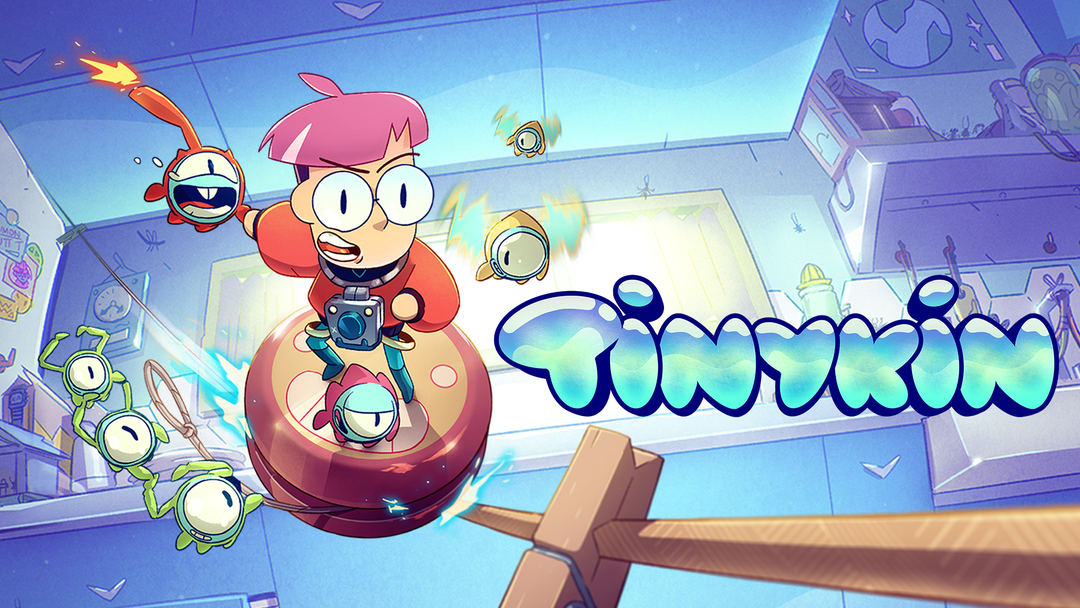 In Tinykin, you play as a space explorer named Milo who, through some kind of space science accident, winds up shrunk to the size of a bug and trapped in a house on 1990s Earth. You’re not alone, though: Each room of the house is a city unto itself, inhabited by anthropomorphic insects and the Tinykin that the game is named for.

They never say what happened to the person who used to live there (not in the demo, at least), but the insects worship him as a god. In fact, that worship forms the basis of the insects’ society, and drives a lot of the game’s story. 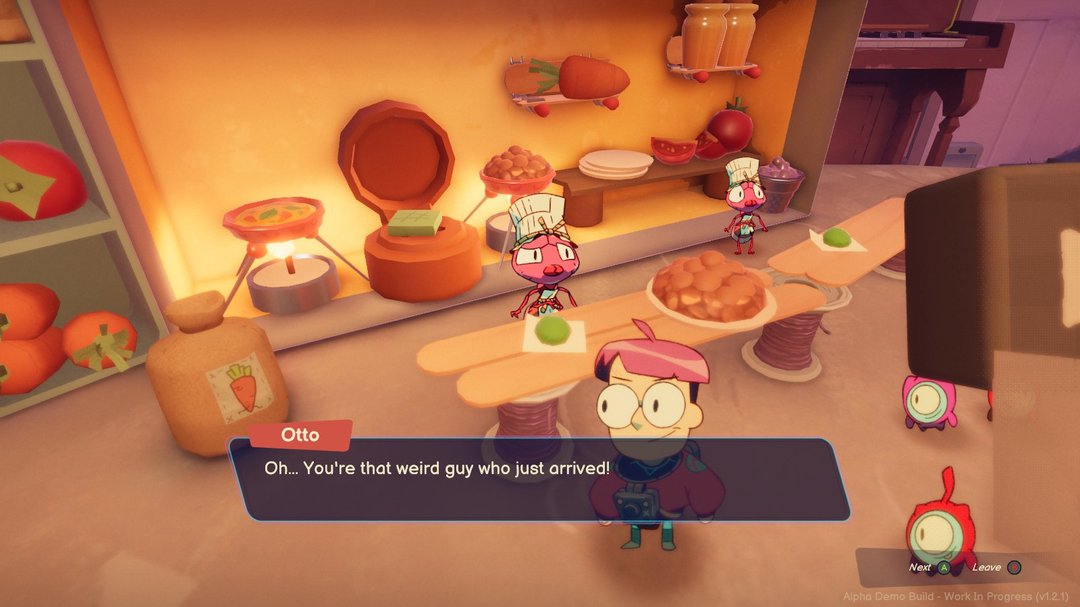 Your goal in each “city” is to find a piece of a device that will, supposedly, let you travel beyond the house. However, in order to do that, you’ll have to use the Tinykin to fix things, break things, move things, and help the insect citizens with their problems. There are also a lot of collectibles to find along the way: The museum curator will share tidbits of wisdom in exchange for artifacts, and each level has hundreds of pieces of pollen to find—you don’t need them all, but you will need most of them.

Tinykin is an exploration game that I hesitate to call a “puzzle” game, since there’s nothing to solve. Objects you can interact with light up when you get close enough, telling you which Tinykin to use and how many you’ll need. The Tinykin themselves work automatically once you set them to a task, so you don’t even need to figure out what to do with the things you find. Basically, if you wander around long enough, you’ll get everything you need to progress. 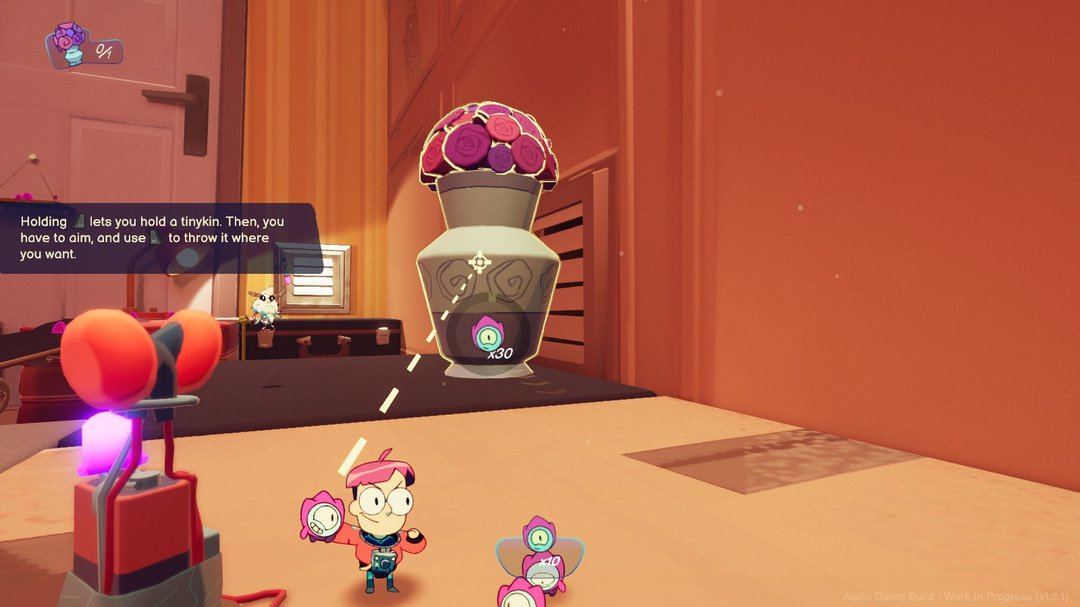 You just have to find enough of the right things to throw (literally) at the right other things.

You’ll be doing a lot of exploring and 3D platforming, so the good news is that the gameplay is smooth and satisfying. Milo moves along at a good pace, responds well to the controls, and comes with a very limited floating mechanic to help you clear big gaps and land tricky jumps. The gameplay is far from challenging, but Tinykin is just a pleasure to play.

Overall, this game is… okay, let’s be honest here, it’s Pikmin. But it’s cute, it’s charming, and it’s packed with character and story. Tinykin will be great for young kids or a chill, low-stakes gaming session for grownups. It'd be a great relaxing break from the next game I'm going to talk about.

Tinykin was designed by Splashteam, and is coming to PC and consoles this summer.

At the other end of the spectrum we have Expedition Zero, an exploration/survival horror game that drops you into the frozen heart of Siberia.

After a meteorite strikes in the middle of the forest, hallucinogenic spores fill the air and deadly creatures roam the woods. You play as the lone survivor of a scientific expedition that went out to study the meteorite, but your only goals now are to survive and escape. 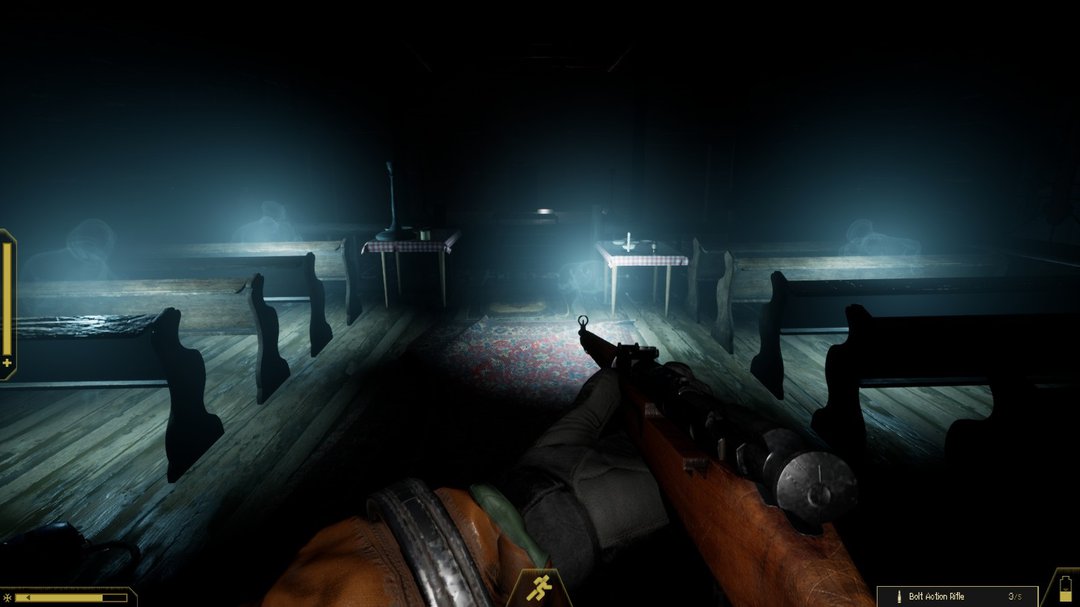 There’s a lot of religious iconography in Expedition Zero; maybe a clue about what’s going on?

To do so, you’ll need help from a mysterious voice on the radio who I’m sure is totally on the level. The demo has you finding some starting equipment, crafting some basic gear, and collecting some samples from the infected zone.

Side note: What year is this supposed to be? I have a bolt-action rifle and a clunky old radio, but I craft stuff using a 3D printer.

Interestingly, I died twice while playing the demo, and neither one was from a monster attack. One time I got killed by a sniper for getting too close to the wall keeping the monsters contained. The sniper was human… I think… 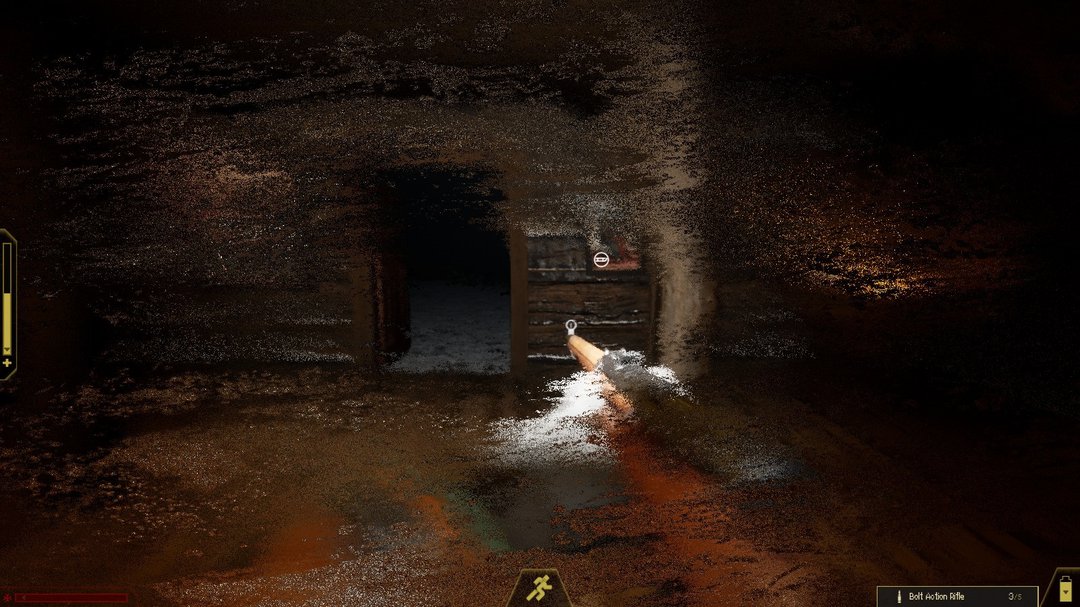 The other time I just froze to death like an idiot.

If I’ve got one major complaint about Expedition Zero it’s that the controls feel really clunky. That could be intentional, to ratchet up the feelings of tension and helplessness—and it makes sense, since you’re wearing heavy winter gear—but it’s still a pain. The inventory management is particularly bad, as you have to manually drag each individual item to your inventory and pick a spot for it. I did appreciate the moment when I suddenly had to drop everything because a creature roared behind me, but that one jolt hardly seemed worth the long minutes of dragging stuff around my inventory.

I didn’t manage to grab a screenshot of a monster, but they’re definitely out there. Roars, chatters, and snapping twigs follow you wherever you go, and if you look into the woods you just might catch something looking back. 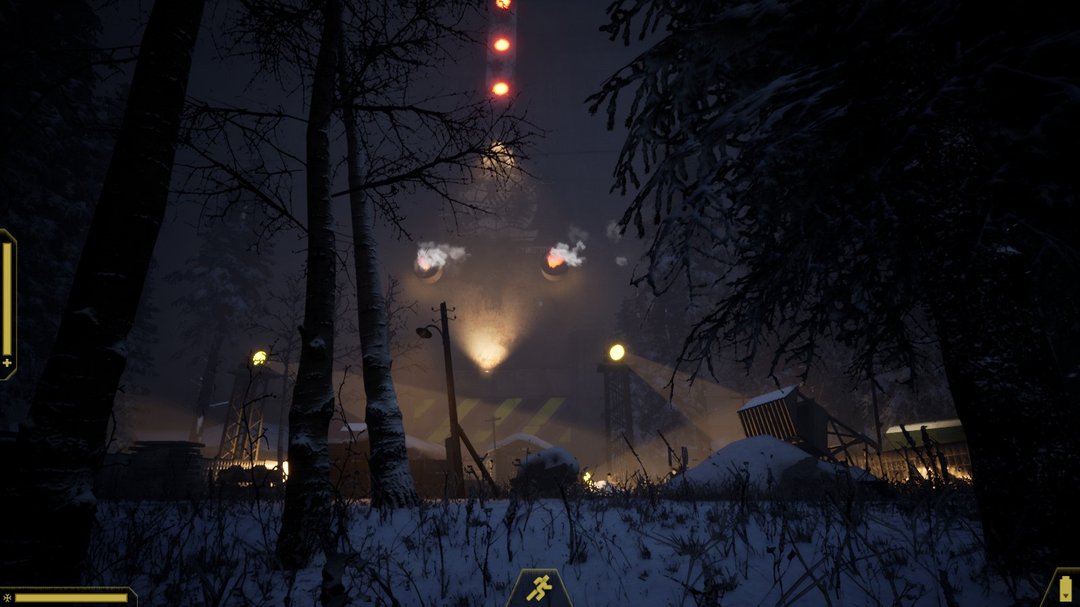 Of course, monsters aren’t your only enemies in Expedition Zero.

Unless, of course, that’s all from the hallucinogenic spores you’re warned about at the start.

All in all, Expedition Zero does a great job of building tension in much the same way that Amnesia does: You just know something’s out there, and you know it’s going to jump out and maul you, but it doesn’t, and then you die because your fire burned out.

Expedition Zero was designed by Enigmatic Machines, and is coming to Steam on March 24th.

Tinybuild is a great publisher in how it collects indie games of all sorts of genres and styles, then shotguns that content out into the world with a blast of publicity. There are many games that don't land for me just because they aren't my style, while some like Streets of Rogue are real favorites. I'd suggest taking a look through their library; I can almost garuntee there's one game in there you'd like. If you have a chance, use the Steam Next Fest to your advantage: shop around, play a bunch of demos, and see if you find something new to add to your collection.