My Gaming Resolutions For 2021

Making This Year Better Than The Last 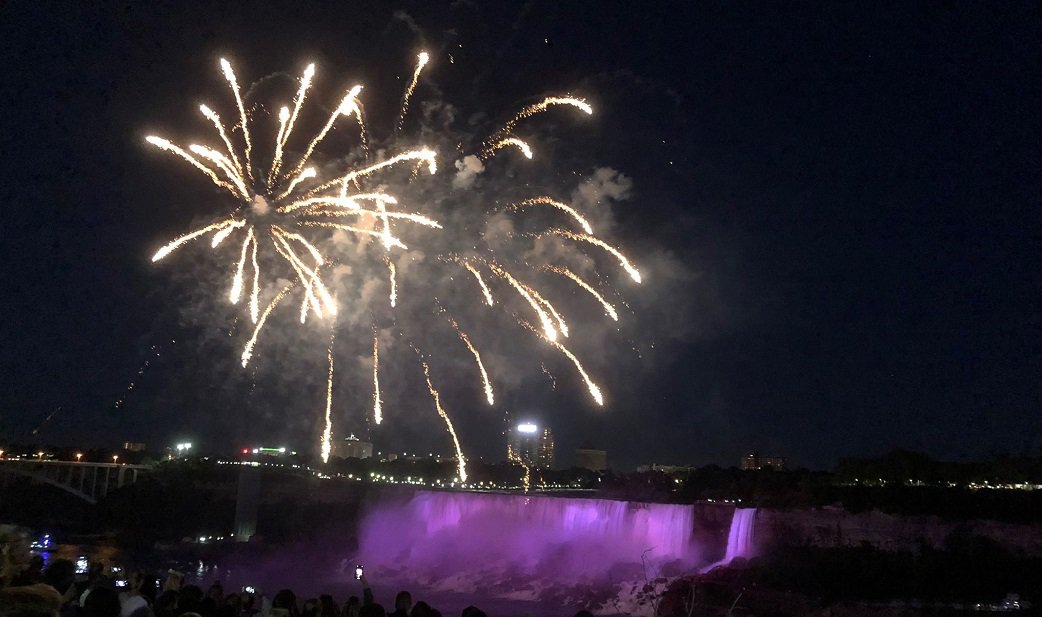 To get the obvious out of the way, 2020 was not a great year: by almost all accounts the faster we can try and put it in the rear-view mirror, the better. Everyone had their own struggles, their own particular cocktail of problems that COVID-19 put in front of them and forced them to drink. The good news is that it’s January 1st, and that year is finally over.

The bad news is it many of those problems have decided to happily follow us into 2021, nipping at our heels. The effects can still be seen and felt everywhere, even in the gaming world. The question is, what do we do about it?

Lockdowns, Distancing, And The Importance Of Gaming

Many games were delayed in their release: Games Workshop openly declared they are behind on their release schedule, while dozens of video games like Phogs! ended up releasing many months later than expected. Conventions that are usually high points for many people during the year were wholesale cancelled, and many Local Gaming Stores are suffering from getting no foot traffic. While these consequences are minimal in comparison to the tragic loss of life and financial stability that we’ve seen around the world, but it still was proof that there was no escaping the reach of reality, even into entertainment. 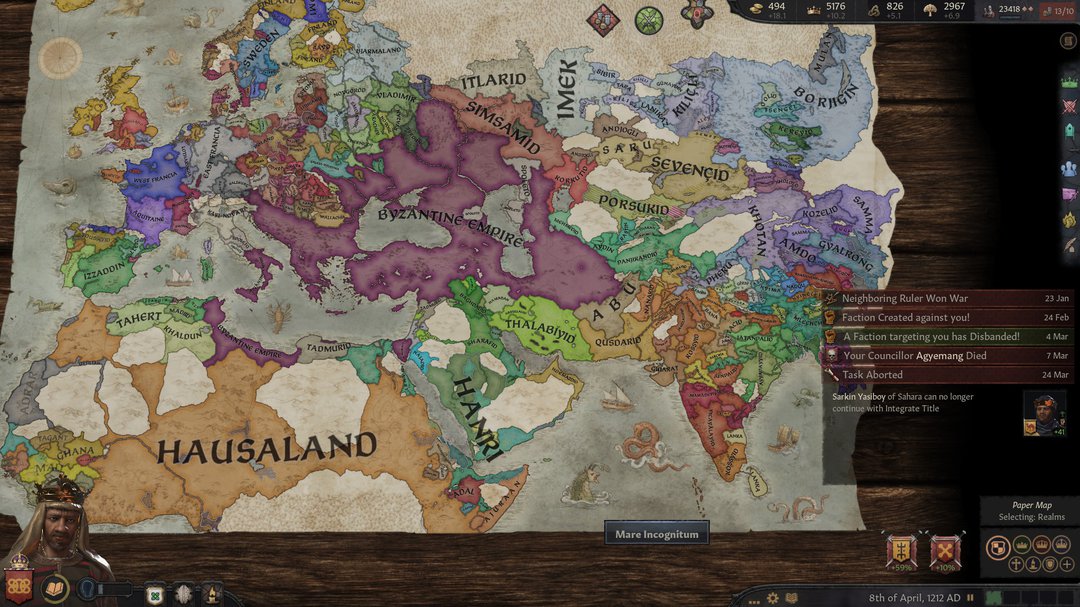 I don't want to think about how many sleepless nights were spent trying to fight off Crusaders and Huns.

As bad as 2020 was though, it was gaming that became a refuge. Heaven knows that when I was stuck at home with a newborn without the ability to get familial support, it was long marathons of Crusader Kings 3 that let me stay up from midnight to 9 am, having one arm around the baby with the other nefariously preparing to conquer France. Having discord communities where I could easily reach out to friends (and new acquaintances!) to play multiplayer games with was a huge relief when the lockdown first hit. Hell, I was still able to play Dungeons and Dragons with a good dozen different people until the baby arrived thanks to the power of online community.

I have never been more thankful for having a backlog of games until 2020.

As 2021 begins, COVID-19 is still impacting the world in a big way, with newly rescheduled summer conventions possibly still in danger of being cancelled if the vaccine rollout continues to slow down. While gaming resolutions might seem inconsequential, taking your hobby seriously can help give you something else to focus on besides the craziness going on outside. By actively choosing how you invest your time can help you feel more satisfied by that choice, rather than just impulsively buying new games or cycling through your steam collection for hours on end.

How do you want to spend your leisure time in 2021? Here's some resolutions I've decided for myself.

This one is an obvious choice, and it’s one that’s made every year by countless gamers around the world. The difference is that now is the time more than any other where this goal actually seems achievable. Being stuck inside for so much time made it easy to pull open some games I’ve owned for a while that were very daunting like Stellaris or Pillars of Eternity and give them a fair shot.

It’s a little harder to make this recommendation with board games, as many of us might be trapped without there being a play partner safely nearby. With that being said, the phrase ‘cult of the new’ gets thrown around by board gamers to describe how the industry has sped up, with more games released every year. To combat this, Sarah Reed back in 2013 created the 10 x 10 board game challenge. The premise is simple: play ten different board games ten times each. It’s an easy way to make sure you are enjoying what you already have rather than jumping onto the next bandwagon and forgetting about a game that could be a real favorite. 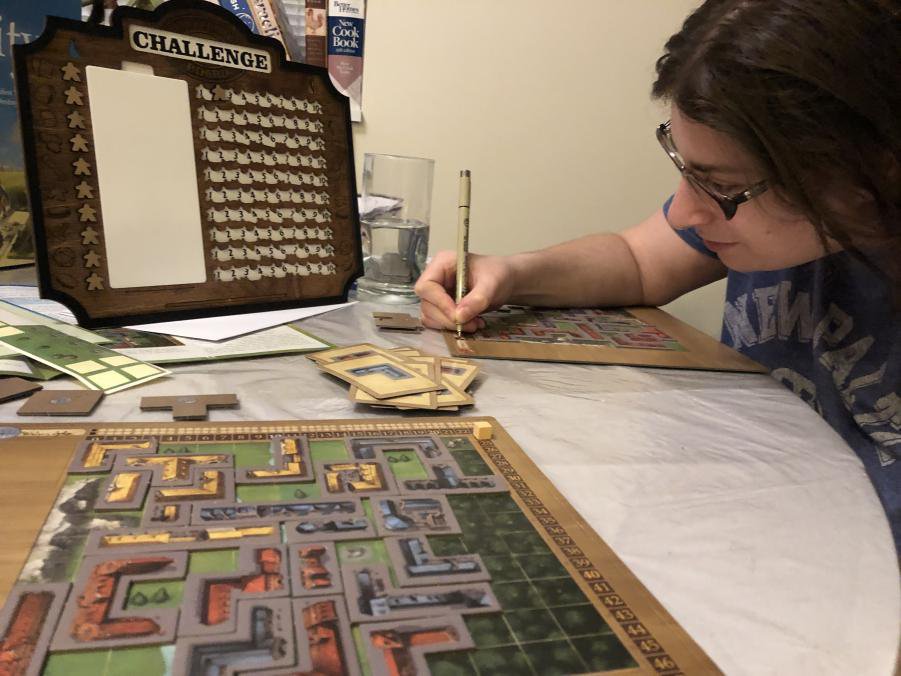 Started off 2021 right - playing a legacy style board game! The cool board in the background is from The Broken Token: I got it specifically to keep track of this resolution.

Sometimes, having too much choice can lead to more stress than enjoyment; take some joy in diving deep into the games that you already own. For me, I’m not allowing myself to buy into more than five new games this year. Heaven knows I’m still far enough behind on game review articles that it could last years.

While we didn’t cover the Cyberpunk 2077 meltdown here, we really didn’t have to. News about the game was absolutely everywhere as the hype machine was determined to have this game be the highlight of 2020. I don’t need to go over the story of the seizures problem, or the unplayable PS4 version, or the problematic PR campaign, or the months long crunch that the developers endured: it’s been covered practically everywhere.

What does need to be talked about is how until we start choosing how we purchase our games, the practices that create issues like the ones above will not stop. 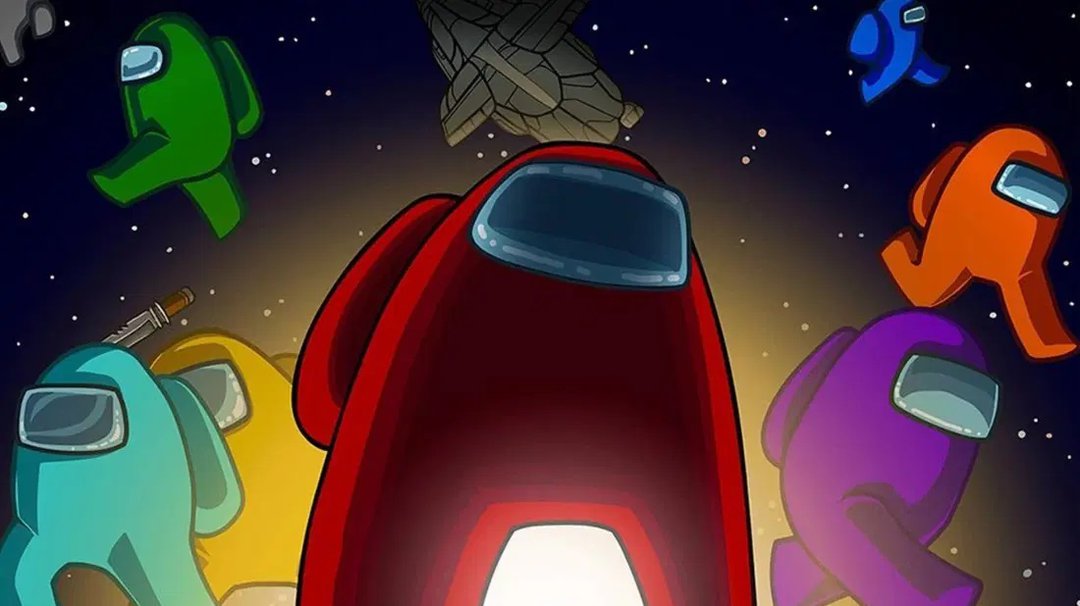 There are plenty of games that were huge in 2020 without a scandal including Among Us: It was actually a 2018 release, but found popularity due to Twitch Streamers and fun gameplay instead of a huge marketing campaign.

Microtransactions in games will continue as long as people keep buying them. Hurtful workplace practices won’t stop until gamers begin to actively choose to put their money elsewhere. Petitions and online outrage is a step, but we have to remember that the people at the top only see how their quarterly sales affect their stock and their bonuses because of how far removed they are from the actual game design and community.

This resolution can sting. By choosing it, you might actively decide to not put money towards something you really do want. I really, really wanted to get Watch Dogs: Legion, but the horrific practices and scandals at Ubisoft have put those wishes on hold for a while. World of Warcraft: Shadowlands calls to me with nostalgia for my college days, but while the company continues to fire hundreds of workers to save money while still boasting better shareholder revenue, I can’t justify that purchase for myself.

However, its easier to take up this resolution when you think about it in the reverse: what other companies could I give my time and attention to, instead of the problematic ones? I spent Black Friday this year purchasing some tabletop RPG systems I’ve always wanted to but had been nervous to take the plunge on: Masks, Blades In The Dark, Coriolis, Zweihander… there’s a whole wealth of creativity and new ideas that you can find once you step away from the AAA contenders regardless of what subgenre of games that you enjoy. 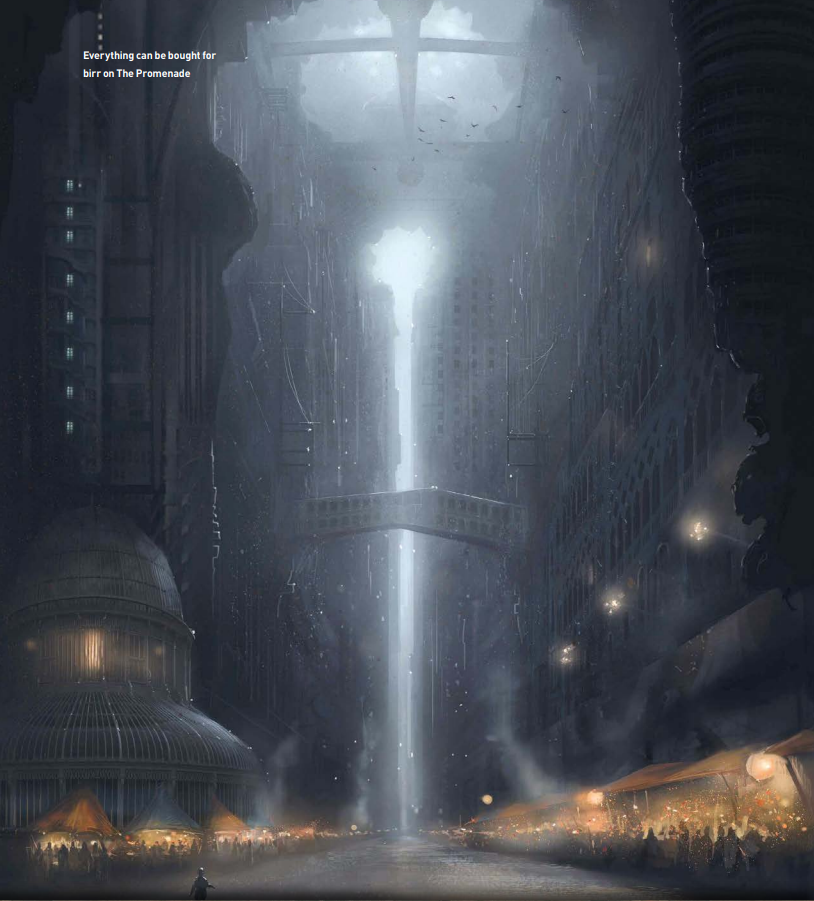 I mean, just look at the art of this space station in the Coriolis RPG - there are plenty of worlds out there to explore just off the beaten path.

Sure, I still love D&D, but rather than giving them more of my money, I can invest that to try out worlds where I get to be a Teen Titan style super hero, or run a space shuttle in a Mass Effect style world that’s modeled around Arabian Nights as a central theme. I could buy some cards to jump into a CCG to feel competitive… or I could buy Ratropolis where I’m playing a card game to instead build and defend a village, letting me play a card game with some truly innovative ideas for only $15.

In the world of gaming, your money is oftentimes the best way to exercise your power as a gamer. Spend it wisely.

Resolution #3: Build Community And Play With Others

This resolution for myself is probably one that feels the most daunting; without knowing when the lockdowns and COVID-19 restrictions will end, it sometimes feels like it was a different lifetime when I could meet up in person to play games at the pub. Still, its important to me to highlight how gaming is an important part of my life because it helps keep me social. It’s a reason to gather together, to hang out. I don’t want to lose sight of that. 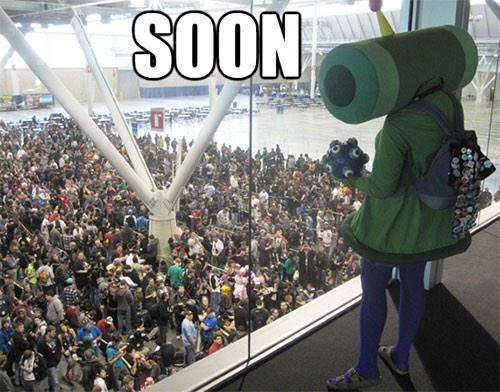 The first part of this resolution is aspirational: getting back to hanging out in person with others. I’m waiting for the vaccine since I have a newborn and a wife who’s immune-compromised, but when things clear up I’ll be setting back up the weekly board game nights at the local bar. I’ll be taking out a hotel room to get back to PAX Unplugged 2021… fingers crossed, maybe PAX East in June.

Being trapped apart doesn’t mean we're doomed to losing a sense of community . We created the Sprites and Dice discord a few months before COVID-19, and that became a lifesaver for us once the pandemic hit. We’ve hosted dozens of RPG sessions through voice chat, built up a twitch audience, and in general used our server as a way to let other gamers find games they want to play as a community. This sort of dovetails with Resolution #2 for me – a lot of great indie designers have their own discord to help generate playtests, get feedback, and let their players find others of like minds. 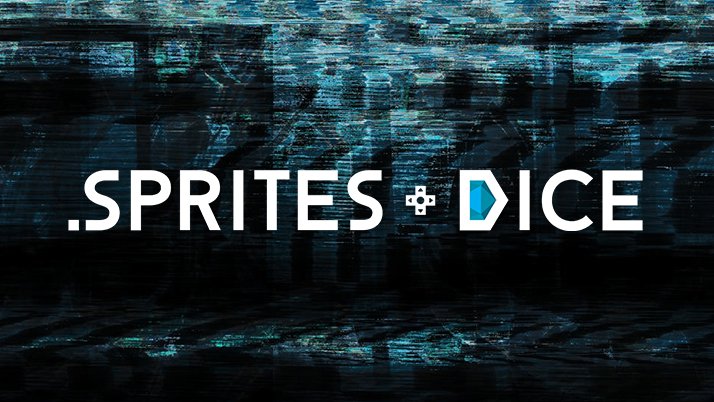 Obligatory self-promotion here: join our Discord server to help us build a community! We're hoping to make 2021 a year with more community support, game giveaways, and games played with others.

Thanks to 2020, its very easy to feel isolated and alone. The more I remember that gaming is a social experience, the more enjoyment I get out of the hobby. While its true misery loves company, I’ve also found the same goes for joy.

Needless to say, these are my own resolutions for 2021. I’m sharing as a personal set of goals, not a set of guidelines that must be enforced. Still, I felt that these goals were broad enough that they were worth publicly sharing: I want gamers to feel as though their hobby is something that brings enjoyment in times where the rest of the world seems impossible to navigate.

Games are an escape, absolutely. But they can also be a tool to try and make this little corner of reality a better place. By taking time to enjoy games that you already own, you save yourself money. By taking a little time to plan who you are giving your money to, you can help game designers and publishers who don’t support harmful business practices earn a living. By reaching out to find other gamers to hang out with, you can help take away the bite of isolation that COVID-19 has brought, one game at a time.

Each little act is tiny on its own, but even in entertainment you can try and make the world a little brighter through choosing what you want out of that entertainment in the year to come.