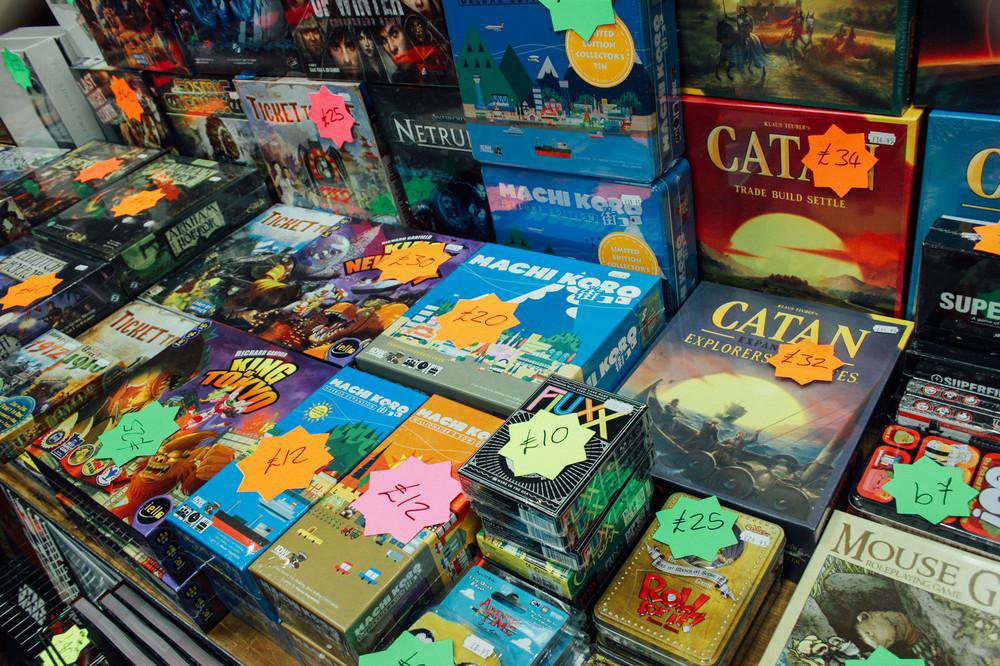 I want you to take a moment to think about a game, that one special title, that you remember when you think about “the game that got you into board games”. Hold its image in your mind for a few moments. Are you smiling, because I sure do (still) when I envision mine. Most of us can vividly think back to that one game that snagged us into this hobby. Like a fisherman securing his line to reel in his catch, that game acted as the hook that opened up the world of boardgaming to us. Do a quick search via Google, Reddit, or the BoardGameGeek forums and you will reveal no shortage of the same question being asked over and over: what are the best games to introduce to family/friends/strangers at game night who don’t know the joys of modern boardgaming?

You will see the same answers time and again: games that are simply learned and easily played, most with a mild theme. They get the job done by providing a fun experience that doesn’t overwhelm in both mechanics and theme. There is a reason that Catan has sold over 18 million copies to date. And while the same usual suspects crop up, I’m here today to challenge what may be your preconceived notions of what we consider as a “gateway game”. 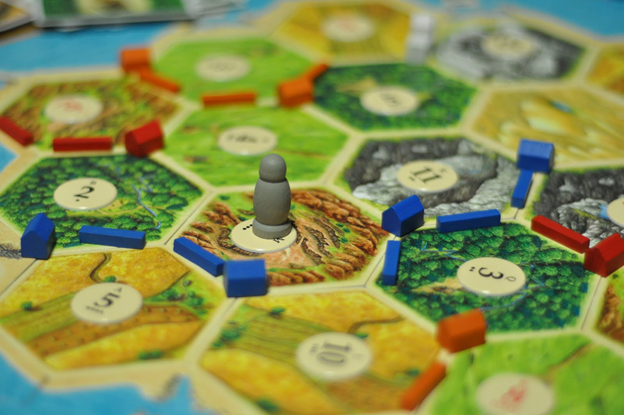 A Portal To Greater Things

Some of you may already be familiar with the term “gateway game”. If so, feel free to skip down to the next section. If you’ve never encountered this term, though, let me take a few moments to lay it out for you. Simply put, a gateway game is a game you can teach to non-gamers or the board-game-skeptical to help them understand how much fun they could be having with board games; gateway games typically avoid long rules explanations and don’t have overpowering themes. I’m from the USA, and for a lot of us here, the games we grew up with were things like Monopoly, Life, and Clue. Kids games, viewed as something simple to entertain children and dismissed just as quickly beyond that age. When I tell people “I play board games,” they usually reply, “Oh, like Monopoly?” This is the preconception you’re working against.

As mentioned previously, Catan is one such example of a gateway game; it can be taught in under five minutes, has a simple theme of building up a small community of settlements and cities, and it gets adults thinking on a more complex level than the games they’re used to thinking of as board games. Ticket to Ride is another such example, a perennially popular and satisfyingly simple title that has you laying down little trains to claim routes for points. The idea is that these easy to digest games act as a first course to the larger meal that comes when new gamers ask the all-awaited question: What else do you have to play after this?

But what if I told you that you didn’t necessarily need simple games like these to act as gateways? 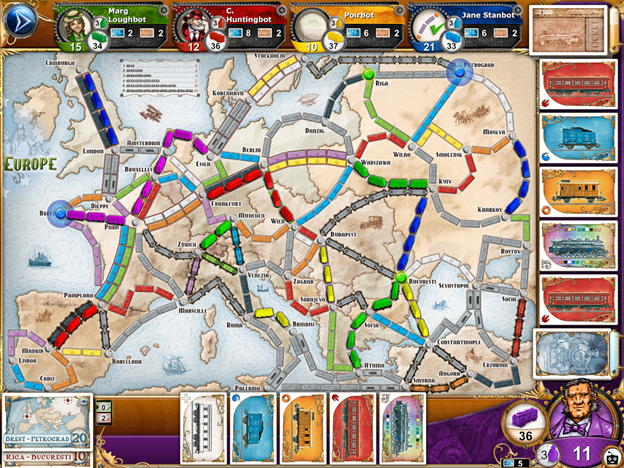 While it might look like a lot at first, Ticket to Ride is just a game of drawing cards until you have enough similar colors to claim a route. Digital version featured.

Gateways Of Days Past

The story of my own gateway game is an odd one but helpful when understanding the full scope of what constitutes a gateway game. While I had all the typical US staples for cardboard entertainment as a child, my parents were also pretty cool in finding the things that they did. I owned a copy of Battle Masters, which spanned the living room floor when we rolled it out, and to this day my family still enjoys games of Master Labyrinth. I even owned a German copy of Spacefarers of Catan before it was released in the US, using translation packets to match with the cards in order to play in English.

Even years later, The Omega Virus still stresses me when I play it.

And yet as I grew older, I fell out with board games. You’d think with an upbringing like that I’d have tumbled down the rabbit hole much sooner, but as I aged I played more and more video games with friends. I got into tabletop RPGs in high school, and these gaming habits continued well throughout college and beyond. It wasn’t until I was an adult, still gaming with a community online, that I heard about Battlestar Galactica. This virtual community met up once a year in person to host their own “con” of sorts, a chance to chill together and pass the time playing other kinds of games. While I never got the chance to attend their con, I heard about Battlestar through their forum posts, and I was intrigued. 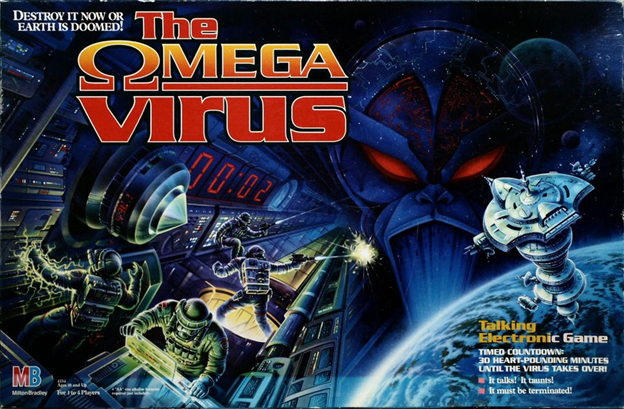 It wasn’t long before I bought my own copy. The concepts in Battlestar Galactica were a little more complex, but dealing with tabletop RPGs and some of the odder games from my childhood meant I wasn’t deterred; you could say the difficulty level of the game was a good fit for me. The theme was interesting (I love sci-fi games), the selectable roles were a fun touch of balance in asymmetry, and the hidden traitor mechanic absolutely hooked me. As a whole package, this game blew my mind; it was so different from anything I’d ever seen. This was the game that pushed me down the rabbit hole of modern boardgaming. I went online to look up more reviews and discovered just how much I’d been missing.

Battlestar Galactica’s gateway potential didn’t end there, though. I actually managed to gateway others into the hobby with this game acting as our point of contact. When I introduced it to a small group of friends who had a history of playing Poker together, it was an instant hit. We’re talking friends here who would regularly try to throw each other in the brig (lovingly) for no other reason than a past history of distrust from their Poker days. Like me, they were drawn in by the odd setup of the board, unique to us at the time, and the bluffing mechanics baked into the game. I found out later on that they’d bought their own copy the weekend after I’d taught it and spent hours playing it thereafter. 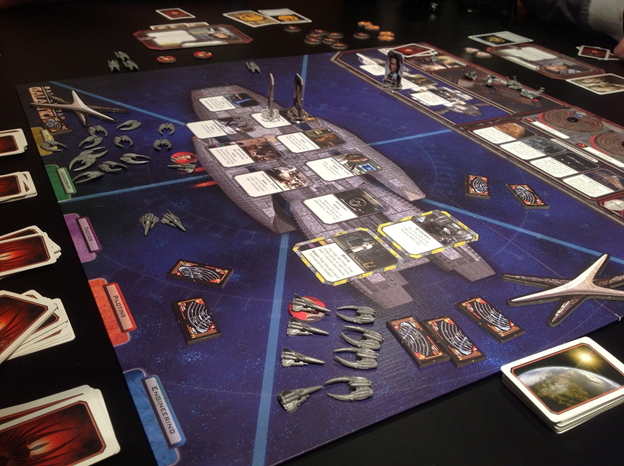 This atypical board has blown many a mind. Also, dem Cylons!

The Architecture Of A Gateway

Let’s take a step back again and slightly rephrase what constitutes a typical gateway game: it should be simple to learn for its audience; it shouldn’t overstay its welcome on game length relative to the attention span of its new audience; it should have a theme that doesn’t overwhelm or put off its new players. While it might not work this way for most people, Battlestar Galactica worked as a gateway game for me because it still met all these criteria. It didn’t take me more than once through the rulebook to learn it (and I didn’t have to keep referring back to the book while teaching it to others soon after). The theme was a draw, not a detractor. The length wasn’t an issue (though I have since looked up a short game variant on BoardGameGeek and have used it more now than the regular length game).

What I’m trying to say here is: given careful attention to your audience, any game can potentially be a gateway game.

Now with that said, am I going to use a medium-weight game like Battlestar Galactica to gateway others on a regular basis? No, of course not. Not everyone wants to play a multi-hour game when they sit down. Some people don’t like to lie to their friends. Some people hate sci-fi. But do they like the cat and mouse feel of stealth games? Maybe they’d appreciate Specter Ops, a light hidden movement game. If they’re already gamers of a sort, with Halloween around the corner, perhaps they’d even appreciate the heavier and more thematically appropriate Fury of Dracula.

For groups you don’t know, I’d recommend having the some of the classics or things on par with them to bring in new gamers. But for groups of people you know better, or if you have a chance to talk with new folks and ask them about games they’ve played in the past and what they enjoy, making a tactical pick to suit the mood can rock game night even harder for those entering the hobby. 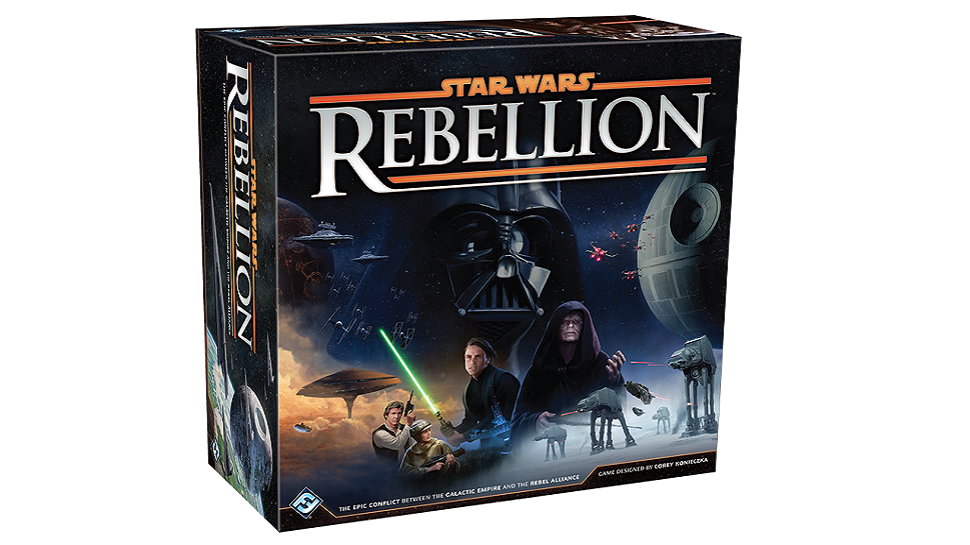 Do you have a friend who's a Star Wars uberfan? Here's a 2 player game that will probably hook them instantly, as long as you can be sure it's not too heavy for them.

Must-See Sights From My Guidebook

Having a sense of what games can act as impromptu gateways is all about being in tune with what that game is at its core and who your friends are at theirs. Feel free to deviate from the following list if there’s a game you just know is perfect for your friends or family. If you need suggestions, however, I’m going to include a short list of suggestions here. Don’t consider these as absolutes, but rather consider them something to get your mental gears turning. Maybe it will give you ideas of other, less typical games you could turn into gateway games in the right situation.

And finally, always gauge the mood in the room. Gateways are at their best when everyone’s raring to play! Happy gatewaying!

Do you enjoy our content and want to receive updates when fresh articles hit the presses? Like us on Facebook and Twitter to get all the hot scoops! If you really enjoy our content, consider supporting us on Patreon, too. Even just a dollar goes a long way to keeping the site ad free!