From Jedi To Vikings

For Honor, And The Modern Evolution Of Old-Time Sword Fighting 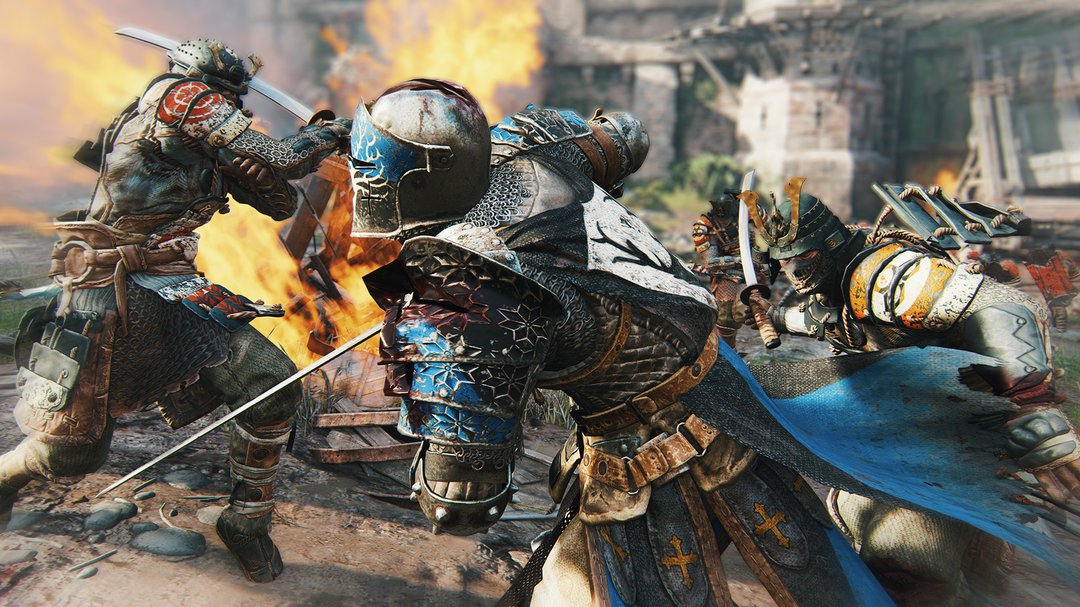 It all began at the wedding of one of my good childhood friends. I was a groomsman. We all were, the rest of the group. Friends since middle school, still friends after over two decades of knowing each other. Another of the group actually got himself ordained so he could conduct the ceremony. My friend, whose day was supposed to be one of the most memorable in his life, also took measures to make it one of the most memorable of ours. And not just from the food and festivities. His gift to his groomsmen was lightsabers. Full sized, light up, metal hilt, capable of being smacked against each other. My friend is a classy, geeky gentleman through and through.

Swinging that thing around back in my room at home rekindled in me a desire to play what I still consider to be the definitive lightsaber fighting game, even though it’s over 14 years old; I’m a sucker when it comes to games with sword duels. Star Wars Jedi Knight: Jedi Academy did something that precious few games had ever done or have done since. This game incorporated more than just light/heavy attack buttons: it combined directional controls with melee attacks to give players the ability to fully control their lightsabers. You’d play in a standard first-person view when using guns, but the real fun of the game came from flipping out your lightsaber, swapping into a third-person view, and playing like the Jedi or Sith we all wanted so desperately to be. The direction of your movement input and stance determined how your saber would swing, and you could chain these swings together to form combos. Actual lightsaber wielding!

Allow me a stroll through memory lane with you, and I’ll tell you how my journey relates to Ubisoft’s new release, For Honor. It’s a unique game you definitely should not miss. 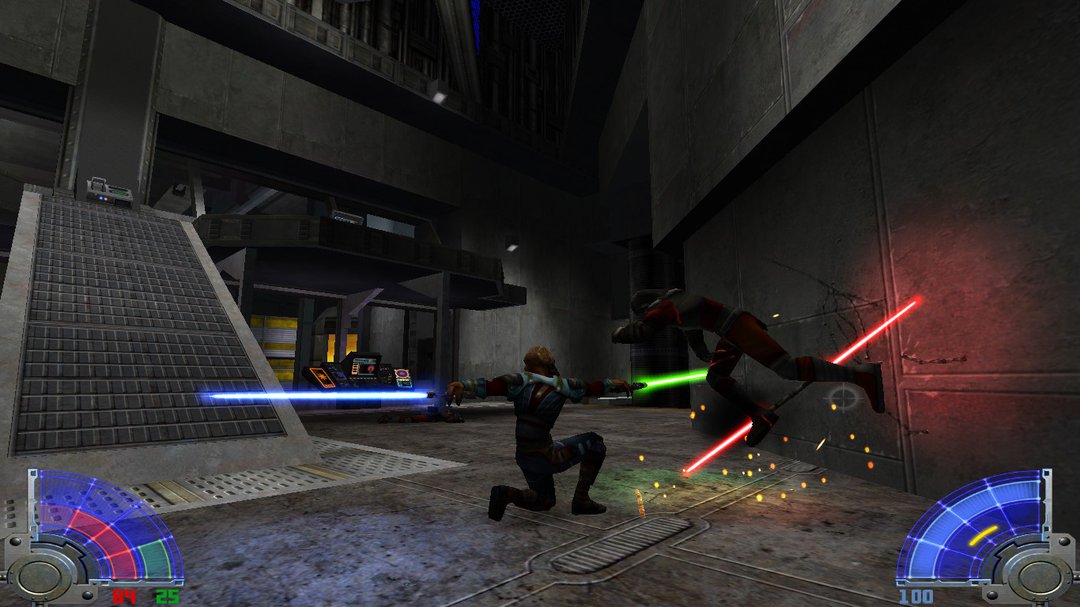 Customizing the look of your Jedi or Sith. Picking your lightsaber color. Throwing enemies around with the Force. It was all a dream come true when it was first released.

For all its ingenuity, Jedi Academy had some inherent flaws. It may have been ahead of its time, and it may have been both a refinement of the saber fighting system developed during the Jedi Knight series and a mostly successful experiment in game design, but it was sometimes also janky as hell to control. Giving players complete control over the direction of their saber swings was a genius move, but in practice linking those inputs to your movement keys made for some awkward fights. Say I wanted to dodge to my left, somersaulting in midair, and slash to my right while doing so (back in the direction of my pursuer). I’d have to hit “run left” on my keyboard while jumping but then quickly hit “run right” in midair while clicking for an attack. Keeping in mind you could “air control” in this game, similar to fighting games (huzzah for the power of the Force), performing an attack like this could slow my leftward jumping momentum, possibly landing me back into my opponent’s swings. The heaviest saber stance (my personal favorite) had the further limitation that swings would only chain into combos if the directions input were immediately adjacent to one another. So, for example, a straight forward swing could only combo into a forward-left or forward-right input (yes, the diagonals counted). Maybe you’re starting to get a picture of the elaborate tango with which you had to “dance” your character in order to both position effectively and kill an opponent. Done smoothly, you really did look like a Jedi. I’ll never forget the time some random guy on the internet joined a match full of mostly gun users playing the game like any other FPS and took us all apart with nothing but a lightsaber and a couple of force powers; I wanted to be just like that guy. But damn if there wasn’t a learning curve getting to that point.

I tried getting back into Jedi Academy after my friend’s wedding, after not having played for years. A copy was a mere $3 on Steam. I wondered if anyone was still playing it online; I’d always loved the thrill of fighting other real saber wielders. The good news was that, as luck had it, there was still a regular online community. The bad news was that they pretty much all played a mod that came out a few years after I’d stopped playing, and if the learning curve to the original game was steep then this mod’s learning curve was vertical mountain scaling. I’m talking the kind where the climb takes multiple days and you sleep in a tent suspended off sheer walls of rock. Fans had modded everything from new classes to a rework of nearly every mechanic in the game. People who had played this mod for years still regularly got their butts handed to them by veterans who had been with it since its inception. Maybe one day I’ll get around to learning its intricacies, but for now the time demands to even get to a playable level have shut me out. The Jedi Academy that I remember, for the most part, exists now only in its singleplayer. 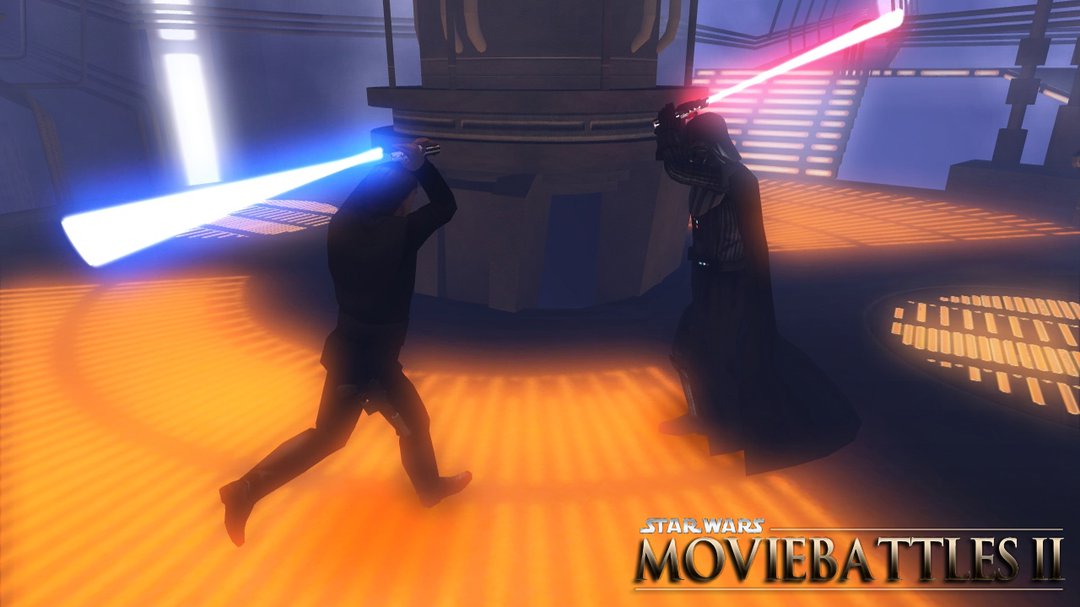 The Movie Battles 2 mod does Battlefront better than the most recent iteration of Battlefront by far. That is, if you can learn how to play it properly.

Out With The Old, In With The New

It’s clear to see at this point how dated Jedi Academy has become. Its controls and systems are products of an older time. In gaming, let’s remember that the span of time separating the current generation of games from it brings us back to the Playstation 1 era. Go ahead and compare today’s graphics to the next picture further down this article. That’s the type of advancement that’s happened in the last decade and a half. But it hasn’t been just graphics that have improved since then. Systems within games have gotten more refined over time, as well. Enter Ubisoft’s new title: For Honor.

For Honor has, in my opinion, picked up the gauntlet that was throw down by Jedi Academy so many years ago, challenging someone to come up with a fighting/action-adventure game that allows players to control their attack and defense more precisely than with simply a light and heavy input. I wrote a lightning review of it during the open beta, and for the most part the full release has been a continuation of what was set forth there. For Honor is the sword combat game for the modern gaming era. The king is dead, long live the king! 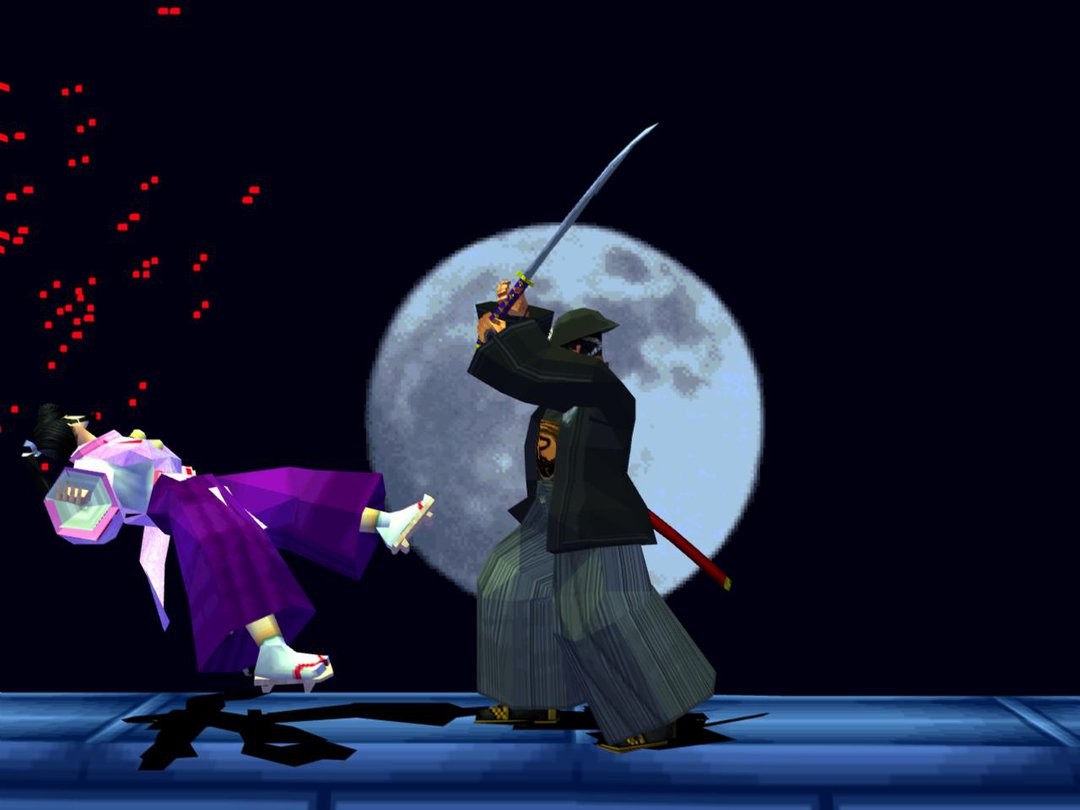 Good ol’ Bushido Blade 2 on Playstation 1. Another rare, old example of a sword game with an unusual fighting system.

Game designers have learned what makes better game design since the Jedi Academy days, and those lessons make For Honor smooth and satisfying to play. Controlling the direction of one’s attacks and blocks is amazing, but linking them to movement keys is clunky. Putting the controls on a second input (mouse on computer, right analog stick on consoles) is much better. Incorporating a lock-on key to distinguish from duel mode and free roam mode helps to shore up movement. Skills with cooldowns and a stamina bar help to prevent spamming and encourage a back and forth exchange. Character classes with their own unique additions to the combat system help flesh out personal fighting styles and preferences (this was a feature that was added to Jedi Academy through mods but was absent in the original). And when a simple score on a leaderboard gets old, having an advanceable character which earns loot/experience/levels gives you something to look forward to even when you’re losing.

There are still a few flaws in the current iteration of For Honor having to do with dropped matches and some basic gameplay elements like the change in the timing of guard breaks (largely lamented by the online community since the end of the beta period). However, as a whole For Honor delivers that epic feeling of running around a battlefield, taking out enemies with skill and a blade, your fate in your own hands. And unlike the games of yore, patches are always available to continue driving this game towards the bright place in the sun it deserves. Live by the sword, die by the sword. And occasionally toss your opponent off a cliff. Hey, variety is the spice of life! 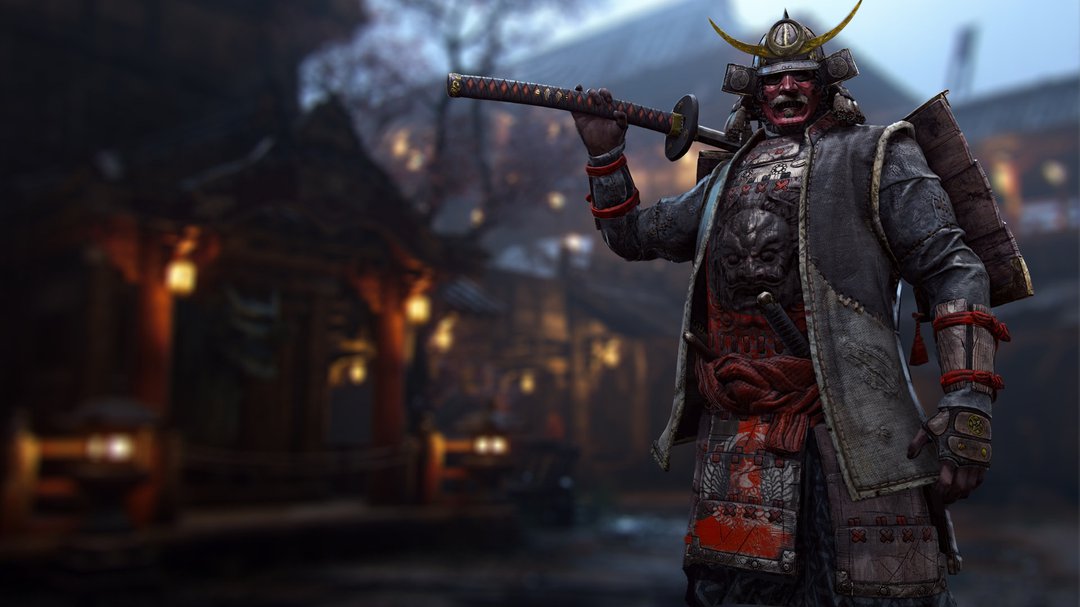 ...except when you're trying to grind your main hero to Reputation 3 (think Prestiging at max level). Need. Legendary. Sword.

For Honor is the sword fighting game I’ve been looking forward to since the production of the Jedi Knight series was cancelled. There’s a hero for every style, an aesthetic for every eye. Despite the success of both the indie gaming scene and the newer risks triple A developers are taking, the sword dueling game still remains an elusive creature. Yet here is For Honor, resplendent in its medieval glory. And if by some chance its Viking calls to battle still haven’t roused you past its sixty dollar price tag (even with, have I mentioned, free DLC), I highly recommend keeping an eye for any future free-to-play weekends or sales (Ubisoft offers some deals through its Uplay service as well). This once-in-a-decade experience is one you won’t want to miss.