For Honor, A Lightning Review 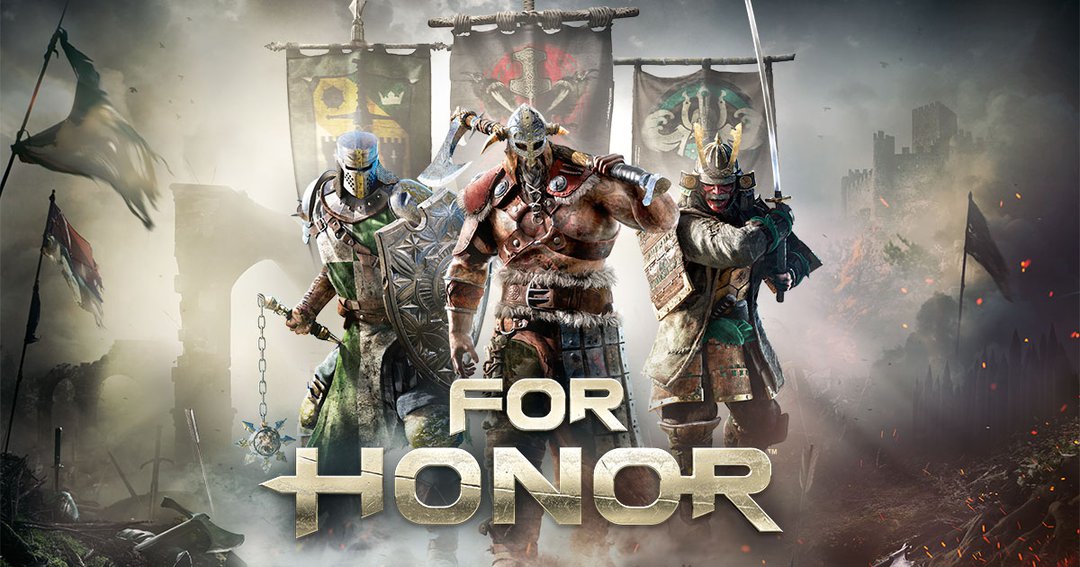 Vikings versus knights versus samurai in a battle royale to the death! Steel, armor, and in the case of the Vikings, a disregard for shirts all await, along with honor and glory! For Honor is Ubisoft’s latest creation, currently in its open beta period through February 12th (you should still have over a day to catch the beta at the time this is posted). I’ve managed to get both Eric and Wyatt to cross blades with me online. So what do we think? Here are our first reactions to the game, releasing in full in just a few more days, February 14th.

Please note, this review is based off the For Honor open beta, before its full release. 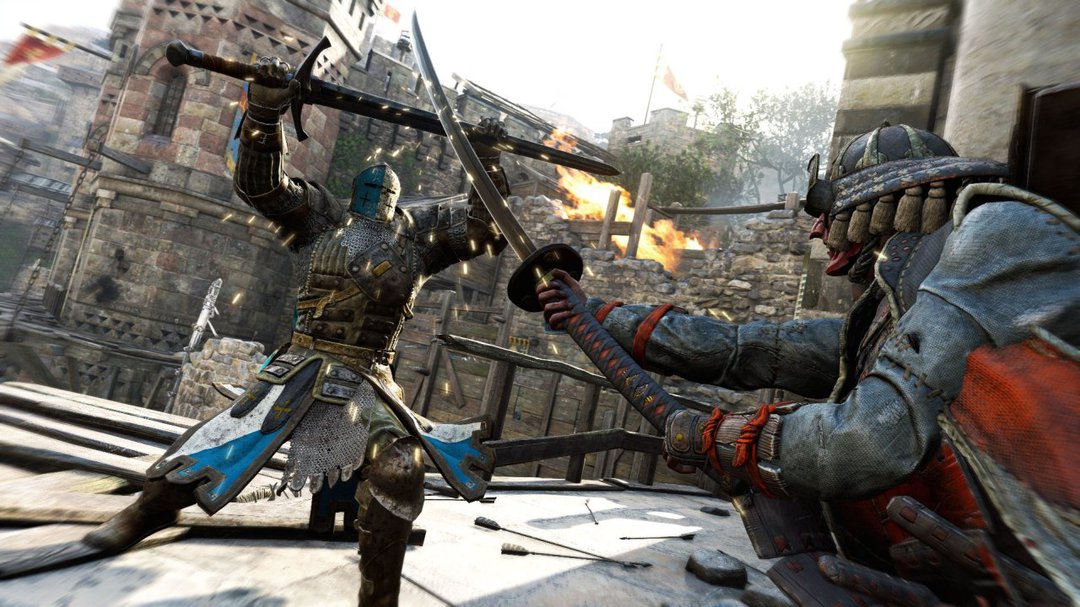 Thou shall not pass!

In For Honor, players take control of one of the three factions mentioned above. Victories in battle allow you to send resources and soldiers to map locations on the battle-worn continent. While the individual matches are system specific (PC/PS4/Xbox), the overall faction war crosses platforms to determine who is the most epic. Battles can be played out in duels, 2v2 brawls, 4v4 elimination brawls, or a point control 4v4 map called Dominion, replete with generic soldiers flooding the field of battle. Rewards are given out at the end of each “season” of combat. And while you work for the good of just one faction each season, you’re always able to play with any of the factions’ heroes at any time.

Combat isn’t your standard 3rd person action-adventure fare, however. The closest comparison is to that of a fighting game. As you run about the battlefield, you may suddenly find yourself staring down an enemy hero from across the rampart. You hit your lock-on key. The rest of the battle fades into your peripheral vision as a 1 on 1 duel ensues. Like a fighting game, you have all manner of blocks, counters, grabs, counter grabs, and feints at your disposal. There are also light attacks, heavy attacks, unblockables, uninterruptables, multiple stances, and more that you can chain into various combos. Environmental awareness and positioning will serve you just as well as your raw fighting prowess. Whether you live or become worm food—well, your fate is in your own hands. 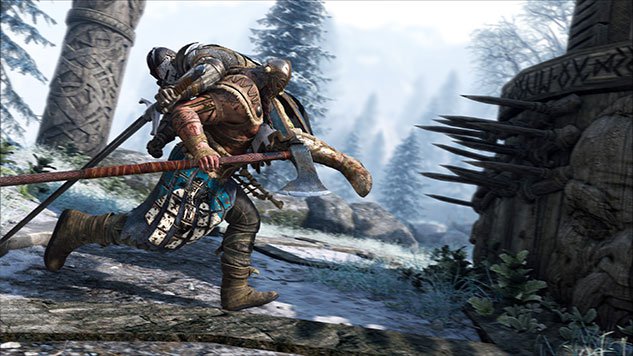 Along with some very satisfying executions, you can do all kinds of great stuff with the environments. Like medieval accupuncture!

This game has it all! There are special classes within each faction, each with their own little unique abilities they mash into the combat system. That system itself is rock solid, and you feel like a total badass when you win a 1v1 and capture a contested point. If you can survive a 2v1, you feel like a battlefield god! The motions are fluid, the graphics are gorgeous, and I’m very excited about the additions that will make their way into the full release. There’s going to be a co-op capable story mode and a new hero for each of the factions! Not to mention all DLC will be free, with unlockable classes purchasable with in-game currency. I have been waiting for a game like this for years; the way it combines fighting game mechanics with open, objective-based action—I could play this game to Ragnarok if I’d joined the Vikings. I didn’t. I joined Samurai. Banzai!

Adam's asked me to add a few words. Since I have some "combat" experience from my time as a fencer and a SCAdian, he's specifically asked me to give my thoughts on how the combat in For Honor compares to my own real-life experiences.

I would describe the combat in For Honor as "realistic-ish." It's an intricate system with a lot of techniques and tactics that you'd see in actual armed combat: attacks and parries, guards and guard breaks, feints, dodges, and so on. The three attack and guard positions in For Honor (left, right, and top) mirror the main directions that a person with a sword or axe can attack from in real life. Combat involves a lot of maneuvering for position and trying to find an opening, otherwise you'll just waste your energy hammering on your opponent's guard. Believe it or not, the fatigue meter is pretty accurate too. You'd be amazed at how quickly you exhaust yourself swinging a real sword and shield around. All of that is probably the most accurate representation of armed combat that I've seen from any video game, with the possible exception of Bushido Blade.

Then, of course, there are the things that are not so realistic. Special attacks, the Revenge meter, and the fact that a sword or axe wound doesn't immediately remove you from combat come to mind. It is a video game, after all, and I think For Honor strikes a great balance between realism and game logic to give you the experience of being a great warrior in the midst of a battle. 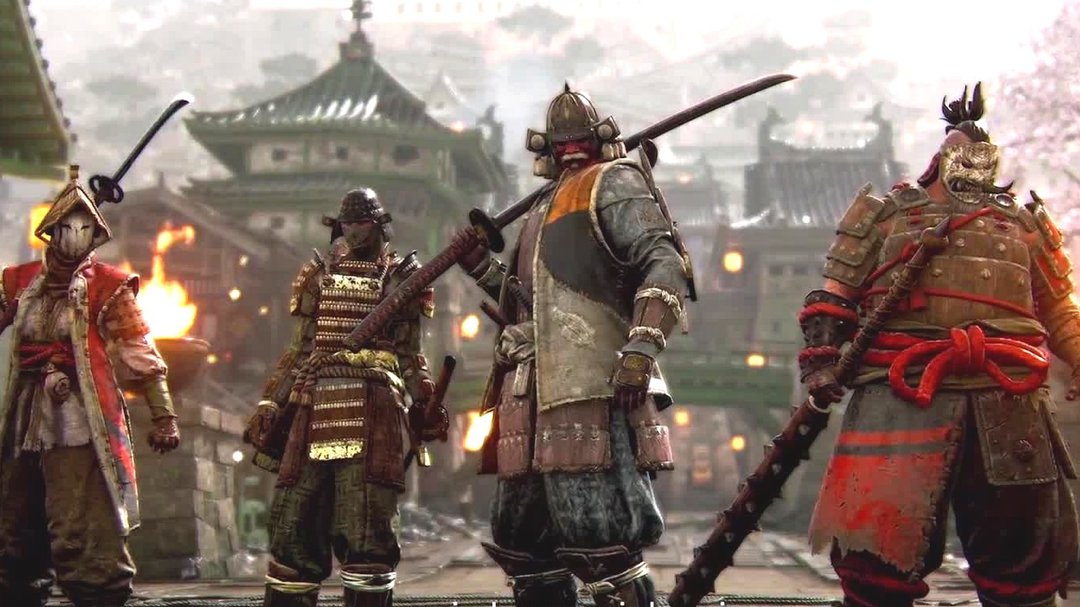 The best faction. And if Eric or Wyatt wants to disagree, they can come at me, bro!

Simply put, there's just no game out there today that does what For Honor does. At least, not to this degree. Our recommendation is to catch the rest of the open beta if you can. The full game will retail between $60 and $120 USD, ranging from the basic game to the collector's edition. For $100 (the second most expensive purchase option), you get the season pass, most notably containing a bunch of extra, free currency (which you can earn through regular play) and 1 week early access to all new unlockable heroes before they become available. It should be noted that those characters can still be unlocked with in game currency a week later for those that do not purchase the season pass, however, so purchase the level that you think suits you best.

This one is going on my must-purchase list for 2017, and I hope to see you on the battlefield!