Kill The Life Of The Party 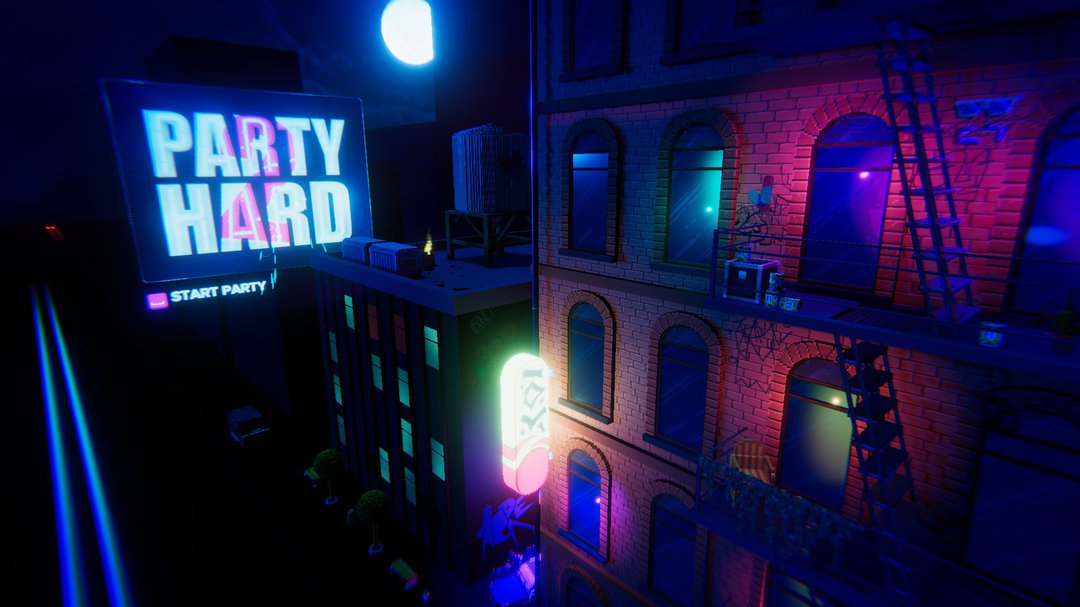 Who hasn’t been in this position before: it’s late at night, you’ve got work in the morning tomorrow and the house next door is blasting house music, there’s no way you’re falling asleep. What would you do? Cover your head with a pillow like a schmuck or go do something about it? Well, if you’re the Party Hard Killer, you’re going to do something about it. This should also be your warning that this is a game that is about to deal with a lot of content that is going to get dark very quickly.

At its best, Party Hard 2 is a rewarding slasher puzzle hybrid. Unfortunately, these peaks aren’t reached as often I would have liked. Most of the time, the game could turn into a chore of figuring out unexplained rules, or discovering a roadblock to finishing the level I found myself stuck on multiple times. It’s these more common lows that killed the party before a masked psycho even showed up.

The game starts by making the Party Hard Killer look like a man driven mad by his mundane routine in life. In between the endless cycle of waking up, taking meds and going to work, he’s kept up one night by a party and goes forward to live by his namesake. The game constantly jumps back and forth between your party habits (electrocuting people, burning them...) and a TV interview conducted two weeks after your spree by what can only be described as a shoddy Ryan Seacrest-type and your former therapist. It's an interesting approach that adds a level of depth to what could have just been an outright ridiculous concept without any deeper plot. 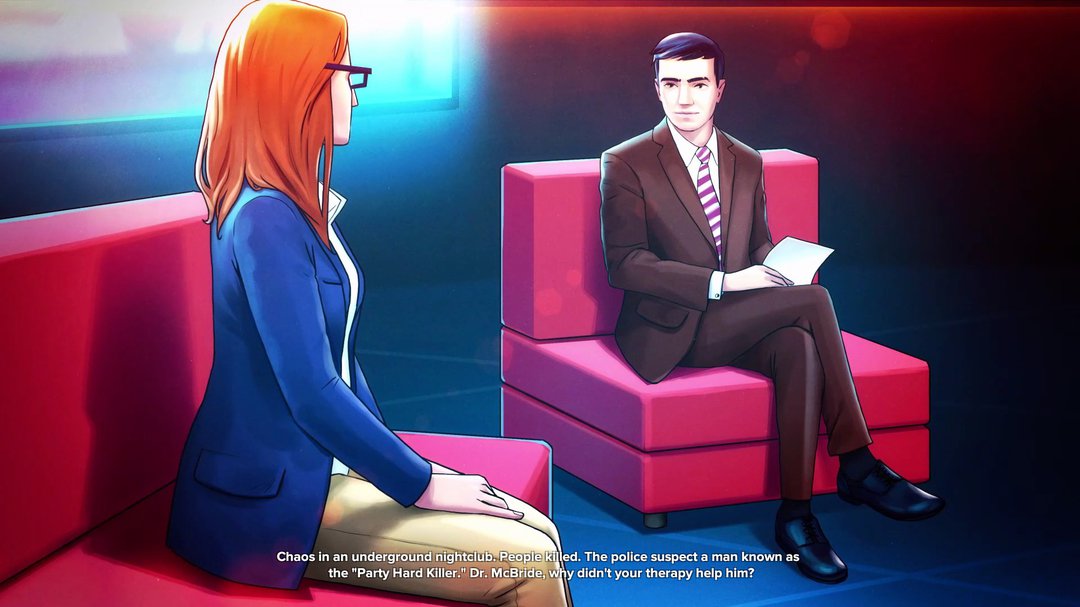 Narration hints at your motives, since actual levels focus on the puzzle before you.

Barring the question of “whatever happened to doctor-patient confidentiality?” these two characters guide much of the story, which only makes it more unfortunate that their voice acting is less than stellar. That being said, there is an interesting and tangible story of corporate evil and twisted revenge that makes all of the killing worth it. It didn’t stop me from questioning why it was happening in the first place. With an actual enemy present throughout the story and the titular killer gunning for them the whole time, I often said to myself at the start of every level “why am I killing random party-goers?"

In fact, a lot of things in Party Hard 2 seem to be random for the sake of it. There’s no explanation or connection for why you’re slitting throats at parties and the in-game objectives which seem to have some connection to the story. For a game that’s about a psycho killing people, I found myself thinking too much and too hard about the story and what I was doing. This is one of the rare cases where a game’s experience would have been better off without a storyline that begged for critical thinking or questions. At the same time, not trying to give a deeper meaning would mean that more of the choices in this game become even harder to justify. 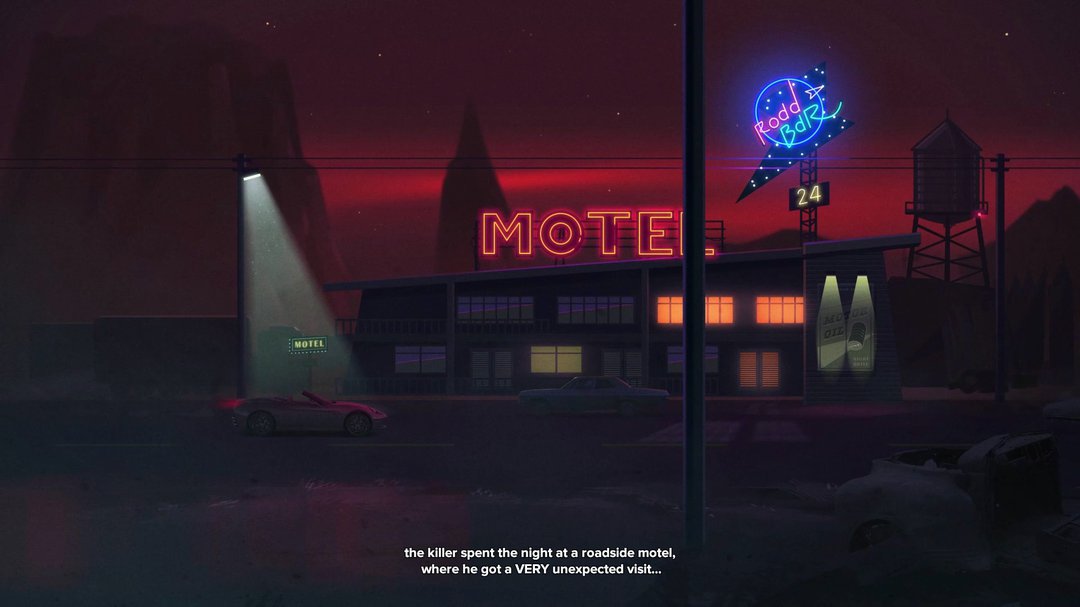 Your journeys bring you many locations, including an abandoned hospital turned into a rave center.

Lost in the Music

Party Hard 2 shines the brightest when you’ve gotten used to a level after a few tries. You know its objectives, and have a run planned out; once you pull away the theme of indescriminate violence, this is a game of puzzles after all. Understanding the layout, finding shortcuts, what items spawn where and when guards might arrive were all personal objectives I had set out for myself before I even tried to check off any of the actual objectives. While trying to complete my list of to-dos, I found myself stopping from time to time to admire the detailed pixelated levels and enjoy the pulsating synth beats in the background. This is a game that tries to do a lot of new and bizarre things, and when it works, it works well.

But while I got lost in the music, somewhere along the line the gameplay did too. Party Hard 2 works as a hack ‘em up slasher kind of game, but by adding randomness to every level and still trying to incorporate puzzle elements, gameplay quickly becomes more haphazard and upsetting rather than fulfilling. There’s no surefire way to do anything in Party Hard 2; everything feels as though it's constantly up to chance. The added fact that someone witnessing you in the act of murder essentially causes a game over makes you become over-cautious. An item that you may have depended on to win a level may not be there the next time you try the level. An area that was always empty could suddenly be full of partiers, so on so forth. Of course there are some constants, like hazards and places to hide bodies, but Party Hard 2 tries to split the difference between a game where you meticulously have to figure out puzzles and a game built around adapting to rogue-like conditions. For some people this might sound amazing. For me, it was frustrating. 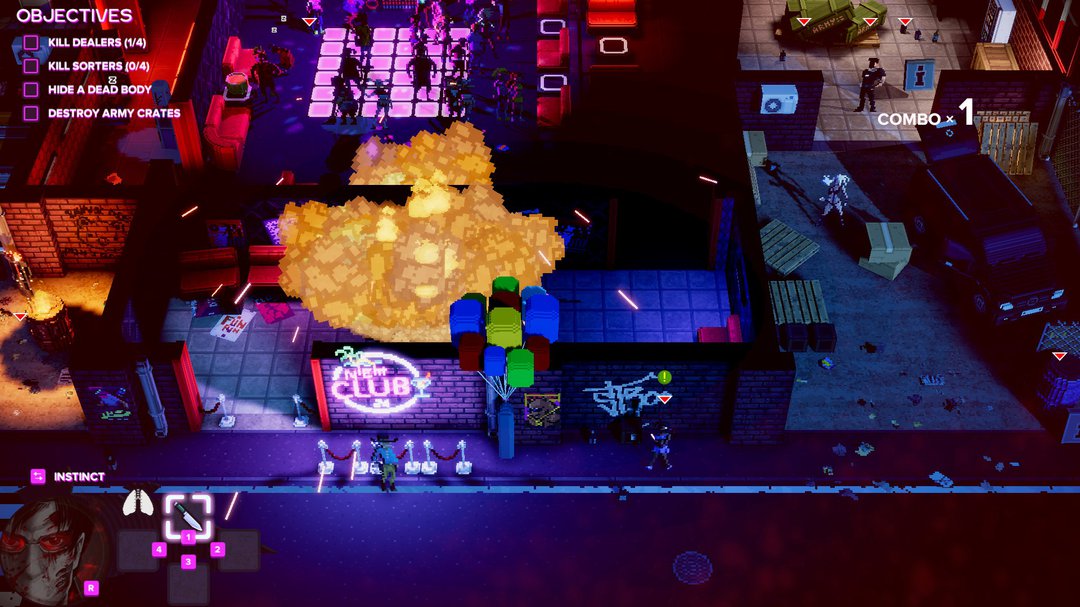 There are plenty of hazards ready for you to use, but never enough to clear a party on their own.

All that being said, when the stars align and a level goes well, there’s nothing more exciting. Boobytrapping a boombox by spilling water everywhere then turning it on, effectively frying everyone dancing around it, is sadistically satisfying. I can’t help but think that moments like these would have been more common for me if items had descriptions of what they did and how they interacted with one another.

In truth, replayability is the name of the game in Party Hard 2. Because everything is random, playing any level won’t be the same the second time around. Throw in the added bonus of hidden objectives and new characters to unlock, each with their own unique abilities, and the game can start to eat away at your time.

Party Hard 2 is a game mired with needless features. It has its roots in hack n’ slashers, but tries to branch out with a story that only raises questions and nonsensical randomness. Many of its ideas seem to clash and conflict with each other, making some scenarios feel frustrating rather than challenging. However, somewhere in the mass of dancing bodies and house music is a fantastic concept. Methodically slaughtering your way through a party is, without a doubt, thrilling. Adding secondary objectives and multiple characters into the mix makes for an almost endlessly replayable experience. All in all, there’s enough good times to stick around for the whole story, and if you enjoy it, there’s plenty more to find. 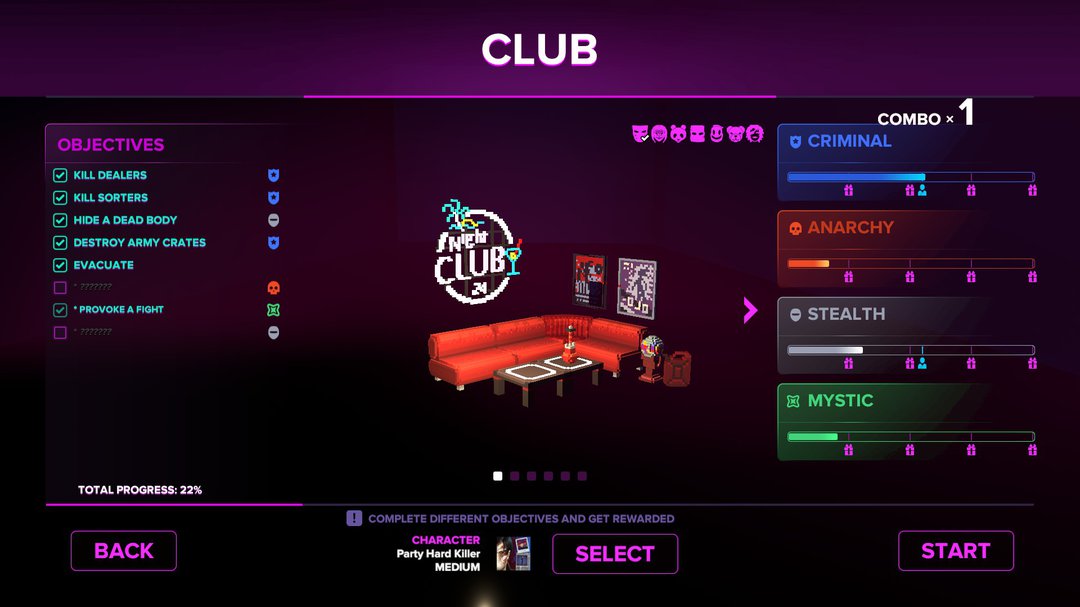 There are plenty of objectives, to work towards, giving fans reasons to come back for multiple runs.

This is a game that's not going to be for everyone. For many, the tone and the sometimes unforgiving gameplay might be a little too much to handle. For others, it's going to be something new and unique, perhaps a new take on the craziness that Hotline Miami started years ago.

Not sure if Party Hard 2 is for you? It'll be on display at tinyBuild's booth this weekend at PAX East, and if the idea behind this game interests you, go ahead and check it out for yourself.