Turning Pong Into An RPG? That's a Paddlin'

If you’re anything like me, you have never once asked yourself the question, “What if Pong were a dungeon-crawling RPG?” Luckily, some people more imaginative than us answered it anyway, and the result is just ridiculous enough to work.

In Pong Quest you take on the role of a young Paddle (the things that hit the Pong ball around) and set out to save your kingdom from... whatever’s behind The Spooky Door. What exactly is it? Well, nobody knows. That’s why it’s so spooky!

A New Life For an Old Game

Pong Quest brings a surprising number of new ideas to one of the world’s oldest video games. Most notably, it shakes up the Pong gameplay itself.

For one thing, there are a lot of special items that change how the ball behaves during matches. You can pick up anything from a screwball that makes it curve wildly, to a wall that makes your opponent play Breakout for a little while before being able to score again. 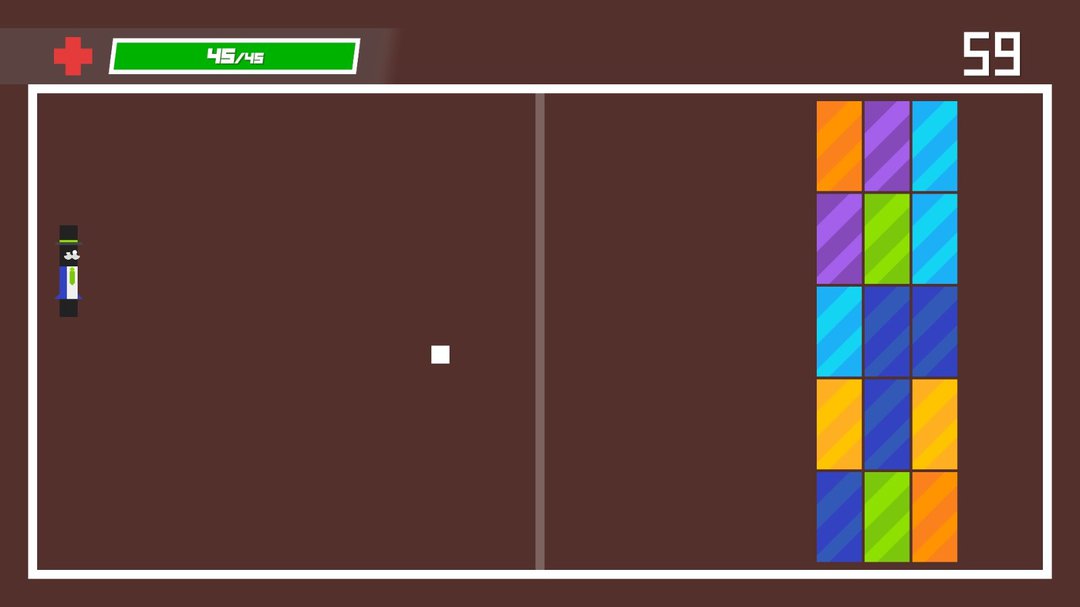 Incidentally, Breakout was also made by Atari.

For another, instead of just keeping score, now you lose a little health every time you hit the ball and a lot of health if it slips past you. The match doesn’t end until one player is at 0 health and lets the ball past for the kill shot. That’s how Pong Quest turns itself into a proper dungeon crawler with different tiers of enemies: More powerful ones will have more health and better items.

Speaking of more health, you can also level up your Paddle as you play - it is an RPG, after all! Each time you level up you’ll get to pick one of three options that will make you stronger, richer, or just plain better in some way.

At the same time, Pong Quest knows not to take itself too seriously. The characters are ridiculous, and your quest is downright silly - I mean, you’re fighting through dungeons to find keys to unlock a door, specifically because you don’t know what’s behind it but it’s probably bad. 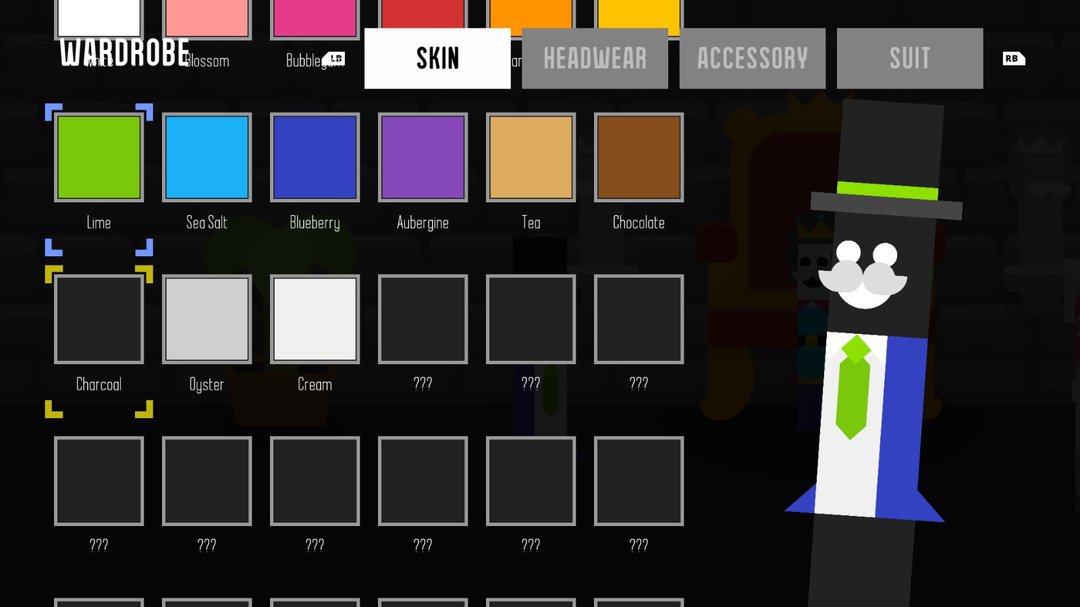 Plus, the outfits you can get are just absurd. But look how happy he is!

Lots of Fun… For a While

The main problem with Pong Quest is that, no matter how much you dress it up with items and characters and, uh, dressing up, it’s still Pong. It’s fun for a little while, but you probably won’t find yourself wanting to play more than 30-60 minutes at a time, because it gets stale quickly.

With that said, the game is also pretty short - it takes less than ten hours to finish the story mode, so the fact that you probably won’t want to play for hours at a time is a mixed blessing. It means you most likely won’t burn through the whole game in a single sitting and be left wanting more.

If you do want to play more, though, Pong Quest also features couch vs. mode (in both modern and classic Pong style) as well as an online vs. mode, so you can paddle each other to your heart’s content.

Wait, that came out wrong. 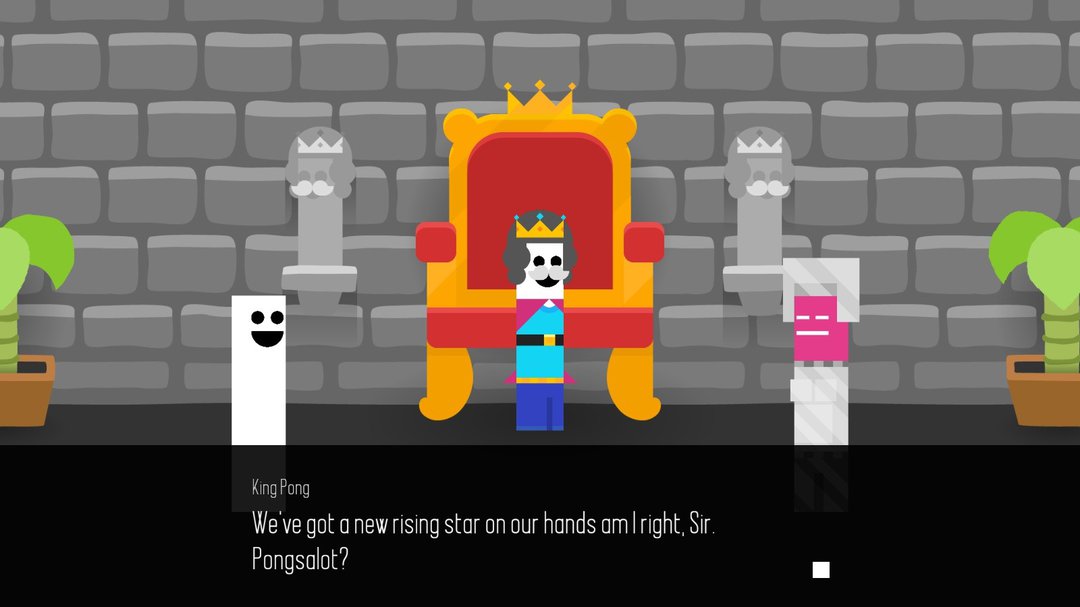 (The knight’s name is actually Derek.)

I’ve honestly had a good time with Pong Quest. If I’ve sounded lukewarm on the game, it’s just because there’s not a whole lot to say - Pong is Pong. However, this version of Pong does bring colorful characters (pun intended) and some fun ideas to the table (pun also intended). Pong Quest probably won’t be winning Game of the Year, but at only $14.99 it could be worth it as a fun little time-waster, especially if you get it for Switch. If you want a bit of a blast from the past and Pong Quest is on sale? That might be your moment to pick this up.

The one unequivocal compliment I can give to Pong Quest is that it knows exactly what it is, and doesn’t try to be anything else: it’s a novelty. Pong Quest is a ridiculous idea used to spruce up a very old game, and it leans hard into that silliness.

If you’re up for spending a few hours giggling to yourself while playing Pong, then this is the game for you. If you’re looking for a heavier, deeper, or more modern game, give it a pass.