The Mind is one of the simplest games you could ever play. You have a deck of cards numbered 1-100. Each player gets dealt a hand from that deck, and they all have to work together to play the cards in numerical order. That’s it; that’s the game. The catch is that they aren’t allowed to communicate in any way.

“So, how the heck are you supposed to do it then?” people ask. It’s all about connecting with the other players and feeling out the situation, knowing when it’s your turn to play the next card. Each round starts with a concentration phase, where the players place one hand on the table and center themselves to create kind of focus and mental connection that they’ll need to succeed. Once everyone is ready, all conversation stops and play begins. 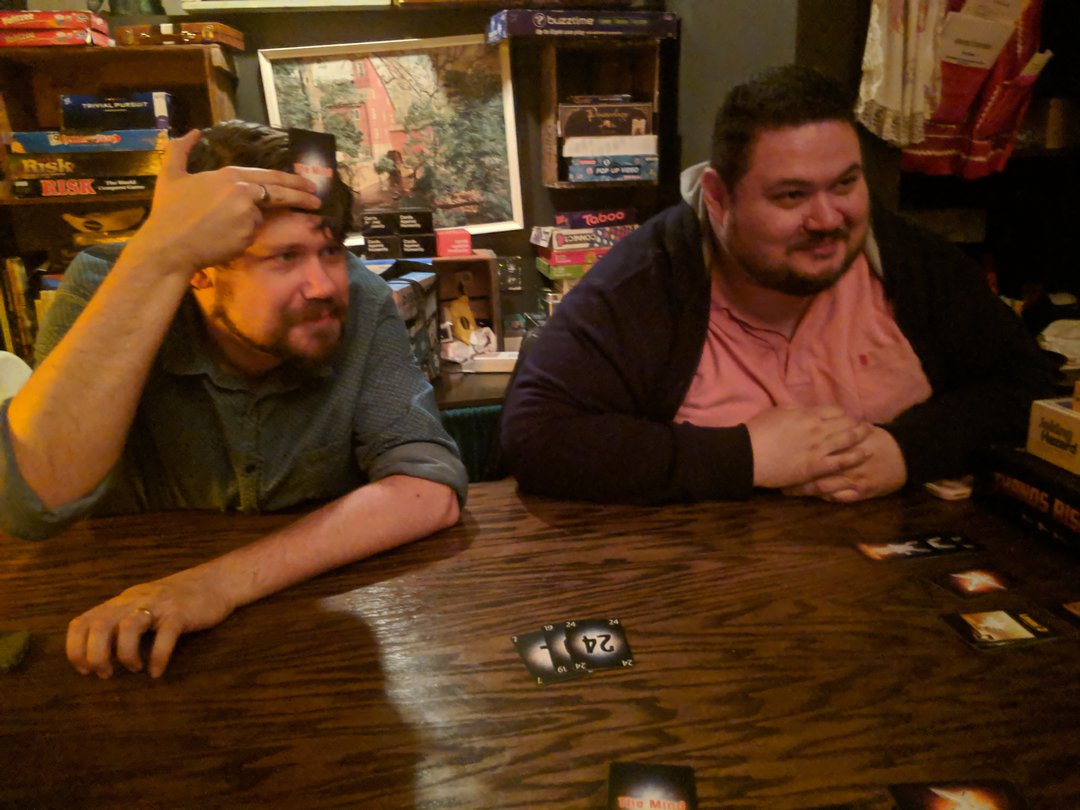 Sometimes, you have to get a bit of silliness out first.

That probably sounds like a bunch of New-Age nonsense, but it’s not. Here’s the thing: I majored in Theatre Arts in college, so I quickly recognized what The Mind really is - it’s an acting exercise. We frequently did a very similar activity to train our improvisation skills and create stronger bonds with our cast mates.

A Game About Unity Creates Division

The Mind is a game that players either love or hate. It drives a lot of people crazy because traditional gaming skills aren’t much use. You can’t strategize, memorize, or twitch-reflex your way to victory. You could argue that it’s about social deduction, but even that’s a stretch.

And yes, of course you could make some arrangement beforehand where you all mentally count upward from 1 and play the cards when you reach their numbers. It would be an easy way to win, but in winning you’d completely miss the point.

The Mind is so simple, yet so much its own thing, that it seems to defy classification. Some frustrated gamers are even hauling out that delightful old chestnut, “it’s not even a game!” That “argument” has also been used to try shouting down Cards Against Humanity and similarly simple party games, with equally little success.

Sorry everyone: You don't have to like the game, but it's definitely a game.

Personally, I fall firmly on the side of loving it. In spite of how simple it is, The Mind creates an intense experience that’s hard to replicate or explain. However, since explaining games is my job, I’ll give it a shot.

What’s So Great About It?

The Mind blends the simplicity of Apples to Apples with a Pandemic-ish feeling that you’re always hanging on by a thread. It’s the most nerve-wracking counting game you’ll ever play; especially when you’re looking at your card that’s 20 above the last number played, seeing that nobody else is making a move, and you’re wondering if it could actually be the lowest card out there.

There’s a real thrill when you do manage to put the numbers down correctly. However, as good as that is, it only gets better when several people have numbers that are very close to each other. Sure, correctly playing the 30 on top of a 15 feels great, but only half as good as someone else then playing the 31 on top. That’s when you realize that your numbers were that close and you still got it right! 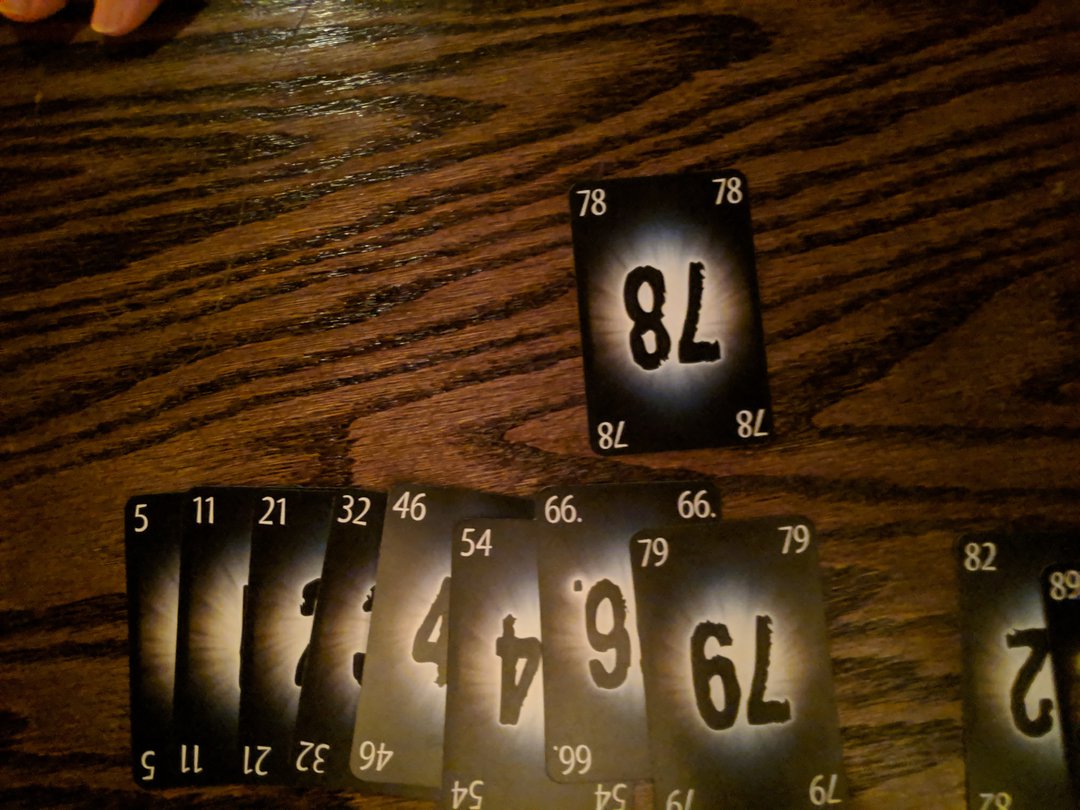 We were so close on this one!

The main attraction for me is the way The Mind brings the players together. It really does forge a connection, and you can tell when someone’s not fully invested in it. As an example, I first played this game at a local game store, and one of the managers was playing with us. At one point during the game he tried to answer an employee’s question at the same time we were playing, and our cohesion - and our ability to play well - fell apart. We immediately lost two lives just during the short time his focus was split, and another player said (half-jokingly, but still accurately) that she “couldn’t feel him in her head anymore.” That in itself really sums up the experience.

In short, The Mind thrives on simplicity, intensity, and a very real sense of connection.

Well Worth The Little Money

With a price tag of $14.99, The Mind is a pretty small investment for a really unique game. I would gladly recommend it to just about anyone. I put what little money I have where my mouth is, and bought a copy myself right after trying it out.

Whether it’s a quick little game to break out at the bar, or a team-building exercise before an intense round of Spirit Island, I think that just about anyone could find something to enjoy here. I know that it’s going to be a pretty permanent fixture in my own bag of games for a while to come.