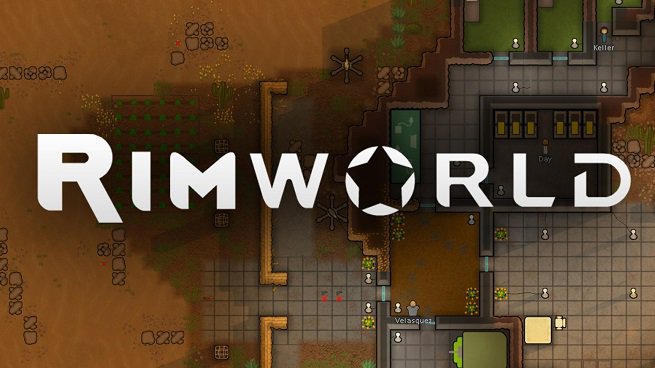 Rimworld , developed by Ludeon Studios, is an entirely new breed of simulation game. Crash landing on a desolate planet, or Rimworld, you, the player, are tasked with surviving on the foreign exo-planet that you’ve ended up on. But survival in Rimworld comes in many different forms for players to explore, and along the way, Rimworld opens itself up as a storybook waiting to be written by the player and their every choice. 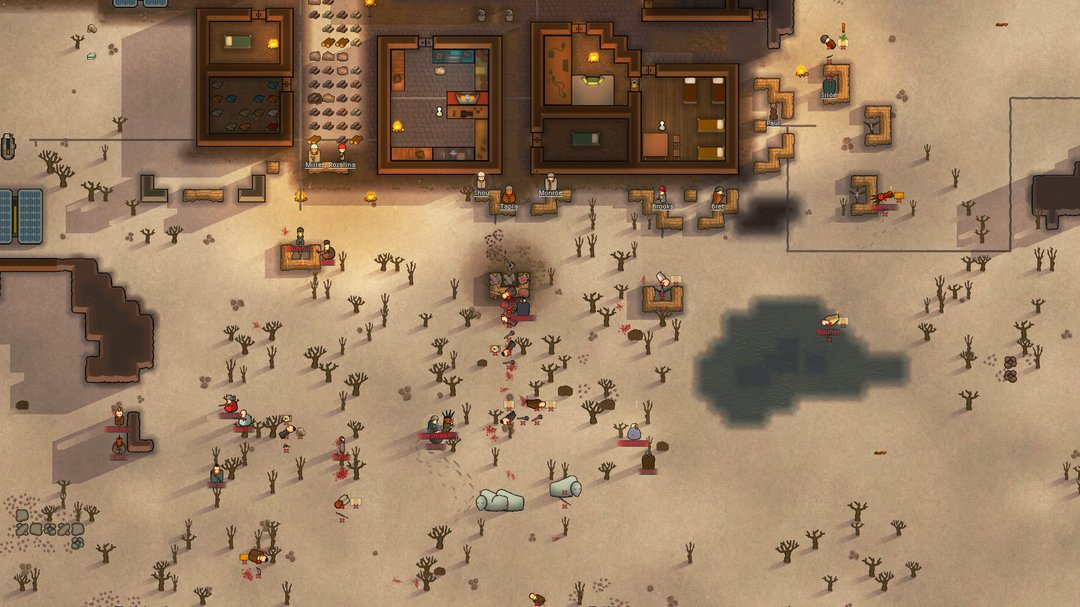 It is also where things can go terribly, terribly wrong

Building a Colony and its Story

Landing on a randomly generated planet, you are confronted with building shelter first, like in most games revolving around survival. Colony building is one of the points where Rimworld shines the greatest; the building system is akin to that of Prison Architect, unrestricted in terms of space. In fact, the two games for the most part share the same art style as well, and watching as your colonists dart off in different directions to perform their tasks is like watching your own well-oiled machine run. Soon enough, I had my first semblance of a colony coming together.

The next issue I had to sort out was food. Readily available are different vegetables that can be planted and animals that you can hunt and cook. Colonists have a long list of other needs however, from joy to comfort, and without fulfilling these needs, your colonists suffer from a mental break, and attack the colony or leave it entirely. It's a balancing act you have to manage. Finally, you need to protect your colony from the foes that Rimworld will constantly hurl at you, such as raiding tribes people or attacking pirates. Your colonists start as your first line of defense, sporting simple handguns and melee weapons early into the game. Later on, as your colony develops more complex technology, automated safety systems make those worries a thing of the past. 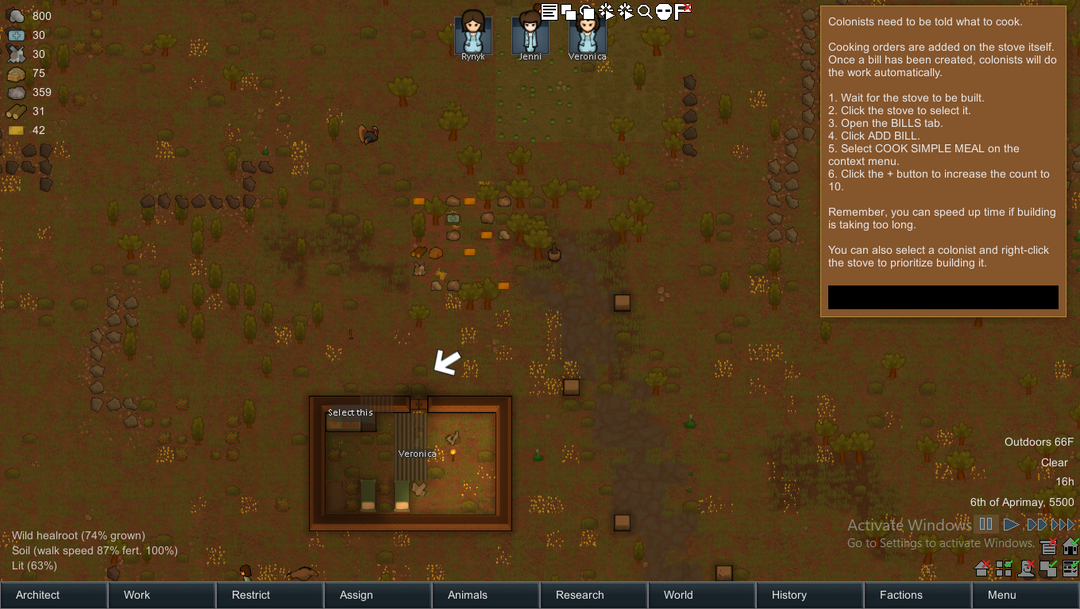 You start small, and build up quickly - but the more you build, the more can go wrong...

As you take time to build your colony, Rimworld introduces its own way of storytelling, different events that occur randomly as time passes in-game. These events range from the mildly-threatening rabid animals and extreme weather, to enemy factions that send groups to raid your colony and deadly diseases.

These events force change in your colony as colonists get hurt or killed. In the downtime between events, colonists themselves drive the story of your colony forward by interacting with each other through Rimworld’s deep social mechanics. Colonists may sometimes find love (or hate) in their colony, and want to develop a relationship, or get married.

Get to Know Everyone!

The colonists that make up your colony will be with you for a long time (hopefully) as you try to survive; you might as well get to know them! Take for example Erisen here. 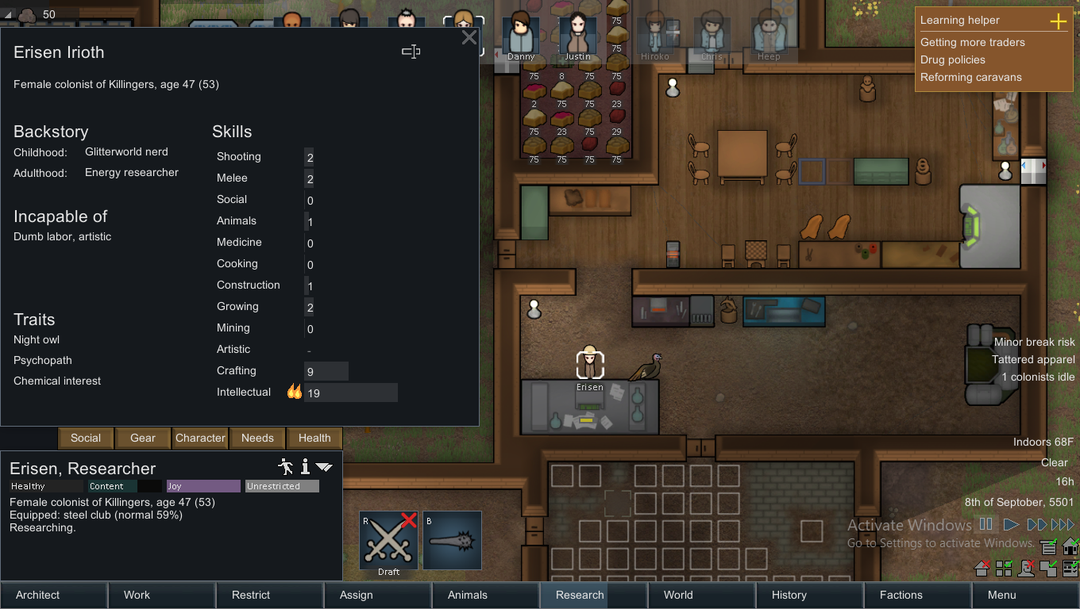 Erisen is typically found researching with her pet turkey.

Erisen is the go-to researcher in my colony. However, due to her past, she’s developed into a person that can’t do simple labor, like hauling items or cleaning, or artistic tasks like sculpting. At the same time, I’ve had to keep my eye on her and make sure she stays happy, otherwise her chemical interests may lead her to try more drugs that she finds, or become addicted to substances.

Speaking of happiness, the mechanics for keeping your colonists happy will keep you on your toes when deciding how to build your colony. Some colonists are happier in fancy bedrooms while others prefer simple rooms, or some colonists may be nudist, making them unhappy if they wear clothes. Colonists won’t do what they’re told if they stay too unhappy for long either. Some may fly into fits of rage or others may leave the colony all together.

All characters have their own traits and backstories like Erisen’s. Some might be better, and some might be worse, but in the end they are all members of your colony, and they change its story with their unique characteristics.

Hard to Play, Rewarding to Master

Through all of the trials and tribulations I encountered in my colony’s lifespan, none were quite as frustrating to deal with as the user interface. Rimworld is a game with a lot of content, and its multiple menus and sub-menus represent that. Even now, having played through multiple colonies I have a hard time navigating menus quickly to find what I need, something a search bar could quickly fix rather than key-bindings for every item and command. 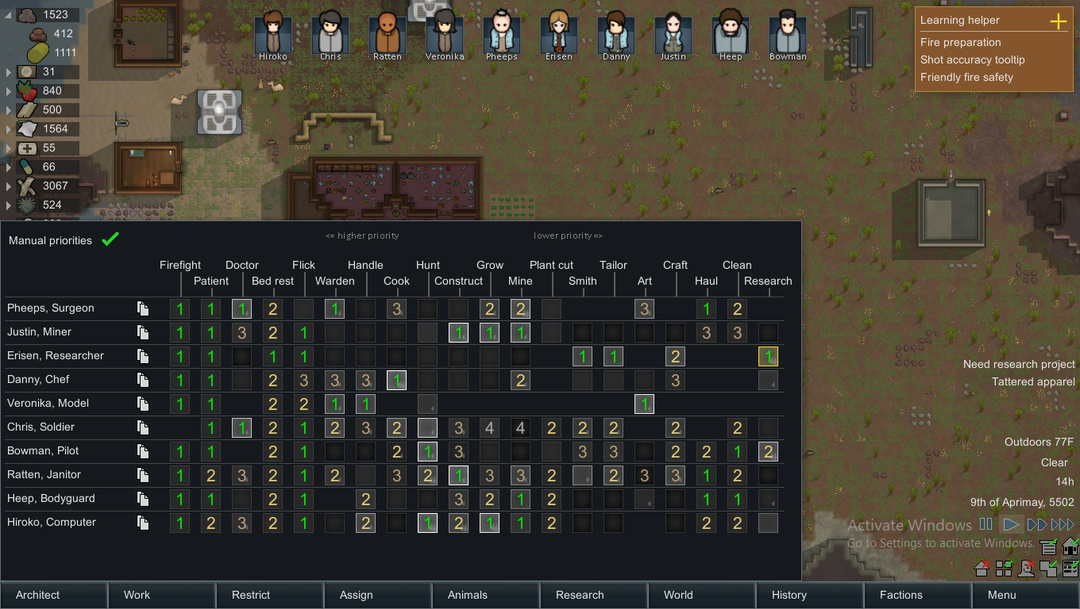 I have spent more time working on this menu than I'm comfortable talking about publicly.

Getting colonists to do what you want is another challenge entirely. The menu used to assign tasks to different colonists is set to a simple “check off what you want them to do and they’ll do it” format by default, but using this mode lead my colonists to do what I didn’t need them to do. The more complex format of this menu rates tasks in importance by numbers, and, while more efficient, is incredibly complex, especially as your colony grows and fifteen different colonists need assignments. The more people you get, the more rewarding the game becomes... but the chance of something catastrophic occuring grows as well.

This is a game you play not for an easy victory, but because you enjoy the ups and downs of a challenge.

Despite its interface hangups, Rimworld remains an entertaining experience for me. Watching my colony grow and taking part in its ever evolving story held me captivated for the eight hours my colony lasted before being outnumbered by pirates in an attack. I just don’t look forward to the end of my next colony, when I watch as it is attacked and destroyed all the same.

What I do look forward to are future updates to Rimworld, which promise to add more content in as development continues. For now, I urge anyone that enjoys unforgiving survival worlds to give Rimworld a shot. By the end of the story, you might be crying or ripping your hair out, but getting there makes it all worth it.