A Satisfying And Symphonic RPG 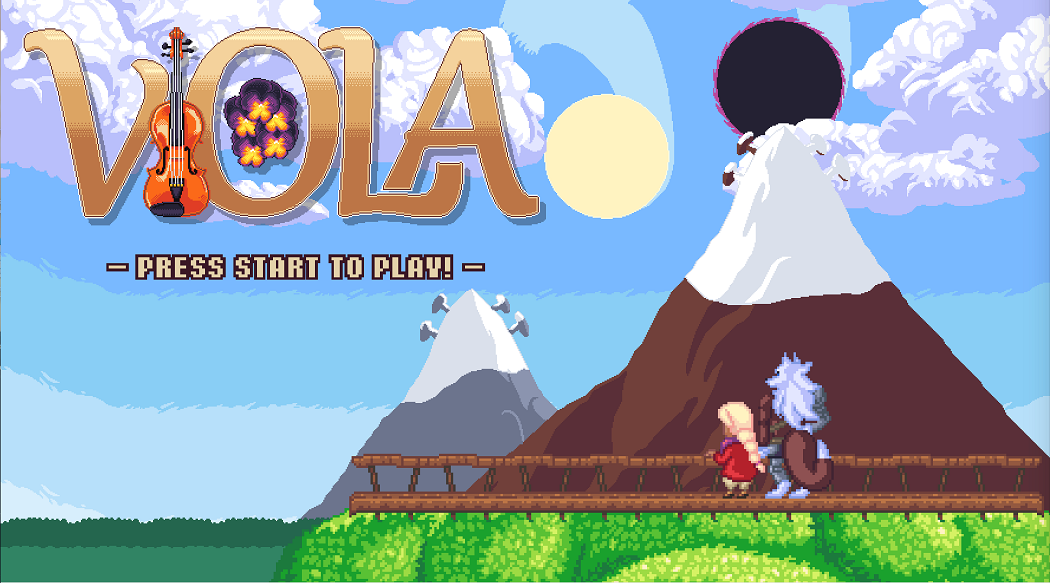 Roleplaying games and music are two delicacies that go together like fine wine and perfectly aged brie. From the sweeping orchestrations of Nobuo Uetmatsu to the high fantasy fanfare of Skyrim, musical presence has also played an incredibly large role in the RPG experience. 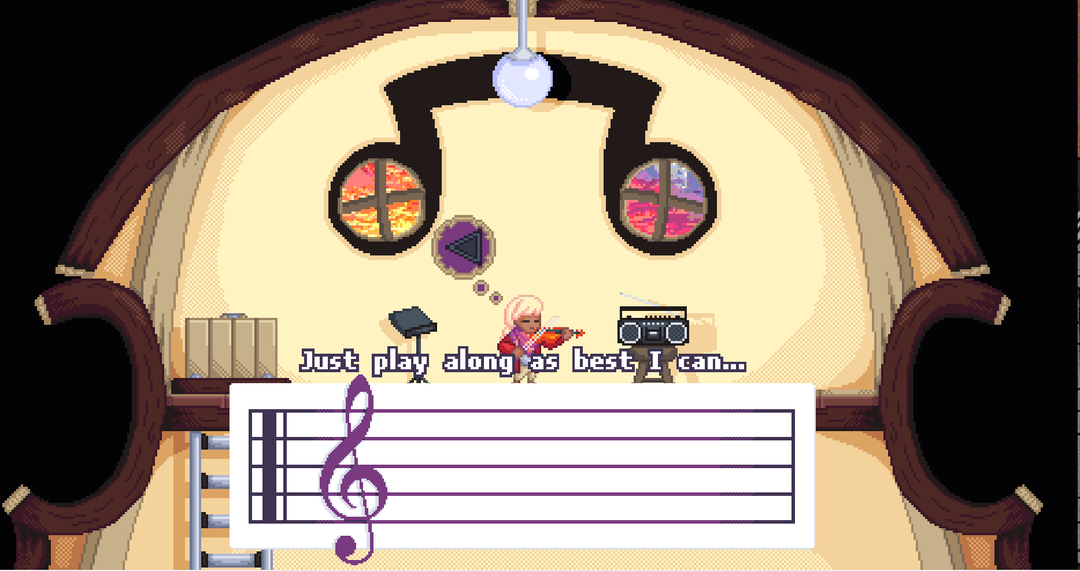 Viola, available via Steam and developed / published by Jelle van Doorne, takes this relationship one step further. A musically-themed platformer/RPG, this game embeds musicality right into its gameplay formula. It's a tricky tactic to take, but the results that I've seen are very satisfying.

We meet our main character, Viola, as she’s learning to play a Bach piece on her violin. The game strategically sets up for the player to “play” the piece, getting you ready to think its a tutorial... only the commands are presented at rapidfire pace which can't possibly be achieved. We find out that the violin she is playing belonged to her deceased mother, who was a gifted musician. Understandably, Viola gets frustrated that she’s fumbling the song. She raises the violin above her head, and just as she is about to let her anger get the best of her, the violin opens a portal that transports her to a cave in a mysterious new world. 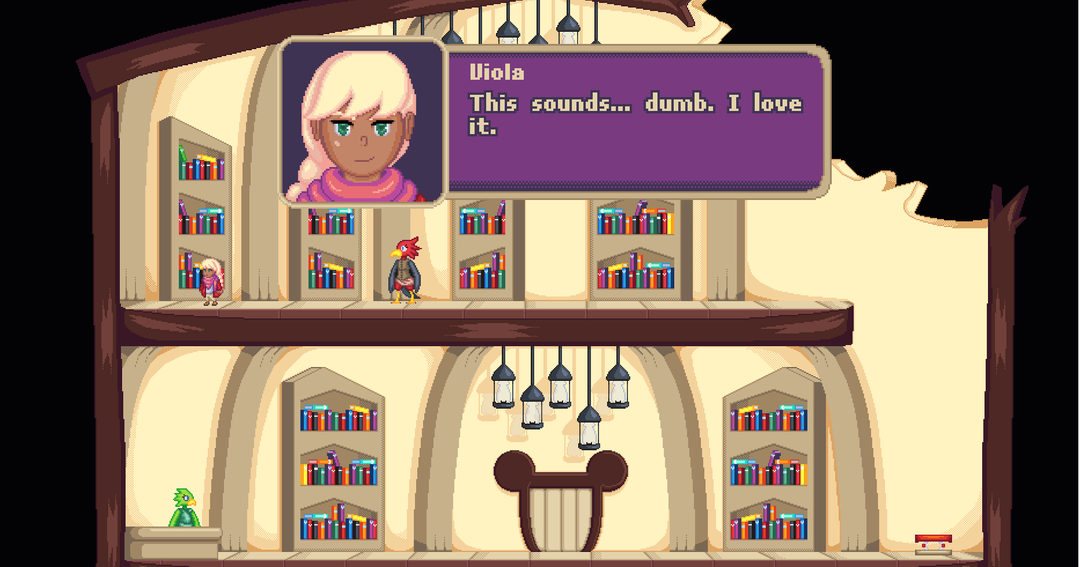 Vylna, the setting of Viola, is music nerd’s dream. Viola will romp through lush greenery and towns with saxophones and string instruments built right into the infracture. It’s clear that music is a core factor in the life of the citizens of Vylna.

As Viola tries to find her way home, she accrues a party of various fantastical characters, who also happen to be musicians. In the early access version available now, we meet the anthropomorphic wolf warrior / cellist Fenrys, a cat mage / tuba player named Nico, the knight/ piano player Soleil, and a young harpie adventurer / harpist named Momo. As if Dorothy fell into an Oz sponsored exclusively by the local music shop, Viola follows its heroine and her new group of friends as she traverses a colorful, whimsical land of new possibilities and imaginative landscapes. 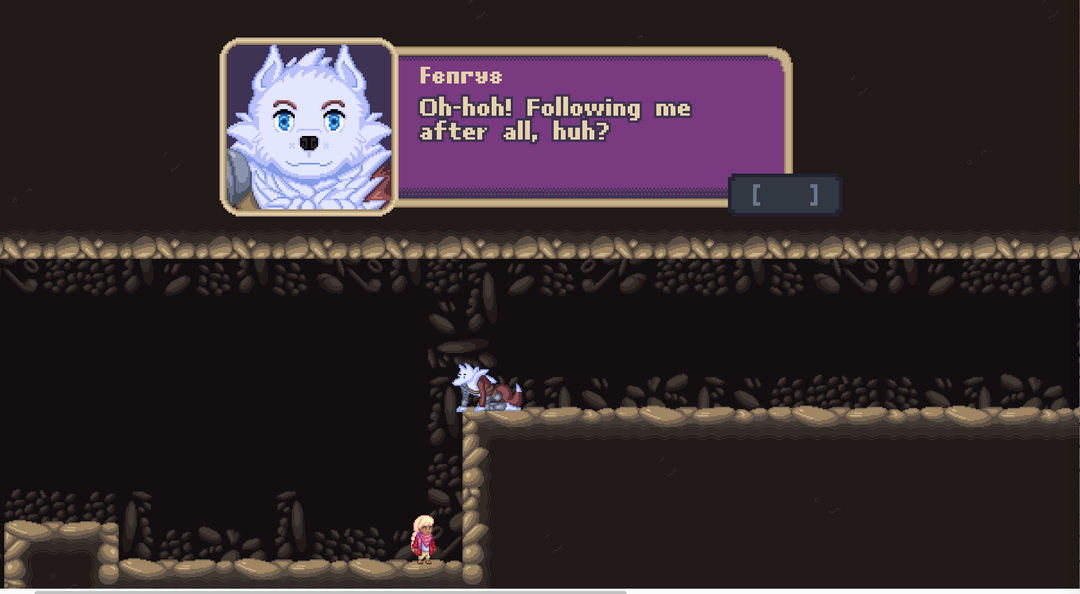 There's a lot of charm in Viola that goes a long way to drawing you in.

Viola oozes with charm. Beyond just the musical themes and fun gameplay, the game is filled with fun, snappy dialogue. I was immediately amused by the banter between the cynical Viola and good-natured, happy-go-lucky Fenrys. The game’s presentation is reminiscent of old-school Sega / anime games, like Zero Wing. Anyone who enjoyed the simple humor in classic titles such as Chrono Trigger or Paper Mario will get a kick out of this.

In their 1975 classic “Houses of the Holy,” Led Zeppelin stated “let the music be your master, will you heed the master’s call?”

Viola took that sentence literally. The player needs to master its percussive whims in order to succeed in gameplay. Like an epic cross between Crypt Of The Necrodancer and Final Fantasy, this rhythmic RPG employs a traditional turn-based style of gameplay, complete with an active time battle system. When a party member executes an attack, the player must input a specific pattern of keys (or buttons, if playing with an Xbox or PS4 controller) in accordance with the rhythm bar. The accuracy of the player’s rhythm will affect the potency of an attack. If you achieve a “perfect” sequence: max damage. If you land a “meh,” we’re looking at about one damage.

In addition to the basic attack command, Viola utilizes two types of magic, which consume either “Ability Points,” or “Crescendo Points,” which pack more of a punch. These spells will require different inputs, such as holding a key for a few seconds before kicking in a brief rhythmic cadence of different keys, or button mashes before a long held-out note. Each character has a different assortment of spells, which serve as offense or support.. Also thrown in for good measure are the tried-and-true use of elemental parameters — for example, Nico uses a lot of water based spells, which are effective against fire enemies. 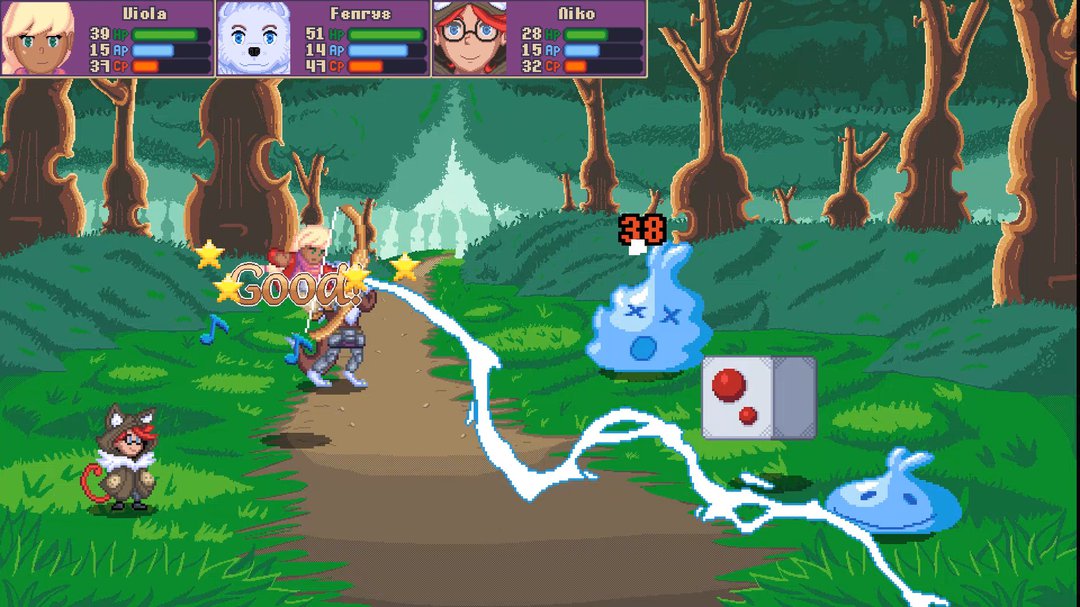 One nice touch - each random encounter battle starts with the line "A Battle Beyond Measure"... get it? "Measure"... where my marching band nerds at?

These gameplay basics, boosted with the use of changing rhythmic patterns, keeps the player on their toes and makes for a more enriching experience. It’s a simple concept that really (no pun intended) jazzes up the gameplay.

Anyway, there are also adorable asides that pop up as text during battle, which don’t factor into gameplay at all, but add fun characterizations to your party members. For example, every few turns, the game will tell you that “Fenrys itches his fur,” or “Viola taps her shoes.” In a game with already likeable characters, this further flexs Viola’s charisma muscles.

Additionally, outside of encounter battles, Viola includes at song-repertoire mechanic, akin to The Legend Of Zelda: Ocarina Of Time. Viola, Fenrys, and the gang will learn songs that unlock access to new areas or trigger events, i.e. lighting a campfire that serves as a rest point. Playing these songs is tricky, as the button notations on the musical staves will disappear seconds after you initiate the song sequence. You need to catch the pattern just before it fades, or work on your memorization skills. 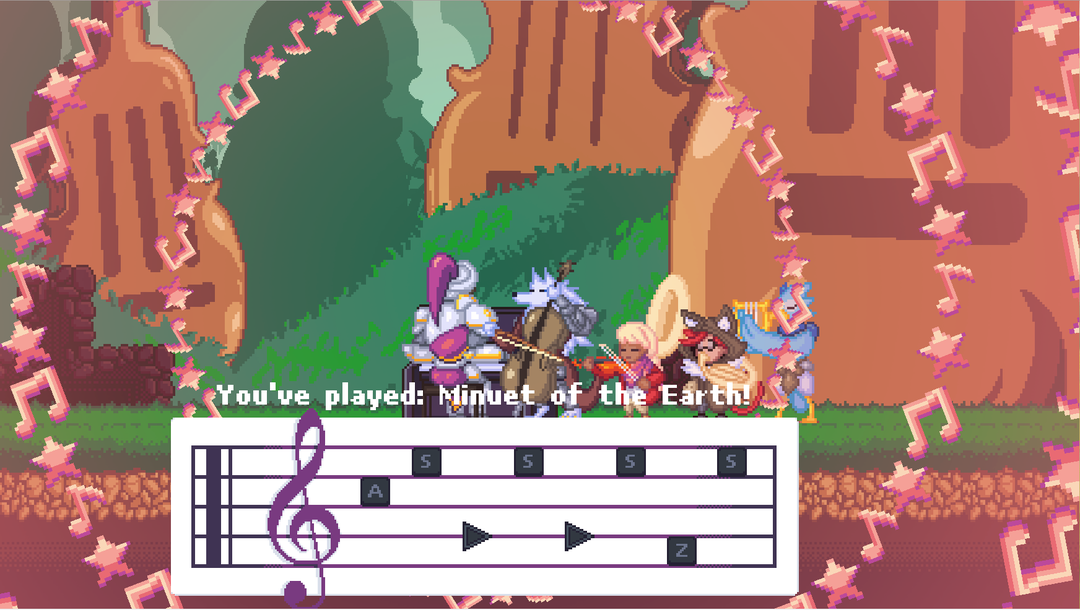 Unlike common RPGs, the “map” portion of the game is 100% 2D platformer. From double-tap leaps off walls, to bouncing off springs and propelling yourself via cannons, Viola takes all the Saturday afternoon goodness of classic Nintendo, resulting in a hybrid of two beloved genres. This also cuts down the random encounter factor: you’ll see enemies on the screen, and choose whether to engage or not. Landmarks with additional dialogue options spice up the story and party interplay, broadening the story of the characters with more background.

As I die-hard fan of the genre, even I have to admit that the traditional JRPG formula can get a bit stale. Viola takes the systemic base of both classic 2D platforming and 80s/90s turn-based combat and breathes new life into it. The rhythmic elements make gameplay challenging and engaging — landing a perfect combo and watching the ensuing “magic attack” play out feels much more gratifying than just hitting “attack” once your party’s turn arrives. It’s a definite recommend if you’d like a bit more of a challenge in your RPG gameplay. 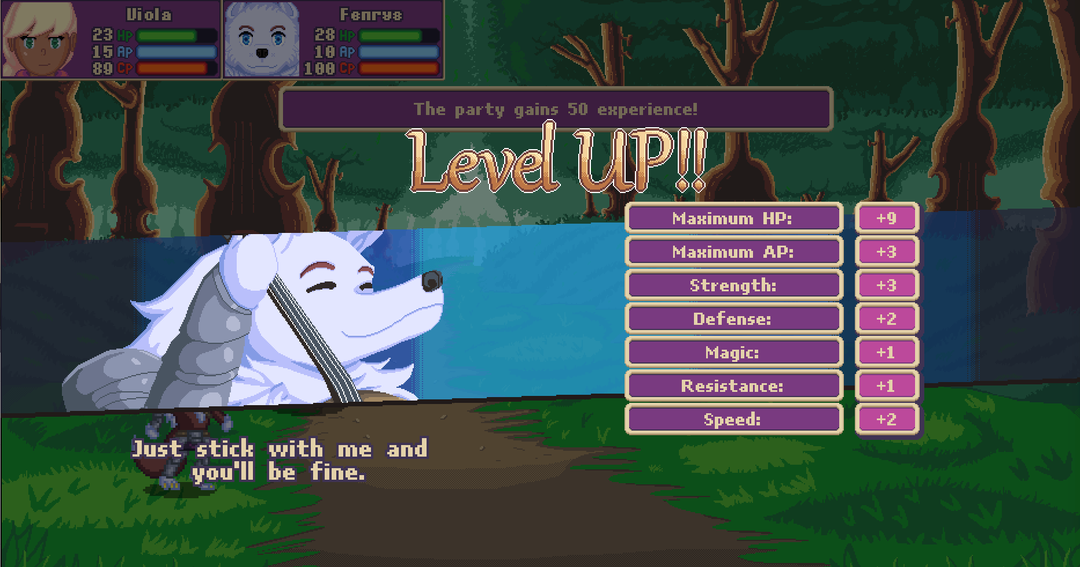 As of right now, Viola is still in Early Access. I’m sincerely looking forward to updates regarding this game, as well as following Viola and her band of musicians on their adventures. The fact that its only $9.99 means its absolutely worth picking up.