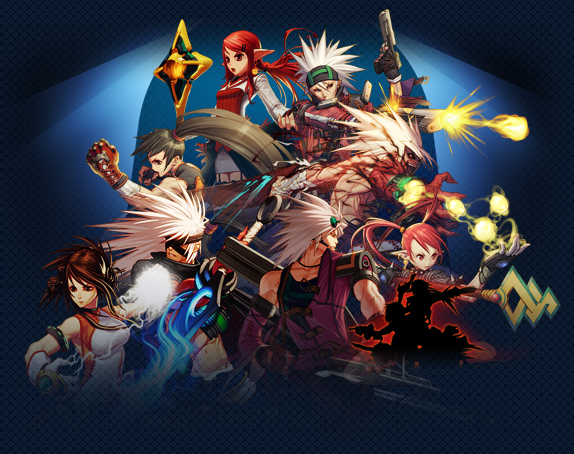 As you may have heard, Sprites and Dice will be doing its first-ever themed month in April. The theme this time is “Finish the D*** Game!,” and will be devoted to games that we have never completed before. So, of course it only makes sense that, on March 31st, I’m writing this article about a game that can’t be completed.

Dungeon Fighter Online, DFO for short, is a dungeon-crawler MMO that’s not quite like any other. In a world dominated by World of Warcraft and flooded with WoW clones, DFO tried to do something different.

Imagine if an old smash-em-up brawler like Streets of Rage or Double Dragon got turned into an MMO; that’s Dungeon Fighter Online . It's just starting back up, and there's a bunch of reasons why you should get back on board.

There are plenty of classes, and play styles.

Of course, DFO does have the usual MMO traits: Different character classes, leveling up, customizable skills, and the old “collect a certain number of whatever” quests. Not all of this is a bad thing, as the variety of classes is fantastic. Whether you want to be a rough-and-tumble Striker, a nimble Gunner, a tricky Mage, or a Dark Knight, DFO has you covered. Even the collection quests in Dungeon Fighter are accomplished by… well… fighting through dungeons, and they’re easy enough to accomplish that it never feels like a grind. Blending the game with brawler style game-play makes the game feel much more hands on.

Addressing one of the other common issues in MMO games, particularly World of Warcraft and its imitators, when you enter a dungeon the game will create an individual level just for your party. Aside from being perfect for antisocial gamer types like me, it also ensures that zones don’t get dominated by high-level farmers stealing everyone else’s kills. You will always have access to your ideal areas. DFO has really taken the best aspects of brawlers and MMOs and blended them into something great.

Although DFO is only in open beta right now, it has a bit of history. You see, this is actually the second time that the game’s been released. It was originally run by Nexon, of Maple Story and Mabinogi fame (infamy?). Eventually, Nexon decided that the game was not popular enough and shut down the servers. For a long time, we all thought that was the end of it.

Recently, however, the game was picked up and rebooted by Neople, the original developers of the game. Open beta went live on March 24th and things are looking very promising so far. Many of the characters, PC and NPC alike, remain the same, but Neople has made it their own by introducing a new story-line and new areas to fight through. 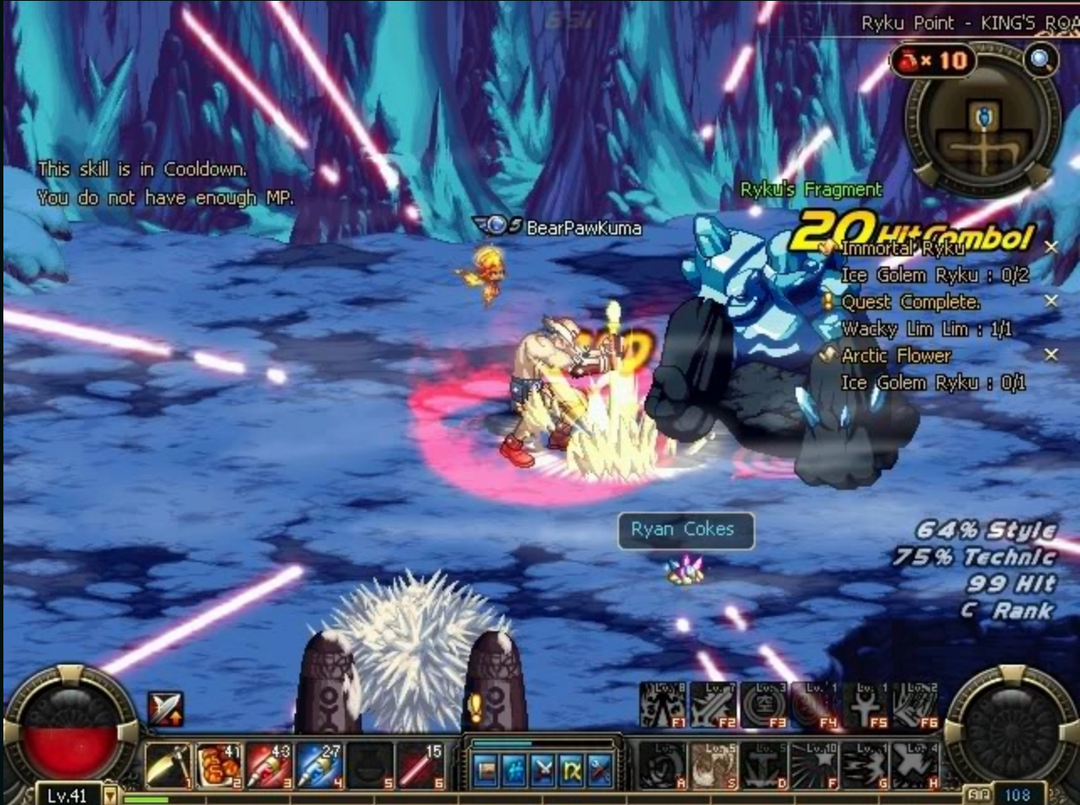 Even more to the point, Neople has excellent communication with their players, far beyond what Nexon ever did. The Dungeon Fighter Online Facebook page has daily, sometimes hourly updates from Neople executives elaborating on problems they’re running into and how they’re working to fix them, along with encouragement and thanks for the players who have stuck with them. When their servers went down on the first day of beta testing, they apologized and made sure to keep in touch with status updates. Many companies would have been satisfied with the idea that such issues were to be expected in early beta and left it at that. It may just be that they have a more vested interest in making this game successful than Nexon did, but their earnest attention to their game and their fan-base gives me great hope.

It’s not all sunshine and splattered enemies, though. There are a couple of controversial points that have players butting heads with Neople and with each other. The first of these, and I think the lesser issue by far, is the cash shop. The cash shop in DFO is pretty similar to League of Legends, which is famous for being free-to-play done right. What I mean is that most of the items in the cash shop are cosmetic, or else provide conveniences like increased XP gain or pets that will pick up items for you. It’s not a pay-to-win, and that’s exactly why I don’t think it’s a problem.

The cash shop does also sell items that boost your character's stats, but those items are also available for purchase with in-game gold, albeit at exorbitant prices. So, it's not so much a pay-to-win as a pay-to-make-easier.

The much more controversial issue facing DFO is its fatigue system. To put it simply, each character has a certain number of fatigue points (FP) per day. It costs one FP to enter a room in a dungeon, and once you run out you can’t enter any more dungeons that day (though you will be allowed to finish the dungeon you’re currently in).

That’s right, DFO itself limits how much DFO you can play. Now, there are reasons behind it: the fatigue system helps prevent bots from endlessly leveling and farming, for starters. On the other hand, it is a major annoyance to players who find themselves restricted when they want to keep playing. It’s not that big of a deal in early stages, which are quite short, but at higher levels you might be lucky to make half a dozen runs in a day. Nexon originally introduced the FP system, but eventually replaced it with blitz points, which actually rewardedplayers the more they played per day. That, of course, had issues of its own, especially with people using bots. 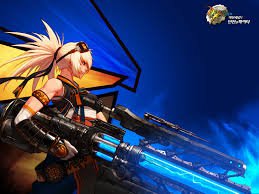 I’ll admit that I don’t know what the solution is to the FP/BP issue. Personally, I wouldn’t even bother with it; I would just let people play as much or as little as they wanted to.

In spite of the above issues, Dungeon Fighter Online really is a fantastically fun game. I love it for being a well-made brawler, for making that style work as an MMO, and for doing something different in a world of WoW and Diablo clones. The joy I felt at remaking my old striker was second only to how happy I was when I started punching things so hard that they exploded. It’s a great game in what seem to be great hands, and I really hope that Neople is able to succeed where Nexon gave up. 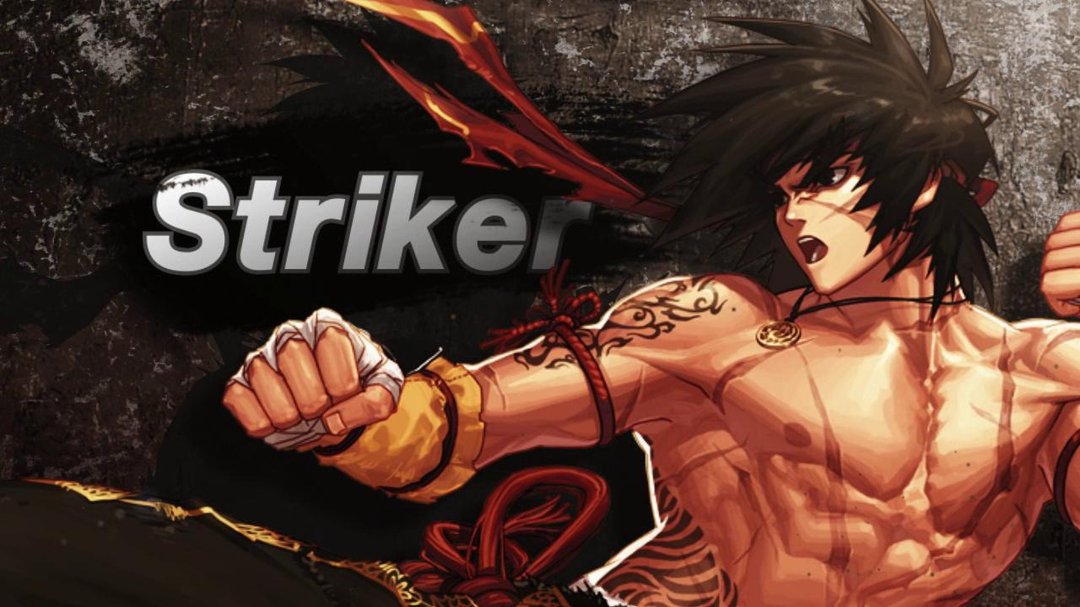 I might never be able to finish this particular game, but it still fits for our April theme: once a game that had been made unplayable, but now able again to be run through while grinning. See you at the next dungeon crawl!