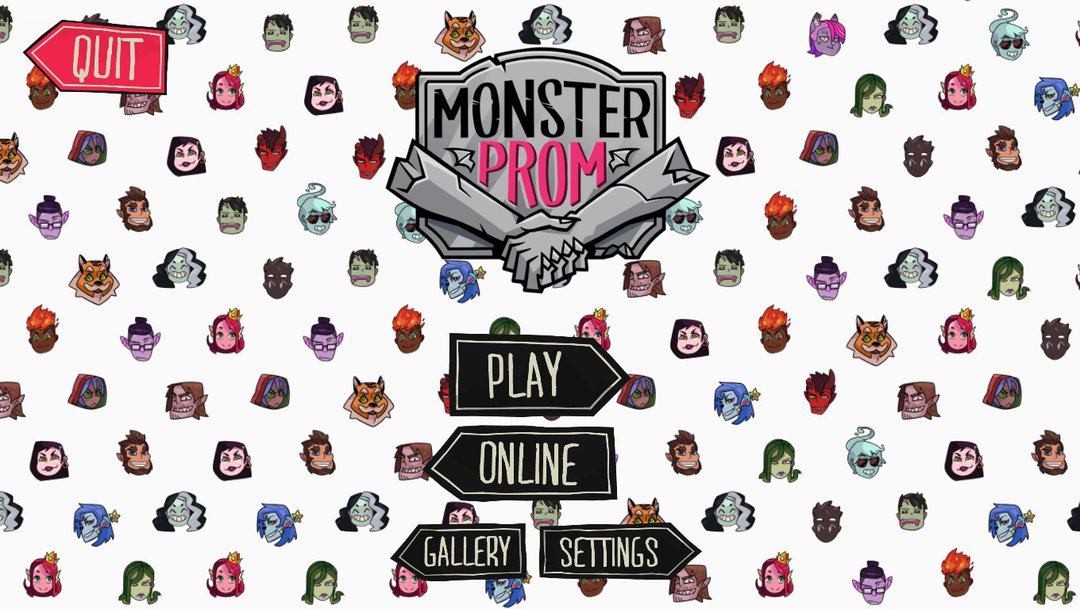 It’s the last few weeks of school, and you’re still without a date to the Monster Prom. How embarrassing! It’s time to court someone to bring. However, you may have to watch out for their teeth, fur or ectoplasm when it comes to that big kiss. 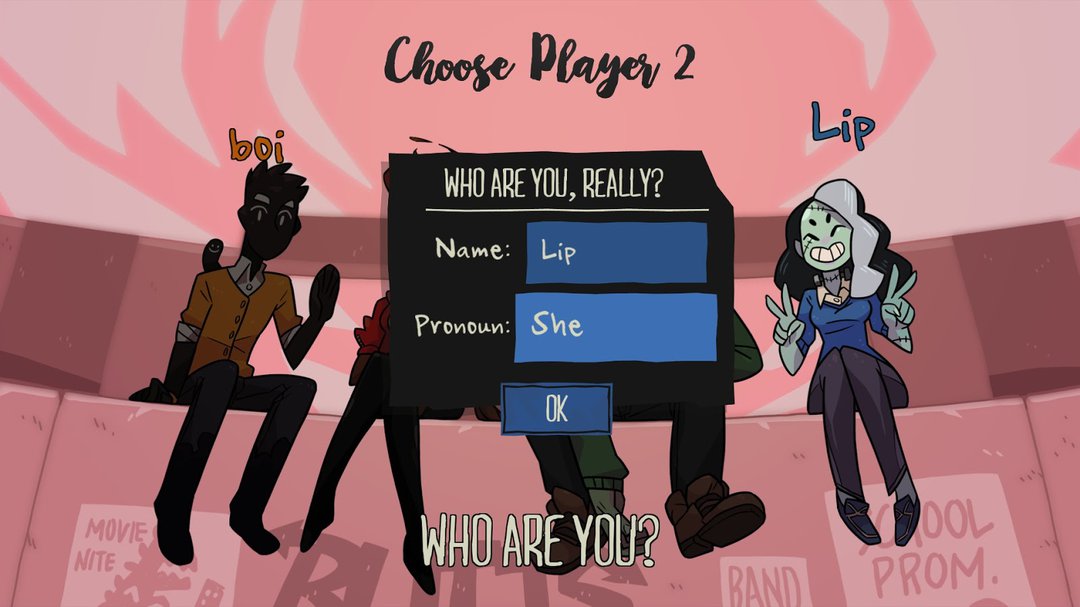 Character choice and your pronoun have no effect on who you can romance.

Monster Prom is a party dating game that’s best played with two to four players. It can be played solo, but without other love-starved monsters to compete with, I found that most of the fun was lost. At the character select screen, you choose the monster you want to play as, from a delightfully colorful and diverse cast, and set out to school to woo the creature of your dreams. To make sure everyone can be represented through the characters, players can choose the pronoun they wish to go by, a nice touch for any dating game to add.

The six bachelors and bachelorettes available for players to romance might as well be the Breakfast Club but with monsters. From a royal genocidal mergirl to a good hearted but dim jock werewolf, each of the 6 courtable characters has their own personalities and small storylines that occur during each run of the game. Aside from adding replayability value, these background stories put players’ crushes in different situations, further fleshing out their stories. Of course all the characters are over 18, so no need to worry about feeling like a creep. Maybe monster schooling starts late. 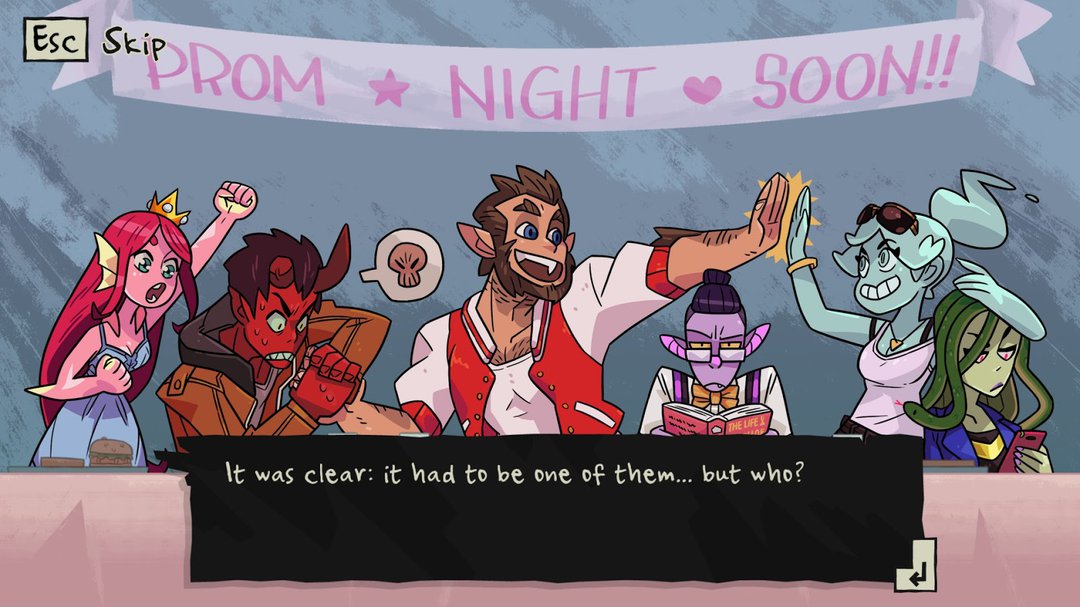 You can get a pretty good idea of the casts’ personalities from this picture alone.

The Path To True Love

After a short magazine quiz to test your personality and give your character some stat boosts you’re thrust into your last 3 weeks at monster high. From here, anything can happen, and all the choices are yours to make. Do you want to go to class and pump up your brain or go to the library and make some cash off online poker? Either way, visiting different areas of the school will give you a stat boost that could get your crush to like you. 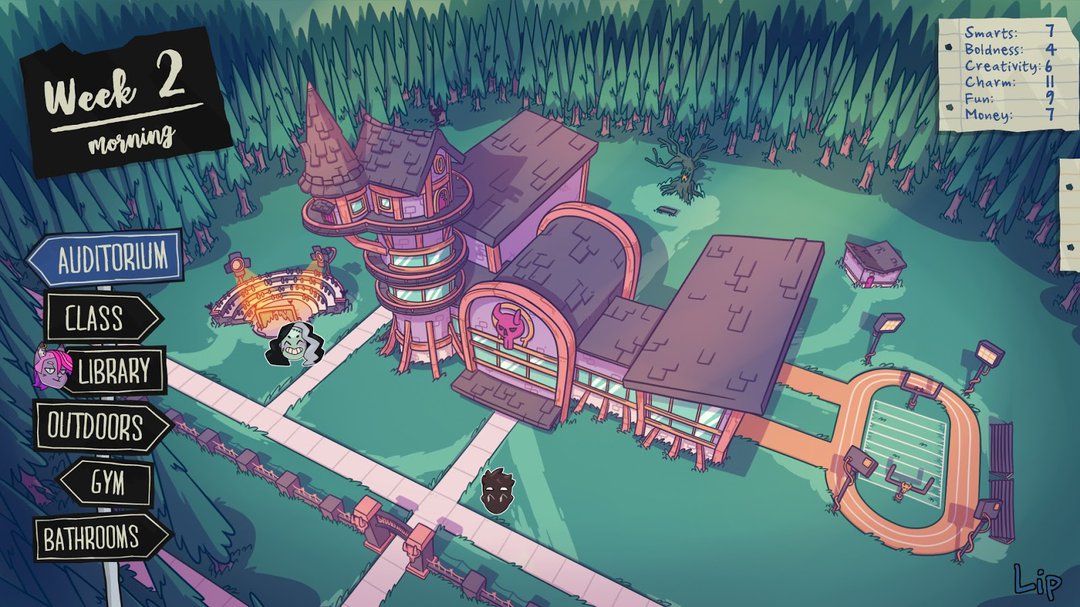 Now this is the kind of high school I wish I went to.

Of course, the cast is going to school too, so you’ll bump into certain monsters from time to time when you pick an area. More often than not, the game will try and push you and the character you’re trying to take to prom together. You’ll have a disproportionate number of encounters with that character, whether you like it or not.

During encounters with characters, you’re thrown into incredibly over-the-top situations that usually include but are not limited to: summoning demons, starting a cartel, lessons on how to act like a tree, or straight up murder. Don’t worry though. You’ll get out of all of those situations scot-free, and impressing one of the monsters with you, with some quick thinking between two dialogue choices. Encounters are usually with two other monsters, one of whom will like your choice and one that probably won’t. The difficult part is knowing which choice goes with which monster. Sometimes it’s blatantly clear, but with others you have to think like you’re in the shoes of one of the other monsters, which is harder than it sounds. More than once, I ended up romancing a character that I didn’t mean to, which meant that they started appearing in encounters more and I saw less and less of my dream prom date. 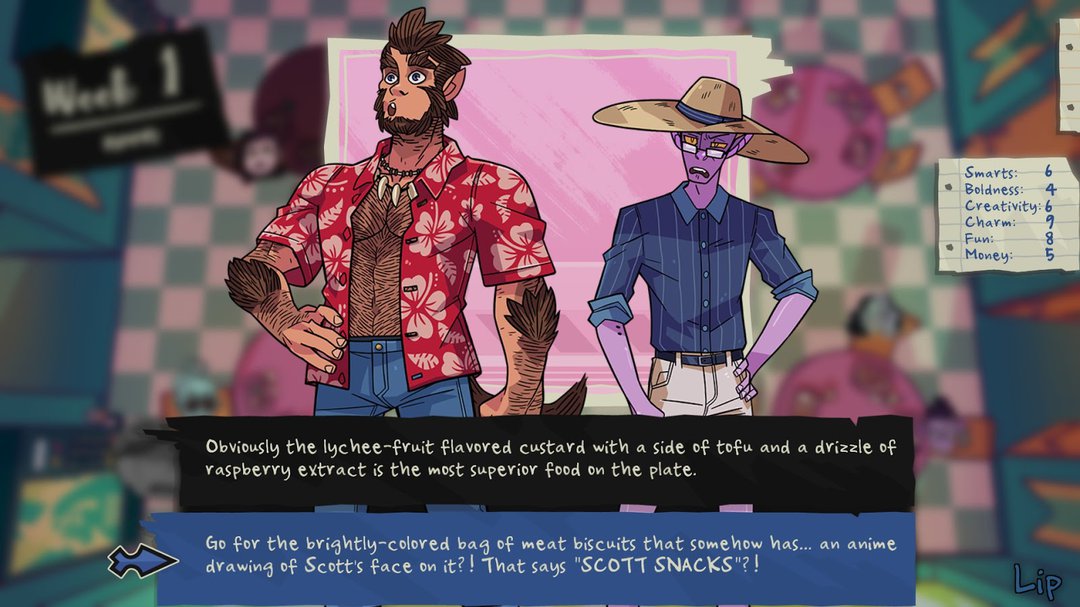 You’ll never guess which one Scott is.

After three encounters like these, it’s the weekend, and something happens to someone. The game randomly chooses a player, and they have a random encounter with either one of the eligible monsters or another NPC. These encounters range from more stat boosts to game changing choices. In multiplayer games it’s possible for another player’s love interest to show up and ask if that player is worth being interested in. With the choice to sabotage, you can easily doom someone to a stag prom.

Ruining someone else’s run can actually be fun considering just how short games of Monster Prom are. Games can either be short or regular length, and for a multiplayer game with two players, 45 minutes to an hour long is the average (at either difficulty). That length accounts for all the time the game thinks you’ll spend reading text, so games go by quite fast. Play a game, pick some wacky choices, sabotage your friends, and laugh. Then play again if you want! 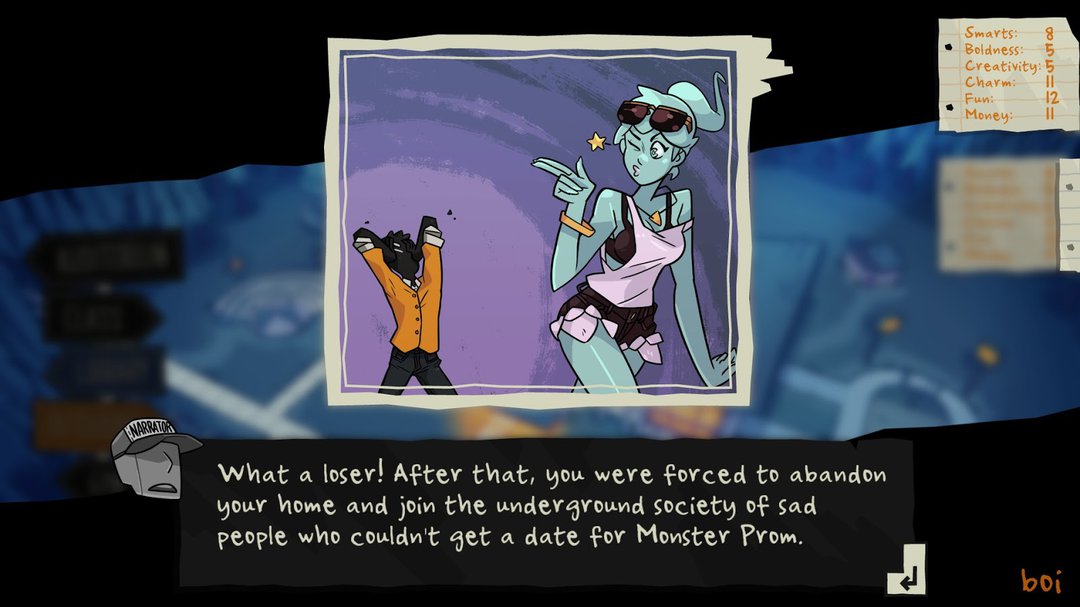 Luckily there’s tons of replayability in the game. With over 200 different regular endings and 22 secret endings, there’s plenty of reasons to play again.

As if it weren’t enough for Monster Prom to just be fun to play, it’s a delight to look at as well. Arthur Tien, the current artist for the game, did a fantastic job on all of the game’s artwork, from the characters’ unique designs to their ever changing outfits.

If there is one thing I will fault the game for, it is the writing. Most of the text in game comes from the narrator, who describes your actions and those of the NPCs, all the while breaking the fourth wall so much Deadpool would think it’s too much. And while the characters in this game are all monsters, their personality traits are sometimes so exaggerated that they become completely unlikable. I get that it’s a game about high school characters with some serious flaws turned up to 11, but it was always hit or miss with me. 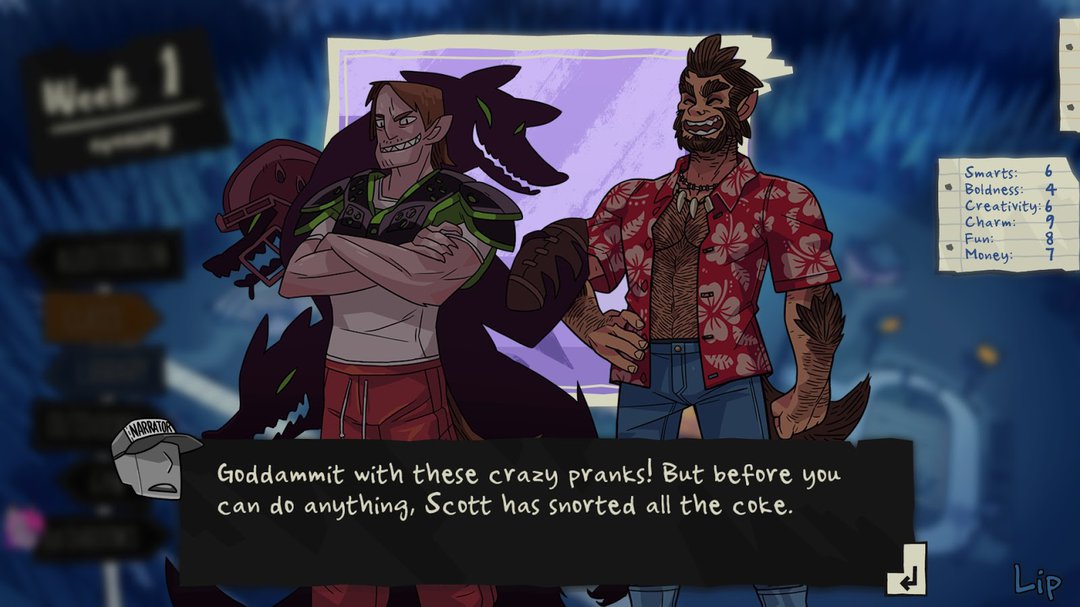 Warning: do not give cocaine to werewolves!

When all is said and done, Monster Prom is a first-of-its-kind dating sim that lets multiple people compete for their chance at romance or help each other get there. Each run is unique, with different side stories, random encounters and paths opening up each time. And although the writing sometimes left me shaking my head, the cast of creatures was delightful enough to keep me engaged. If you’re a fan of dating sims that’s always wanted to share the experience with friends, look no further than Monster Prom.