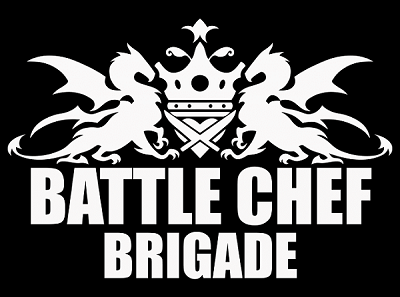 It might sound like a weird new anime, but Battle Chef Brigade is a game currently in development by Trinket Studios. In a world suffering from famine, powerful hunters discovered methods to safely cook and eat monster meat. These hunters formed the Battle Chef Brigade, devoted to protecting and feeding the people. You play as Mina, a Battle Chef in training who is trying to win a place in the Brigade by creating ridiculous and delicious meals out of whatever she’s able to hunt. 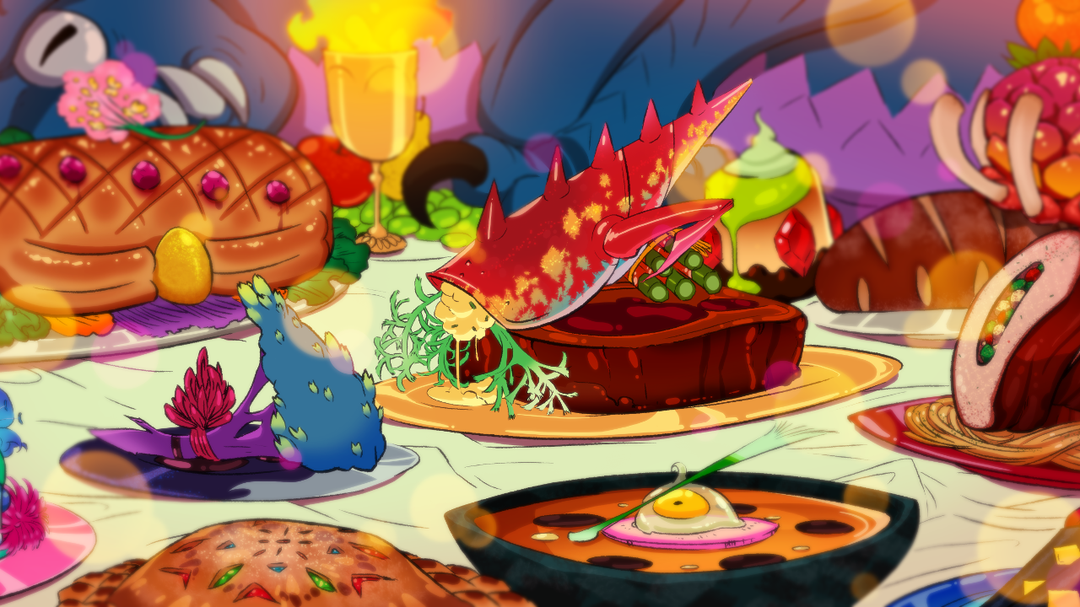 Much like the dishes Mina cooks, Battle Chef Brigade is a strange combination of ingredients. It’s part side-scrolling brawler, part puzzle game, and part RPG. Each battle has you running out to hunt monsters, collecting what they drop, then bringing those ingredients back to use in your meal. The actual cooking is a color-matching minigame where you score points based on how many matches you are able to make, and those points determine how good the dish is. Of course, just to make things interesting, this is all done on a time limit.

For such a weird concept, I must say that the demo I played at PAX East was a lot of fun. After a brief tutorial, I was informed that I had entered a tournament with a number of other young Battle Chefs. Oh, and also I’d slept through most of the first day of the tournament so I’d better get a move on. I got to explore town briefly, talk to a few different people with some… interesting personalities… and pick an opponent for my first battle. 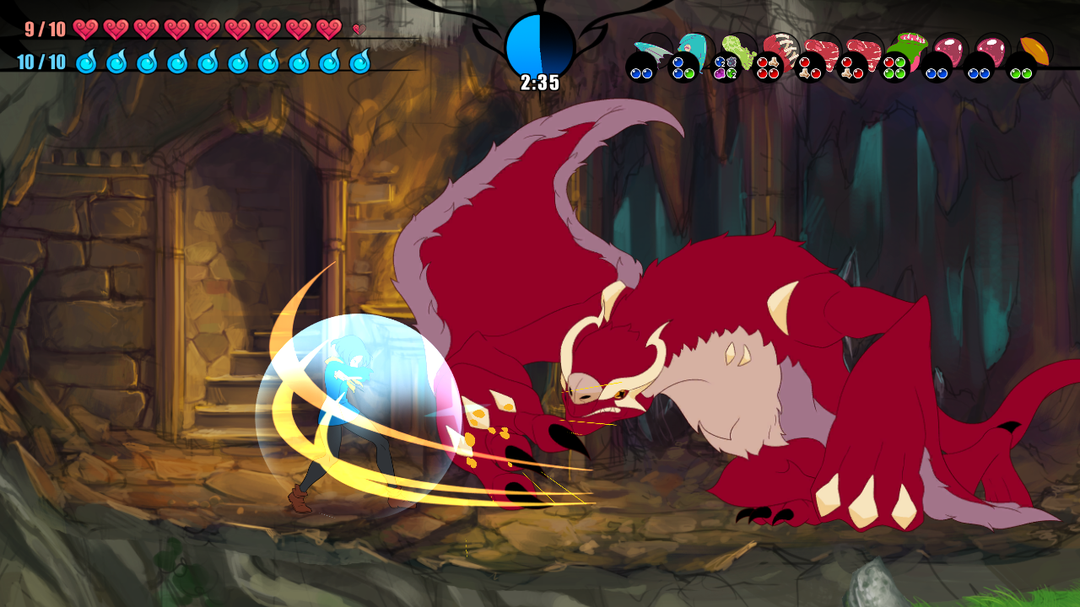 Dragon meat has a bold flavor that always pairs well with a good Cabernet.

I found that Battle Chef Brigade has a surprisingly layered strategy to it. There’s a lot to keep track of, and you always need to have one eye on the clock.

First of all, Mina can only carry so many ingredients at once. You might find yourself running outside two or three times for more, assuming you have the time to. Second, you can’t just throw anything into your cooking pot and assume it’ll work out. Each ingredient has a pre-set combination of colors, so you need to find things that work well together. Each battle also has a theme ingredient that must be used, so you have to find that ingredient and things that will go with it. Finally, your cooking pot has a limited capacity as well. If you aren’t careful you might cook yourself into a corner, and end up with a lot of stray pieces that you can’t match. 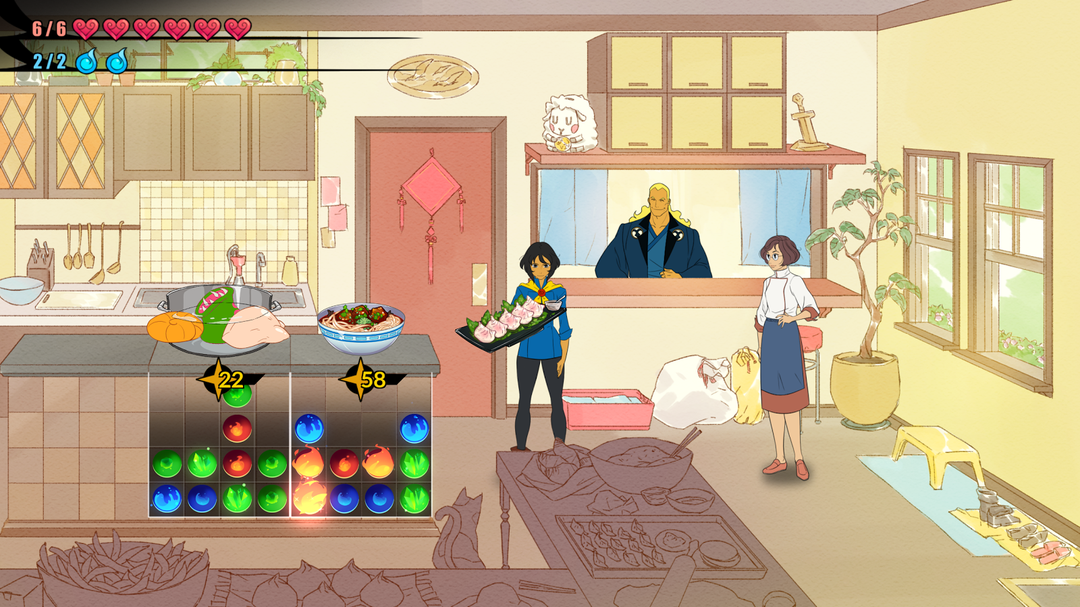 The actual cooking process. The number next to the star shows how many points each dish is worth.

Each part of the game is well done, if a little basic. The combat isn’t the most inticrate I’ve ever seen, but it is fast and fun. The puzzles aren’t terribly elaborate, but again, the concept is solid and well-executed. What’s really interesting is how they all work together, how you have to do well in each phase of the battle to come out on top. The combination is better than the parts alone. 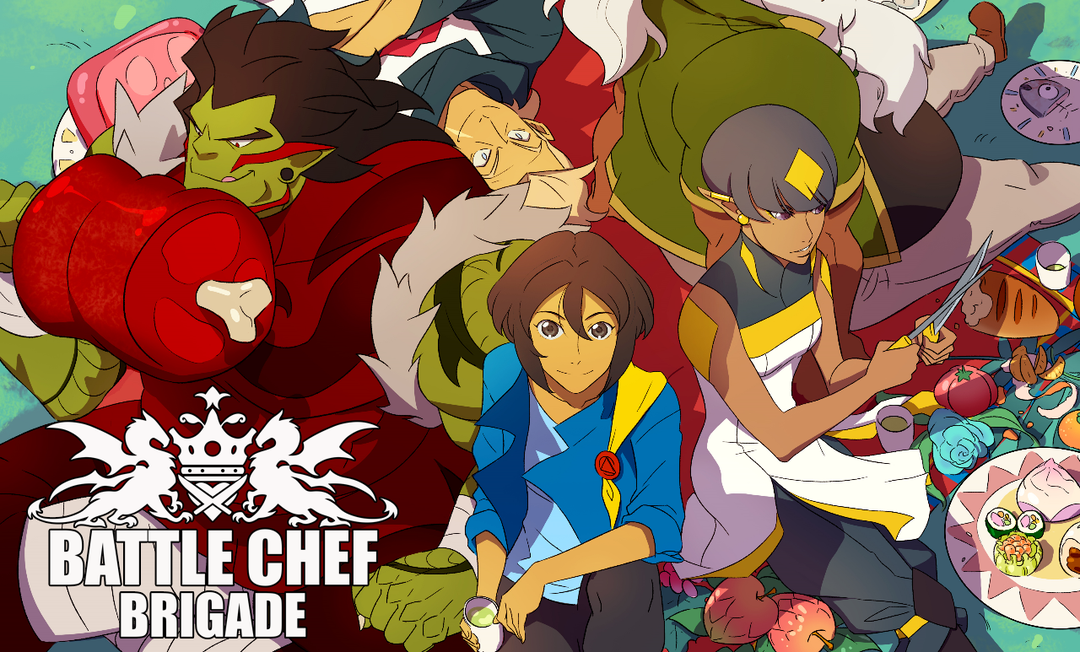 Overall, Battle Chef Brigade just isn’t quite like anything I’d played before, and as a gamer I find that very exciting. It has a tentative 2016 release, and it’s one that I want to keep an eye out for.

Sometimes it can seem like everything is FPSs and MOBAs these days. What other games have you found that are a bit off the beaten path? What kinds of crazy meals would you want to cook if you were a Battle Chef? Leave a comment, or let us know what you think on our Facebook page!