On The Way To BronyCon

All Aboard The Friendship Express 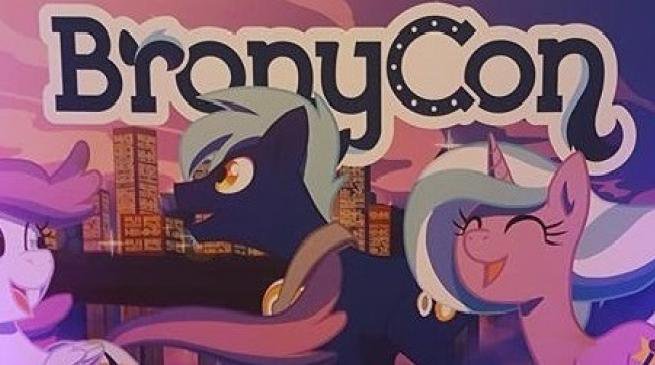 I’m on a train to Baltimore, and the trip is giving me a lot of time to think about where I’m going and why. Bronycon is one of the largest My Little Pony conventions in the world, and every year thousands of fans hoof it to Baltimore to take part. Attendance numbers peaked at just over 10,000 congoers in 2015, and while that number has dropped significantly since then, the fact that it drew 6,300 attendees last year is still pretty impressive.

I know that there are plenty of people out there who don’t get it the big deal. Why does it have so many fans? Why does a pastel-colored, candy-coated show about small talking horses manage to cast such a wide net? Why does a show targeted toward young girls appeal to so many different demographics?

Basically, why do bronies exist? I’m sure there dozens of different answers to that question, but allow me to give you mine.

A Horse Of A Different Color

First off, let's talk about the fact that the show has plot lines that aren't just happy parties. Sure, the show doesn’t usually go full Dragon Ball Z on you, but the point is that there’s a lot that I, and a lot of people, didn’t expect to find in a kids’ cartoon about the magic of friendship. The ponies have had to deal with wars, an insane god, an eldritch shadow monster, and a rampaging monster who escaped from Tartarus (yes, really). 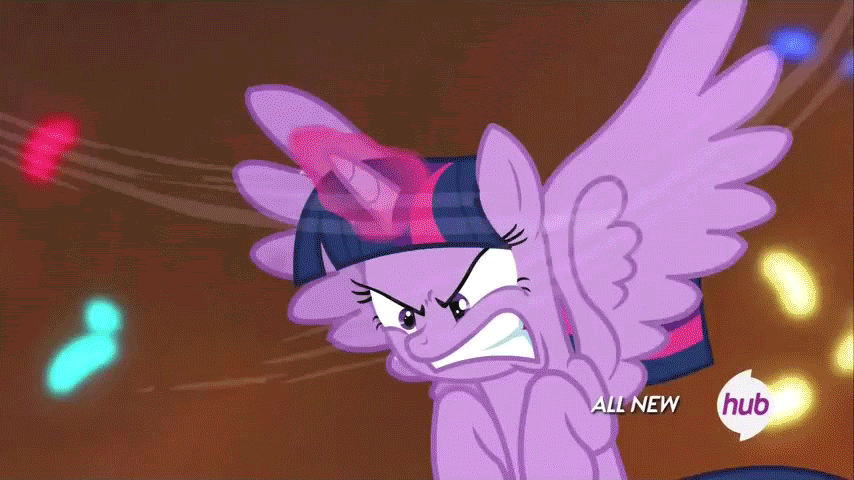 Actual footage of me encountering MLP for the first time.

The show’s creator, Lauren Faust, said that she wanted to make a cartoon that whole families would enjoy watching, not just little girls, and it’s safe to say that she succeeded. My Little Pony: Friendship is Magic boasts complex characters, relatable problems (at least when they’re not trying to stop a time traveler who keeps unwittingly destroying the world), and messages that are powerful and important, if a bit heavy-handed; after all, it is for kids. 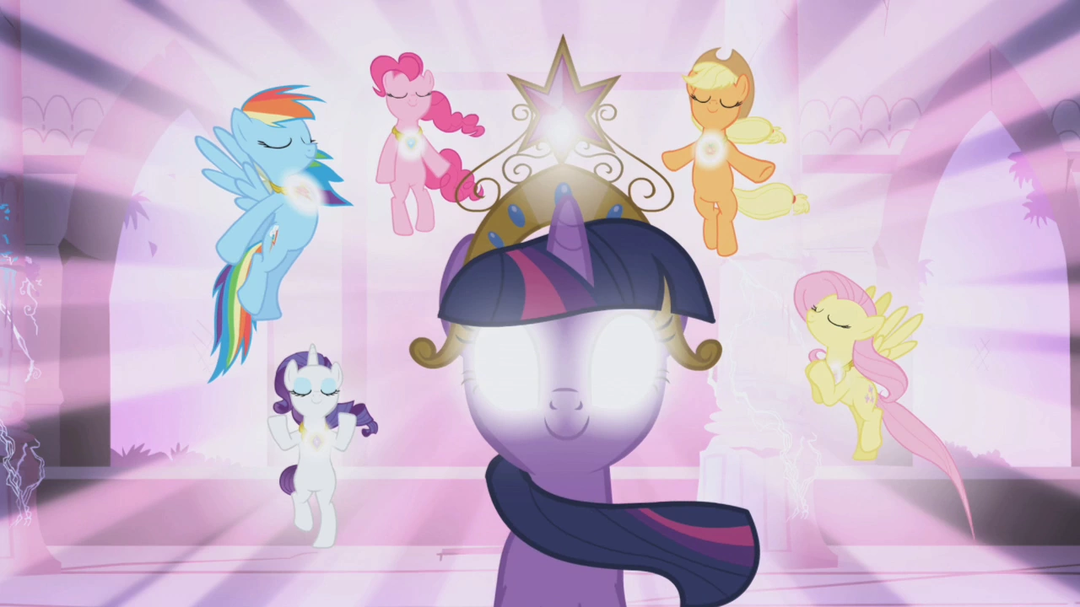 Oh,when they say Friendship is Magic... it's literal.

If you get right to the heart of it, I think I was drawn to My Little Pony for the same reason I was drawn to gaming: the escape from reality. I discovered this show at a time when I was unemployed, single, and depressed. My Little Pony let me spend some time in a world that was brighter, happier, and more fun than the real one. Also, in comparison to video games, where most problems are solved with a machine gun or deadly weapon, My Little Pony let problems be solved in much happier, upbeat ways; it is relentlessly positive, and the assurance that problems would always be solved and things would always be okay was something that I really needed back then.

Pony Is About The People

These days I don’t brony quite as hard as I used to. I don’t watch every new episode the instant it comes out; I’m happy to wait until I can see them on Netflix. I’ve mostly stopped responding to things with pony memes (except to annoy Wyatt). While I still enjoy the show, “brony” isn’t really a key part of how I identify myself anymore. What hasn’t changed is my love for the fandom and the culture. 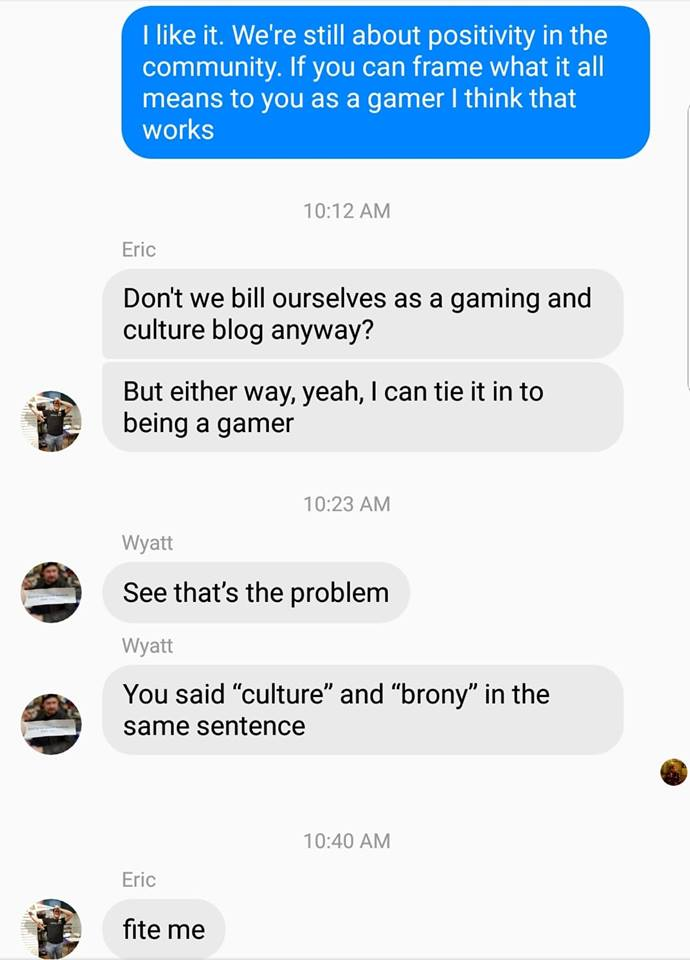 This one's for you, bossman.

There’s an old, apocryphal rule of the internet that says, “if it exists, there’s a pony of it.” It’s partly a joke, but also partly a testament to how widespread and creative the MLP fandom is. Aside from the expected slew of fanart and fanfics, people have made pony-based video games, hangouts, websites, and a metric ton of pony music. In fact, one of the main attractions at Bronycon is Bronypalooza, a massive concert spanning twelve hours over two days and featuring fifteen musicians. I’ll be sure to take plenty of video from that.

But even more important than the fandom’s creativity is its warmth; not surprisingly, many fans of Friendship Is Magic have taken its core message to heart. Bronies are, without question, one of the kindest and most welcoming groups of people I’ve ever had the pleasure of being a part of. That’s actually another common answer to why people love the show so much: People, many of whom have often struggled to fit in, feel that they’ve finally found a place they belong.

The last time I went to Bronycon was two years ago, when the fandom was bigger and louder and my own brony-ness was stronger. I’m interested, excited, and - I’ll admit - a little anxious about what will happen in Baltimore this year. I’m especially thrilled to finally be going as Press, rather than as a regular attendee, but what if it’s not as powerful, as magical as I remember? That thought is sticking in my mind like a splinter right now; there's a chance that this fandom can turn out to have just been an overblown fad. I hope (and, honestly, expect) that worry will prove completely unfounded. 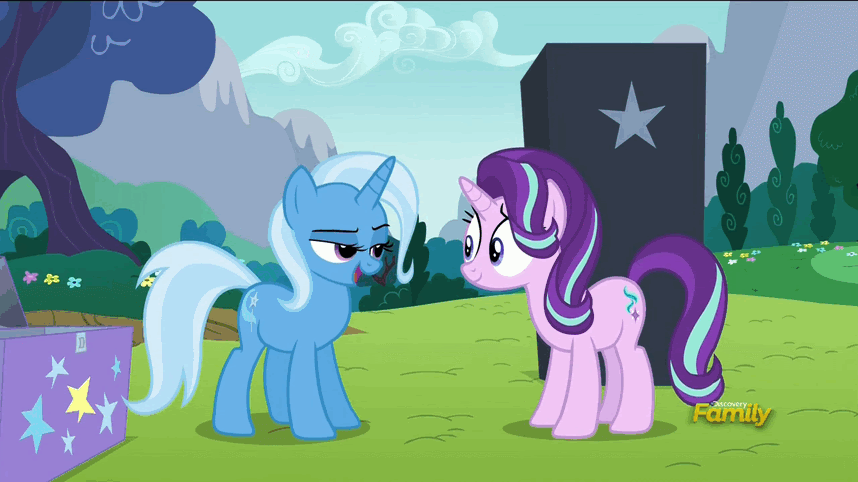 My train arrives in Baltimore at about 10:00 thursday night. The convention, and my coverage of it, starts at 9:00 the next day. What will I find there? Is it still relevant? Does it still have some personal meaning for me? Let’s find out together.