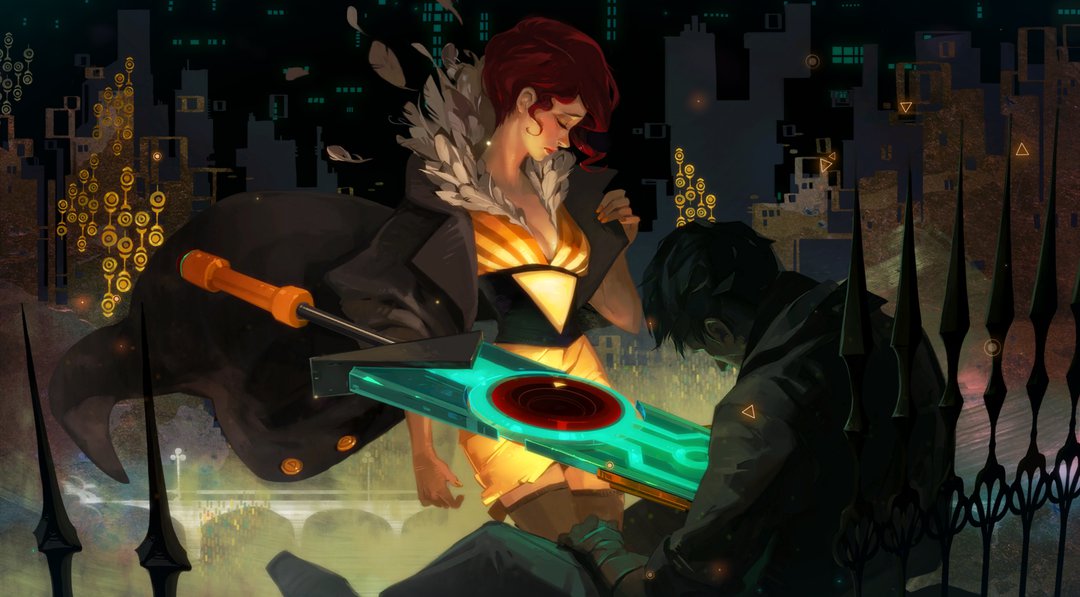 There are enough reviews about Transistor to bury someone with: that's a good thing, because it's probably one of the best games I've played all year. Seeing Supergiant Games go from being unheard of to being one of the longest lines at a convention to jump on is heartening to my American, loves-the-underdog sensibilities. It has been a month since this wonderful new game has come out, and the quote worthy snippets from gaming reviews are plentiful enough to speak for themselves about this wonderful game. 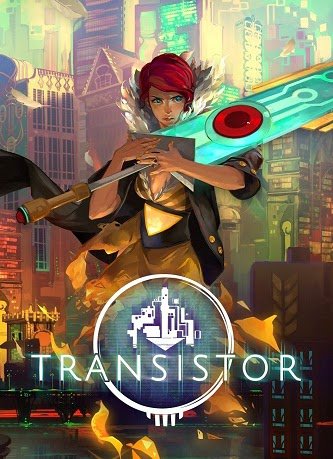 One of the things I love most about games like this is not what they immediately bring to the table, but the small, subtle things that you discover as you play through the game. The details, the minutia that you might not even notice because it of how they blend in and make a game feel so complete and lived in. That if you took away that small detail, the game would feel almost empty, like there was just something missing that you couldn't put your finger on.

The Power Of Voice

I want to talk about the humming in Transistor, and how that detail - that small, entirely unnecessary detail - makes Transistor have a soul. So, as a quick warning: there are going to be some spoilers here because everything in Transistor is connected to something else. Its very hard to talk about something integral to the game without starting to see the whole picture. With that said...

Music is a major theme - it is the theme you can argue - of this game. In this cyberpunkish, dystopian styled future, you have to understand why music is so absolutely vital to both the initial action of the plot, and why it leads up to the absolutely heart-wrenching swan song awaiting you at the end. As you collect data and records about the lost souls of Cloudbank, you piece together the stories of people like Wave Tennegan: a radio broadcaster who one day disappeared, the power of his social commentary diminished. Another eerily similar story comes from Ms. Gilande, a historian and archivist who was dedicated to giving out knowledge to allow people to make informed decisions as they looked to the future...well, until she vanished. 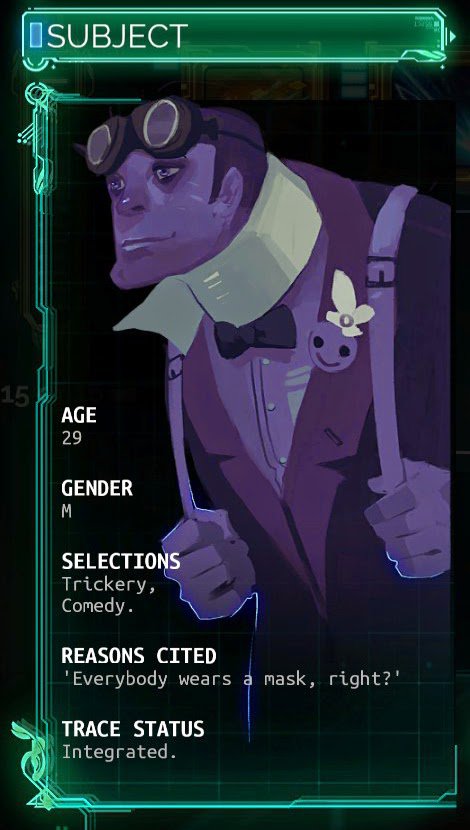 One of my favorite stories is of a public comedian and magician who always pushed the envelope.

By now, you can see a picture forming. By the time you unlock four or five functions of other people's data, you can see a pattern: characters who share commentary and forward thinking who are suddenly silenced and cut off from a city that nearly seemed like a utopia. In fact, Cloudbank was very earnestly working towards being a real utopia. There are computers that connect to Cloudbank's main system throughout the game, where you can vote and comment on everything, where you can post your opinion...but yet by the time you start to play Transistor, things have begun to fall apart: the votes are not tallied, and as queries continue to go out, no one responds... probably because they are now fearing for their lives.

You realize that the idea of voice as a concept is actually in play here. Many of the people who now exist as data-ghosts inside your weapon are not exactly musicians, but they all were commentators: people pushing towards something new, trying to create a new way forward. They were dissenting voices. You can come to the conclusion that, through various monologues from the transistor or other snippets from the story, that Red was a threat because her music stirred something in people, even if she herself said she simply wanted to share her work with others. That this ability to cause change, to affect change and opinion, was considered dangerous by the antagonists of the game. Red was an unfortunate thorn in their side just simply by offering dreams of a different world.

This is where the tragedy lies in Transistor. Yes, this is a game where a beautiful, apparently amazing city is destroyed and 'blanked' right in front of our eyes as the game progresses. Off screen, we are made aware that nameless hundreds, maybe thousands, die... but we've seen this before. We play video games, don't we? Games that involve the death of society and a horrible, apocalyptic end have been done over and over. While these themes can sometimes be wonderfully presented, it can all too easily become background. This is why Transistor is wonderful: the death and destruction is allowed to become background, to become the plot, focusing in on the intimate story of one woman who has not been left untouched. 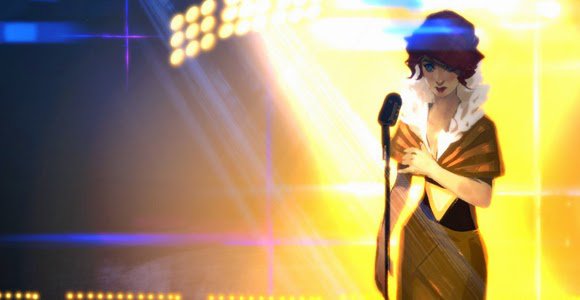 Red has lost her voice: it was stolen, taken as data for the transistor. Sure, her life was spared, but Mary Shelley wrote in Frankenstein that it is better to mourn the living than the dead. The hero of the story has lost her city, the love of her life, and her ability to express herself vocally. As a singer in the world before the cataclysm, her ability to communicate was part of her identity and made her different. If you keep going with this theme of music and silenced voices, the feeling of loss that this game carries beings to multiply.

A Last Note Of Defiance

But Red can hum. She can put her lips together and breathe to make sound, even if she can no longer voice words. Her humming is still strong enough to echo the wonderful, often tragic and melancholy music that haunts you throughout the game. She cannot sing, to really express herself through the music that was part of her identity before Transistor began; Red will never again see her wonderful city of Cloudbank, or hold her lover's hand again like she used to... but as long as she still lives, she can still hum.

I can't get over how such a small detail so fully encapsulates a game. The simple act of humming, an act we usually might attribute to someone passing time while working or bored becomes such a mournful, heavy sound. By the end of the game, it almost hurts to listen to as the city becomes more and more silent... and yet I keep doing it. Supergiant Games took the time to map a button to let you do nothing but hum, and while it does nothing to impact what we would typically consider gameplay, I would argue that it is no less vital than the ability for you to swing your weapon to understand what Transistor is trying to say.

I had to put down the game for the last two weeks after finishing it the first time. I wanted to let it sink in, really get it, before starting recursion mode, playing through again with the real gravity that this game brings along with it. A month after its release, I'm ready. I can't wait to take a break from the fighting and hit the tab key, to do something that seems more like a pause than an actual play, and just listen to the music of Transistor.