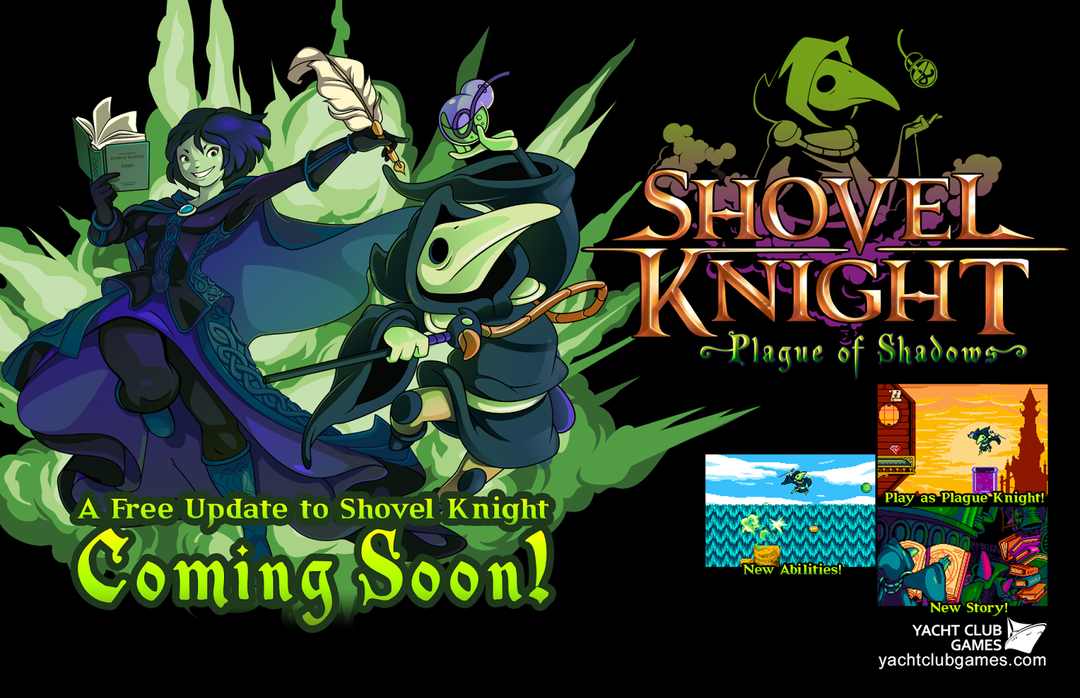 As you might infer, this expansion allows you to replay the game as Plague Knight, one of the enemy bosses. The obvious question here is: How does playing as Plague Knight compare to playing as Shovel Knight? The answer: Similarly, but different enough to keep things interesting. The quality of the game hasn't decreased in the slightest, and this expansion brings some new ideas and abilities into play.

While we don't have a set release date yet, there was certainly enough of a demo at PAX East to hook me; should you be excited for this update? The short answer, of course, is yes.

Those who have already played through Shovel Knight will remember Plague Knight as a tricky, jumpy little pain in the pauldrons. Players may not be able to fly around quite as freely as the enemy Plague Knight did, but he does come equipped with a double-jump and a charge attack that shoots him even farther up into the air. While Shovel Knight was certainly no slouch at aerial combat, Plague Knight can fly rings around him. 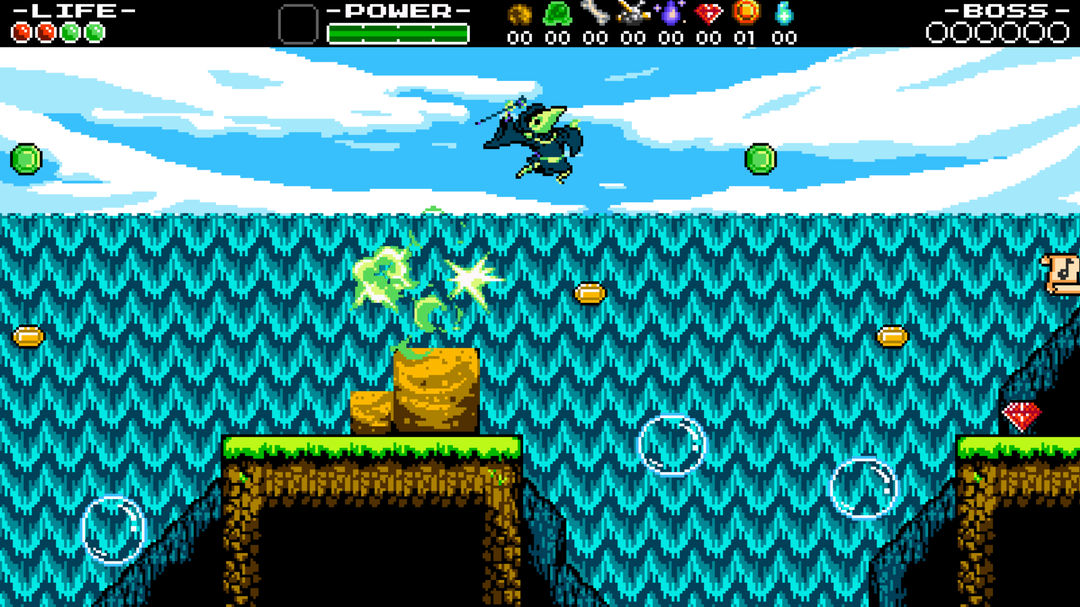 Another difference between these characters is the loot they can pick up. While Shovel Knight only collected gems, which he could then trade for items or power-ups, Plague Knight is able to collect a wide array of drops and use an all-new alchemy system to create his own enhancements. Unfortunately, this particular feature was not on display at PAX East, but I’m interested in seeing what our little alchemist can concoct.

The demo that Yacht Club Games brought to PAX East allowed players to play through the Plains of Passage, the first stage of the game. The levels remain unchanged, save for minor tweaks to accommodate the new character’s different abilities, but each new character is going to have their own story and their own reasons for going on this adventure.

Plague Knight plays through the same levels as Shovel Knight did, trying to defeat his former comrades from the Order of No Quarter and collect the ingredients for his Serum Supernus, the “ultimate potion.” Yacht Club Games has been rather close-lipped about what this potion is for and what it does. Their press page also mentions the possibility of a romantic interest… 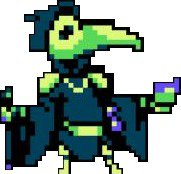 Because what Dame wouldn't want a piece of this?

The second question, at least for me, was if I’m playing as Plague Knight, what happens to the Plague Knight level? The representatives were pretty evasive about that, either because they weren't allowed to discuss it, or because they simply didn't have the answer. The gentleman I was talking to said that there were two likely possibilities: They’ll either have a Plague Knight vs. Plague Knight mirror match, or they’ll replace Plague Knight with Shovel Knight in the enemy roster. Either one opens the door on some possibilities, and it would be interesting to see the main hero get turned into a boss battle. I, for one, would like to see the dialogue between Plague Knight and Also Plague Knight as they try to figure out exactly how this happened and what they’re going to do about it.

On the other hand, Yacht Club Games does not seem like they’re afraid to dig a little deeper. Could there be an entirely new level in store for us? I would say it’s unlikely, but possible. I’d be interested to see what a Shovel Knight stage would look like. It could even give us a bit of insight into the character himself. Where did Shovel Knight come from? Where does he hang his helmet at the end of an adventure? Would Shield Knight be there too, and what would it mean if she is? Again, I think a brand new level is the least likely of the options, but it’s fun to imagine. 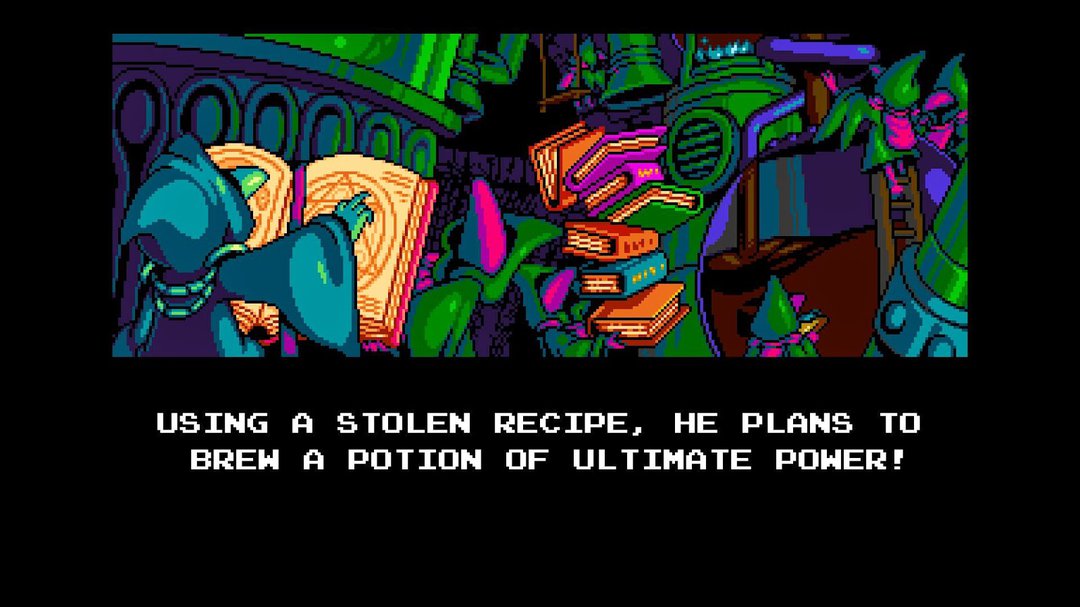 At some point down the line, we can also look forward to expansions allowing us to play as Spectre Knight and King Knight; this was a nice bit of news I was able to grab on the show floor. Of course there aren't many details on those yet, but I was told that Spectre Knight is probably going to be a more up-close brawling type of fighter, and King Knight was just described to me as “weird.” Anything that's worth being called “weird” in comparison to the rest of Shovel Knight is something that I want to see.

If you already own Shovel Knight, you’ll be getting this and the other two expansions for free as they’re released. If not, consider this and the two future expansions as yet more reasons to check out a fantastic retro-style platformer. This is a great game, and I'm just glad to see it being given more love.