Classic-Style Games In A New Age 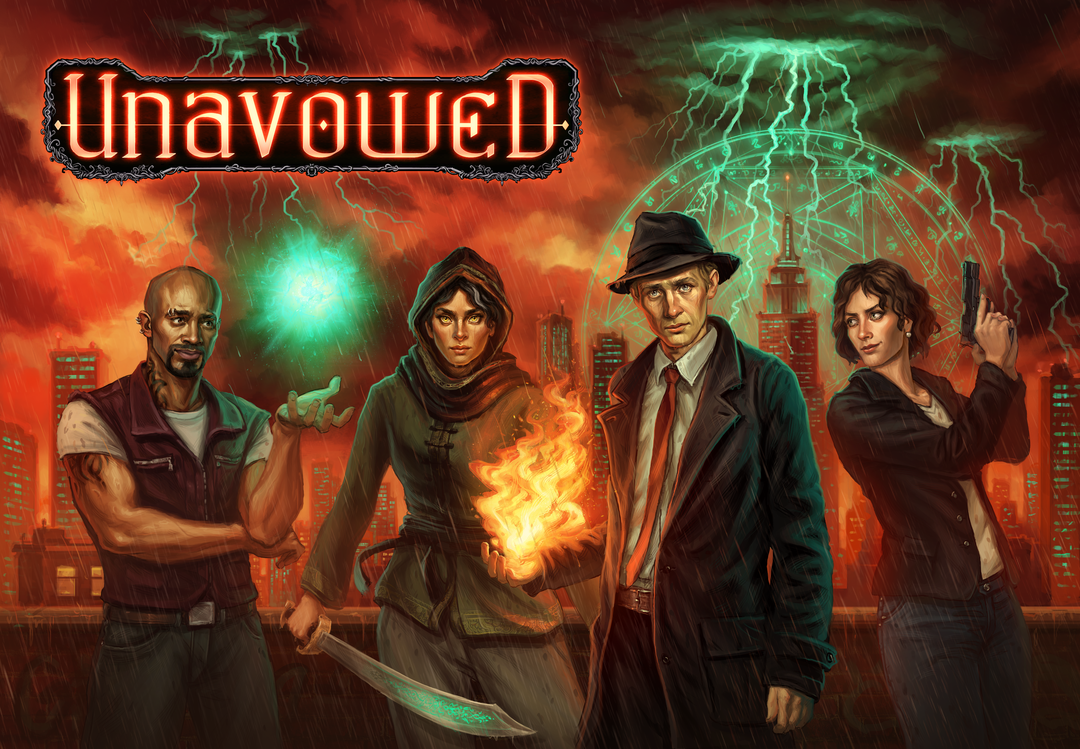 In this editorial, Adam examines why Wadjet Eye Games and their upcoming release, Unavowed, in the otherwise aged genre of point-and-click adventures, still matters.

I was raised on point-and-click adventure games. As a child, I can vividly remember guiding characters through perilous adventures, picking up every object not nailed down into the pre-rendered background like some kind of problem-solving klepto, rubbing them one at a time against every interaction point, desperately searching for the solutions to the wacky and often baffling logic behind each puzzle; I was too young back then to appreciate some of the wry wit behind them. I have played Monkey Island, King’s Quest, Space Quest, and a little bit of Quest for Glory, to name just a few. So many Quests. To this day, though I must have done it to beat the game, I still don’t remember how I got the darn banana picker out of that hut in the original Monkey Island.

You can hold your breath for ten literal minutes underwater, but you can’t figure out a way to leave the hut with this thing?!

In recent decades, this style of game has fallen out of favor with the gaming community at large, and yet there are some developers who still see value in it. Why, you might ask, would a developer cling to such a dated design like the point-and-click, and how could it possibly be worth your time in our modern age of face-paced shooters and trendy indie platformers?

I’m no stranger to the modern point-and-click, as I showed in my reflections on Finish The Damn Game Month. Thimbleweed Park was a game that took me back, from its classic, pixelated graphics to the inventory and interaction commands reminiscent of Monkey Island (same designers, actually). Playing it was like being seven years old again, sitting behind my parents’ clunky IBM with a glare-reducer across the monitor because I’d developed eye problems from staring at the screen too long. And like Thimbleweed, I’ve noticed how Wadjet Eye Games cleans up the classic formula, as well.

I take back what I said in that article, though, about Thimbleweed being arguably the best modern point-and-click, because at the time I hadn’t played many of Wadjet Eye’s titles (sorry, Thimbleweed, I still love you). In a lot of ways I think what Wadjet Eye does, it does better.

Old adventure games were, to put it bluntly, tedious. The games themselves could be beaten in a matter of a several hours if you knew the solution to every puzzle, and inflated game length was commonly a factor of being stuck on a particular puzzle for a few days at a time, logging in an hour here and there to try new ideas or see if there was an item that wasn’t picked up somewhere along the way. It sounds like a terrible gaming experience, boring if anything, but amongst the best adventure games there was something that kept me enthralled. Perhaps it was the world that was created, that I just loved being in it, or the characters, so quirky and full of personality. Or maybe it was just the hook of finding out what happened next in a well-written story, the same loves I have for a good novel or movie. Whatever the magic combination, Wadjet Eye has spent its time boiling down those aspects until they’ve crystalized like sweet rock candy. I’ve found I’m still just as eager to see the next chapter in whatever story of theirs I’m playing as I ever was in any of the “classics”.

Whereas Thimbleweed Park was nostalgic to the point of putting me back into the 90s (with some interface upgrades and a ‘tip hotline’ in-game to keep the action moving), it was still very big. Sometimes too big. Wadjet Eye titles are a bit more streamlined. They take what’s most fun about the game, experiencing that story and solving puzzles, and get right to it. All the while quietly preventing “game bloat,” letting the theme and narrative carry you away as they should. If Thimbleweed Park is the grand, extravagent modern adventure game, Wadjet Eye's titles are the powerful and compact ones.

It’s no small thing they’ve done, changing the pace of the base adventure gameplay like this, and I find I much prefer it. 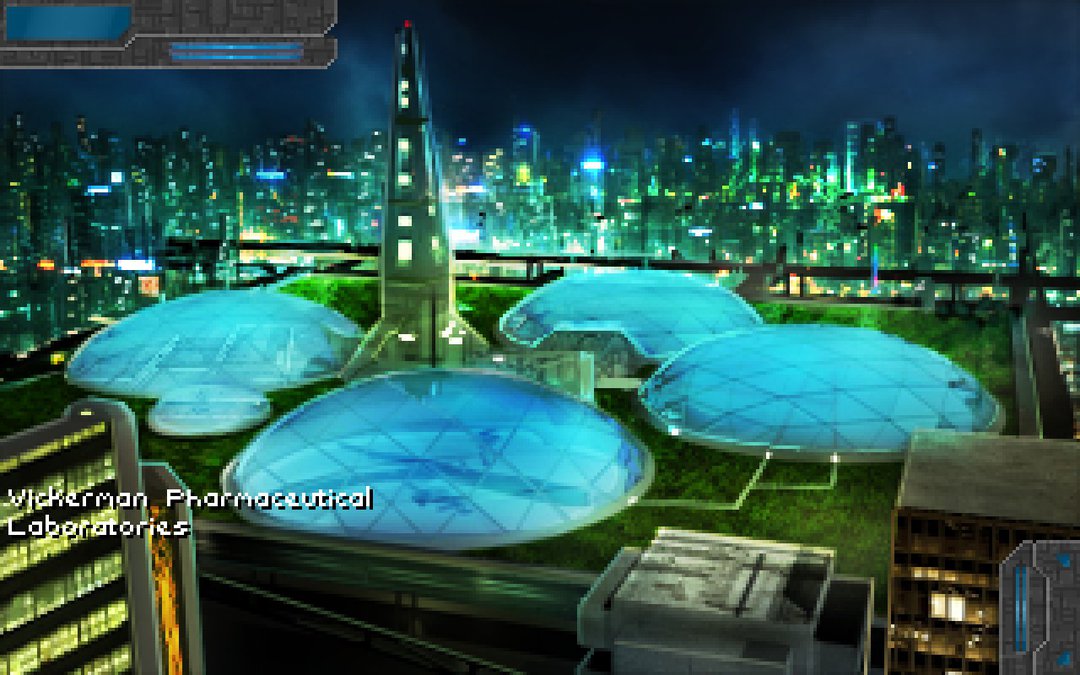 I’ve raved about cyberpunk games on our site before, and Technobabylon puts you in the heart of one of the best fleshed-out ones I’ve ever seen. Ever. Multifaceted themes into the meaning of human existence are just one narrative thread this masterpiece, like many great sci-fi novels, weaves for you.

Beauty In The Wadjet Eye, Beheld

The main event, the upcoming release of Unavowed, is where we’re at, though. It’s what you’re curious about and what you came for. So let’s talk about it (spoiler free, of course). The world that’s crafted this time for your entertainment is a world of magic and folklore concealed by enchantment and conspiracy in the most exotic of locations: New York City. In a fantasy Men In Black take, your character, recently freed from demonic possession, becomes part of a secret group pledged to maintaining the supernatural balance in the world while it works to uncover what your demon did during your year-long possession and why. As for your origin story, you get a choice of 3 different openings to play from, each giving you unique options you can utilize later in the story.

What you get with Unavowed is a conspiracy thriller wrapped in fantastical mystery wrapped in charming character and storytelling. In true Wadjet Eye fashion, the game is chopped up into several smaller chapters, limiting the scope of screens you need to navigate and puzzles/items you need to stay on top of. While this might also seem limiting to the gameplay, in fact it has the effect of keeping everything much more manageable. Too often in more classic point-and-clicks I’ve been stuck because the sheer volume of area I had to keep track of was too vast, and subsequently my choices were overwhelming; by keeping each chapter as a just a meaty bite of a larger narrative, you’re never left feeling like you have to traipse across endless screens of environment just to find out that great idea you had still hasn’t solved the puzzle like you thought it would.

Wadjet Eye also encourages you to participate in the story. Dialogue options often drop key words or clues that give leads as to your next best avenue of investigation; the game rewards you for staying sharp (yes, occasionally I still get stumped). Heck, one area of the demo I played was solved with virtually ALL dialogue; I used next to no items the entire time. It was refreshing to see a puzzle based around interaction with the other characters present rather than the endless MacGyvering we’ve come to expect from adventure games. 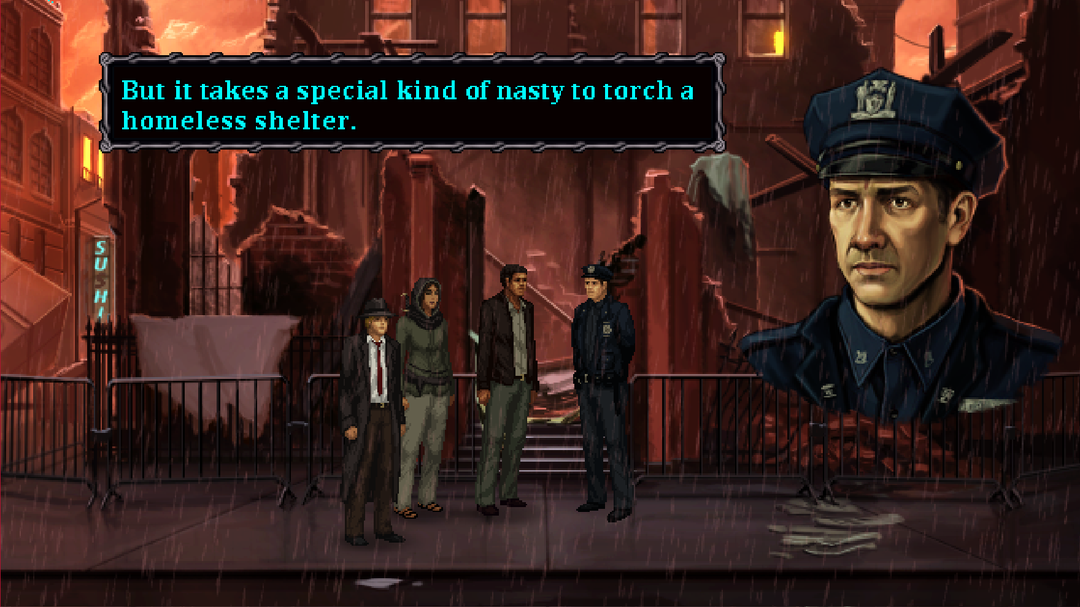 The close-up artwork of faces really adds emotion to the conversations, and the voice acting, especially of the main characters, is pretty darn good as well.

Speaking of characters, each chapter also presents you with the opportunity to take two partners with you on each mission. While you start out with only two, as your Unavowed branch grows you will have to make choices on who to bring with you. Everyone has unique talents. There are no wrong choices, as there are always ways various combinations of companions can help you overcome anything you face (you swap between them through your inventory controls). You’ll just need to adapt to the resources on hand that you’ve decided to pack.

I’ve already seen a couple of cases where I might’ve taken a different path to victory had my group contained perhaps someone a bit more physical rather than the bookish but charming companion I’d grown attached to. I’ll say this, it’s also hilarious to listen to their interactions while riding on the subway to their next destination.

Yep, our heroes use public transit. It’s NYC after all! 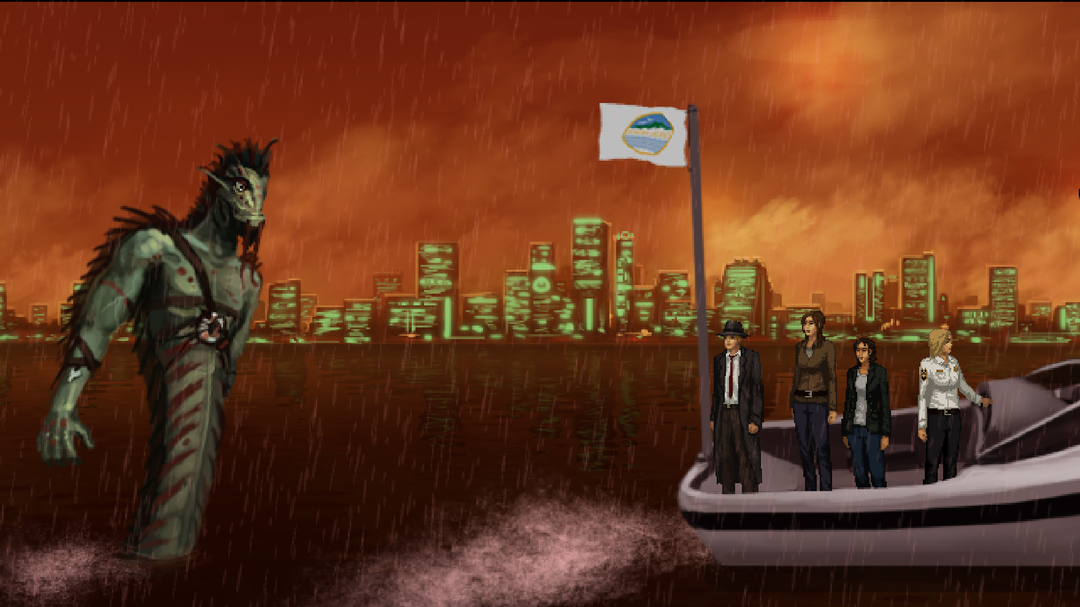 I knew there was a reason I stayed away from Staten Island during my time living in Queens.

It’s funny that I should think about games with comparatively “poor” graphics and relatively simple gameplay compared to the AAA titles of today and consider the smaller stuff as more desirable in many respects. In fact, when I talk about “classic” games with friends, we almost always have a few shared titles that we speak about in hushed admiration to this day. Go ahead, ask anyone about the opera scene from Final Fantasy VI. What keeps us coming back again and again to certain games, even if their graphics are retro, the budget is small, or the game just doesn’t seem to have the raw power of a 3D rendered, modern masterpiece?

It’s the story. And storytelling is one thing Wadjet Eye does very right. In a recent tweet about an “angry thread” involving “an Arab in the screenshots” (character featured two pics above, by the way, the lady in the green hood), Dave from Wadjet Eye said simply that the game doesn’t have any kind of political mission or ulterior motive. It’s made by a New Yorker about New York. “This is just…normal life.” Aside from all the magic and creatures of folklore, I’m sure. But that point stands in my mind foremost as to what Wadjet Eye Games does best: it tells stories.

Those short chapters, each compartmentalizing the puzzles into manageable bites out of the larger main course, really help the players enjoy the story while enjoying solving puzzles. Every scene in the story moves at a good pace, and with Unavowed I never felt like the plot was dragging because I didn’t play well enough. My press demo ended on a real cliffhanger, and you can bet I’m eager to see how this story ends. I’m already that invested in the plot and its characters.

If you’d like a sample of Wadjet Eye’s work, I highly suggest checking out Technobabylon on Steam (the second pic featured in this article). There’s a free demo for download if a taste of their style is what you’re after.

If Unavowed sounds like a game you might be interested in, it’s currently available to wishlist on Steam. The release date is set for August 8th, and you can see a trailer for it here. This old school adventure gamer gives it two big thumbs up.