Why We Con Part #1:
A Community of Gamers 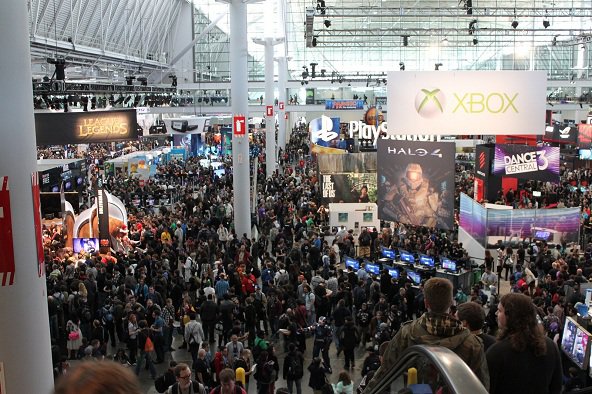 It's only fitting that I'm writing this now - on 4/17, at approximately 1:45 PM, the tickets for PAX Prime in Seattle went on sale. By the time I looked at 8 PM that night, every single ticket, from 4-day passes to single passes on Monday, were sold out. I don't know exactly how many tickets that is, but I DO know that PAX East is somewhere between 60,000-70,000. When I got my tickets for that, it was a desperate rush, and by the end of that weekend, it was impossible to find any three day passes.

The question is, why?

I mean, think about this logically - you've just spent somewhere around $75-105 to wait in lines to see developers and their staff advertise you games that you are already interested in. I know some people who waited in line for nearly an hour to enter the expo floor at East '13, and then waited five hours to play the new Elder Scrolls Online game's beta. 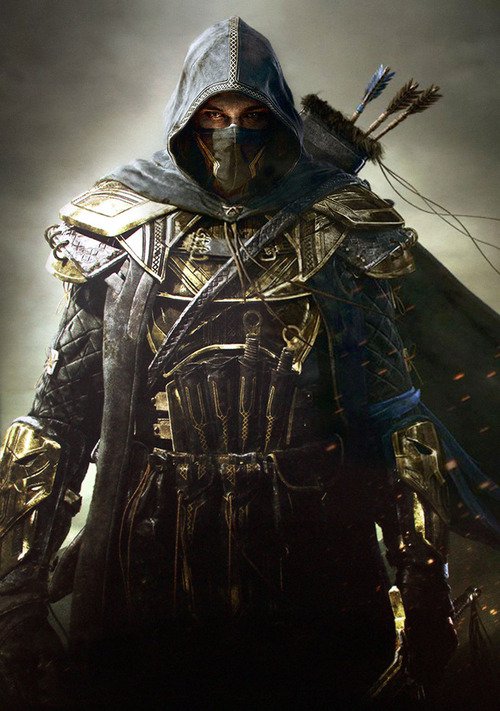 To be fair, this dude's bridge seigeWAS really cool.

To over generalize, it's obvious most of those line-waiters are going to buy that game when it comes out polished. Why wait that five hours? Why drive the hours, if you live out of Boston, to wait in those lines? I mean, if you really want to look at it cynically, all the stands you see on an Expo floor are out for your wallet and the good green things that are inside it. 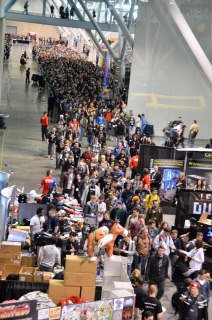 New sights and sounds? In the age of the Internet ? We can vicariously devour everything, and all the different livestreams and blogs are sure enough to bring these things to our doorstep soon enough. All those interviews are going to have someone with a camera phone nearby. Why wait in line?

In the end, the answer comes back to our need of community. I remember, very distinctly, reading an article about music concerts in TIME when I was in high-school right around when 1999 became 2000. It asked why they even happened anymore, when music was so cheap, so easy to pirate and copy for free. As the information age as we know it dawned, when we could begin to buy headphones with just as good quality as concerts (if not BETTER, according to some advertisements), why spend the money, wait on the lines, and deal with the crowd?

Lets continue with the music comparison - you are at work doing customer service, say, in a grocery store. Long day, boring, nothing you are interested in. But then this guy comes in with a Hybrid Theory T-shirt or maybe a Pink Floyd album cover album image on their hat, and you suddenly during that awkward pause between scanning all their check out items you can look up and say "Totally my favorite Album", or maybe " One Step Closer 's the best song on that album, by the way", or even just "Nice T-shirt". Sometimes, you'll get a blank stare, but just as much you'll get a smile and a "thanks", or a "Me too", or maybe, just maybe, a way to start a conversation with a complete stranger. The moment passes, the person pays, and suddenly they are gone. You probably don't even remember their face, but guess what? For that minute, or moment, you were able to live or relive those songs, maybe those memories of what it was like to hear those songs for the first time. For that moment, and for a while after that, you have a way to own a little more of your day, and have it cause connections in your boring, normal life.

Concerts are that, but instead of it being a brief distraction, its now the main event. For a full night, or even a full day, you can bask in the lights and sound of your favorite music, not having to worry about distractions like daily responsibilities or chores or other social niceties that you might need to put on in public. You can immerse yourself in the experience that, although perhaps you did not make the music yourself, you chose that band as something akin to yourself... and better yet, all of these people around you headbanging, dancing, grooving, jiving, cheering to the same music? They agree with what you are enjoying, and so they in turn agree with you. 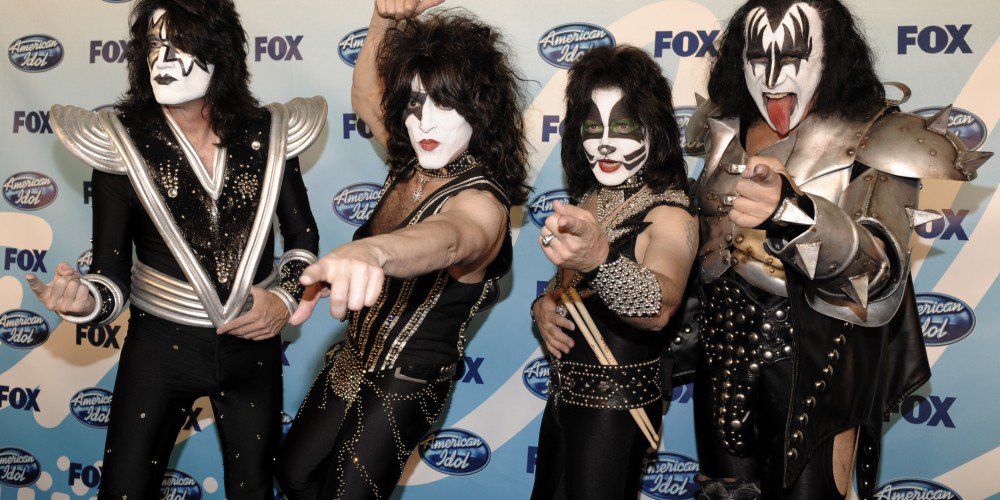 Even if that means strange costumes and makeup.Say, isn't this cosplaying?

This sounds a little reductionist, and it is to be sure: there's many individual reasons for liking music and concerts besides "I Belong!", like how some bands sound AMAZING live, and how you can actually meet the band members, the list goes on. However, you can't not appreciate the rush of energy when you pack a hundred fans into the bar in your town for the local band, or 30,000 into a city stadium for an international icon. Even if you aren't a people person, even if you are embarrassed by the die-hard fans that you feel give your favorite genre a bad name, most appreciate the sense of belonging.

Conventions, especially massive ones like PAX East or Anime Boston, give this sense of community to nerdy subcultures on an incredible scale. Ironically, it might be because we are such an online community that the conventions can be so successful and upbeat - a rare real-world catharsis, where many people just drop the veil of normalcy and indulge in as many meme references and in-game jokes as they can. Where you can wait in line for hours, and no one will look twice at you for pulling out a game boy or a deck of gaming cards to pass the time. Hell, some of it turns into performances of our own, with dressing up as the roles, enacting random dance parties and real-world meet ups, the list goes on (but more on cosplay later in part 2).

Before this makes gamers sound incredibly needy for belonging or attention, it should be easy enough to point out that most people on this earth have their community epicenter moments, on some level. From sport stadiums to the local sports bar with twenty televisions and shouting fans, to celebratory town parades and holiday religious services, one of the pleasures of these events is that "I belong!" moment, where you know people are your people simply because they are cheering, praying, or cursing in the same way you do as well. The community is powerful, and in a 21st century world where we can all vanish into Ipods and our own media loops, its important that each community has its ways to invite a dialogue, whether its a Victorian Era book club, a open block party with frisbee and hot dogs, or a LAN sniping session at the local college.

If anything, I believe that the gaming community should be proud of events like PAX East, and of the smaller, humbler college conventions that leave their doors open. It contributes to a happier, more open community and subculture, something that is rare where people have less and less reason to go outside to do things on their own two feet. In fact, studies have been showing for several years that gamers are actually becoming more sociable than the average person in developed countries, and that trend doesn't seem to be fading. Conventions are celebrations, not just a consumer feeding frenzies, and its important to recognize and celebrate that fact too.

It seems fair enough to close with some words I read right before experiencing my first PAX moment back in 2010, handed down from Gabe and Tycho themselves. If anything, the express the enthusiasm I only hope I've expressed:

Let us put it aside for now: PAX is nigh! Hail, Enforcers! Hail friends, new and old! Let us be about our strange business; let us concern ourselves with the founding of a culture.