From Future Sight To Hindsight 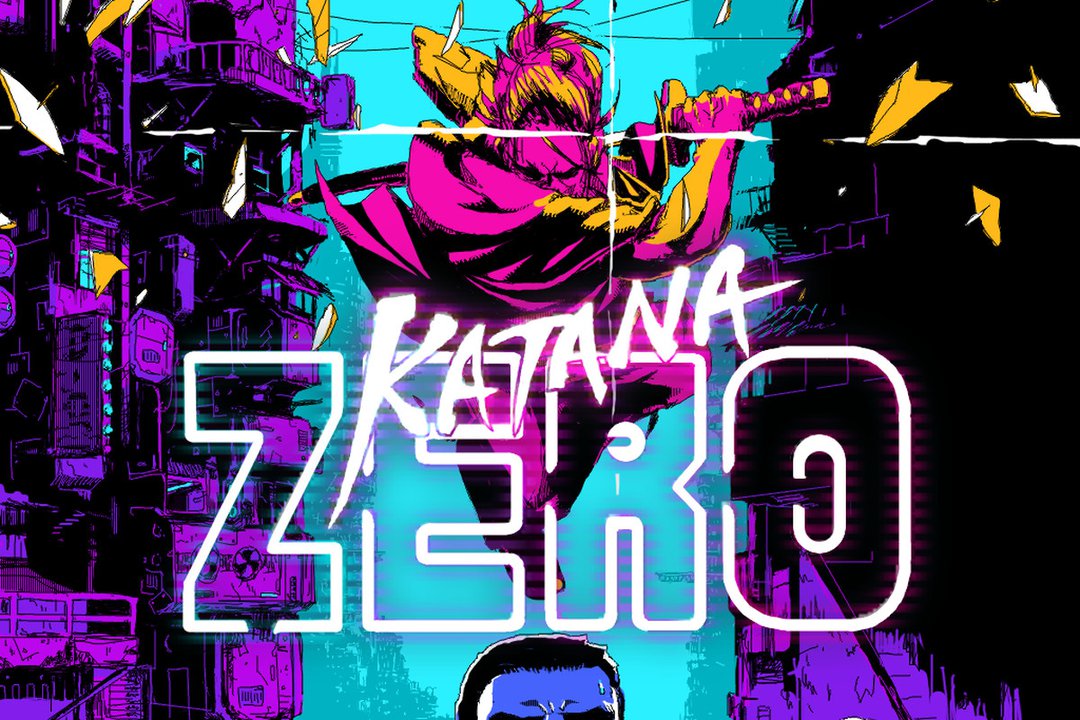 To take on Katana Zero simply as a review would be doing this game a disservice. Is it lovely in all its pixelated glory? Yes, without a doubt; its setting paints an evocative and atmospheric, post-war dystopia. Are the controls tight, and does this game pack engaging mechanics that let you feel like a sword-wielding badass in a world of high caliber weaponry? You bet, and also it has a killer soundtrack! Buying it on these merits alone would be totally justified. That’s certainly what I did. Yet if you dig deeper, something else emerges.

In a lot of ways, my time with Katana Zero made me appreciate more and more what it is about games these days that draws me in, or rather what keeps me drawn in. I came to this game for its stylish artwork and crisp gameplay. I came because I saw the promise of a warrior so adept as to deflect bullets with his sword while running through levels, cleaving enemies and leaving streaks of blood across the walls like a classic samurai flick. Toss on top of that the 80s vibe, the neon, the VHS style replays and framing of the game, and this was set to be my champion of indie action games I’d play and replay for months to come.

Until it became something more. 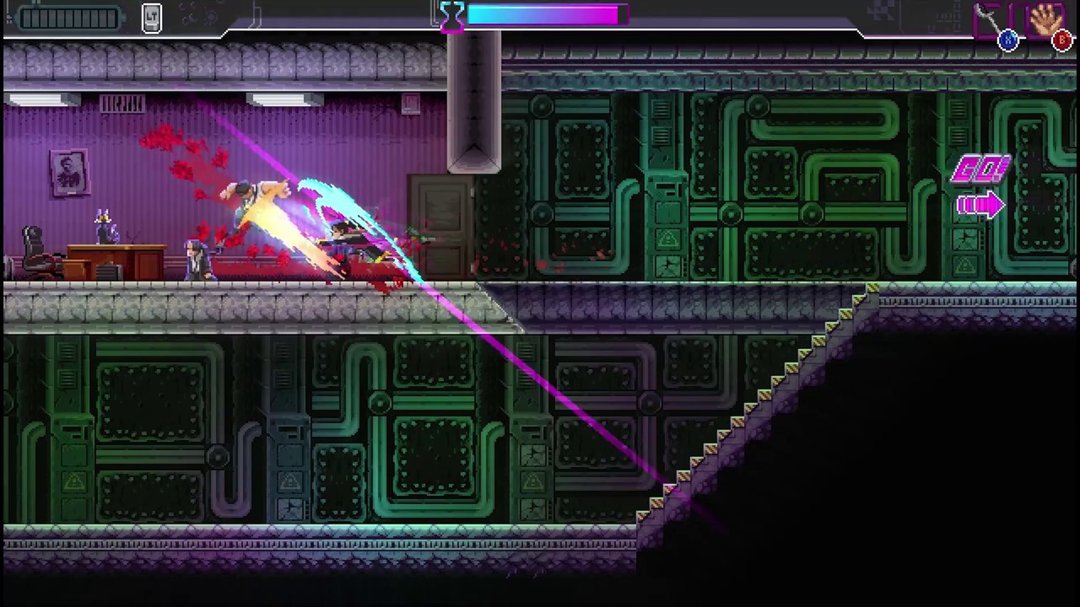 Can't get your fix of beating gun weilding thugs with Japanese steel? Devolver's got you covered.

They Never Tell You The Whole Truth

The premise of Katana Zero is pretty straightforward. You are an assassin bankrolled by a mysterious group to take out—well it’s not made clear early on what ties your targets together, but you get the sense that these powerful people you’re after are somehow bad. On the way you’ll cut down dozens of enemies, leaving no witnesses. You’ve got your standard attack, jump, and roll buttons, but you can also interact with items in the environment, toggling switches or traps, throwing certain objects, and taking alternate paths through levels. The main feature is a time slowdown, a limited special power that allows you to react to gunfire or just give you that little bit of edge against certain, tougher foes. You run the level, starting again and again if you die, until you can run through it without taking a hit.

“Yes, that should work,” your character says once you get it right. Then you get a replay done in the style of a black-and-white security camera feed playing back your perfect solution. In talking with the developers at PAX East, they said to me this is how he’s planning the level out in his head until he runs it through for real. It was a clever statement, partially true, and partially obscuring something more; there’s a one-liner early on that references precognition which I missed in my first run of the game. Really, with this game going down the rabbit hole as it did, I can’t blame them for holding on to a few secrets. 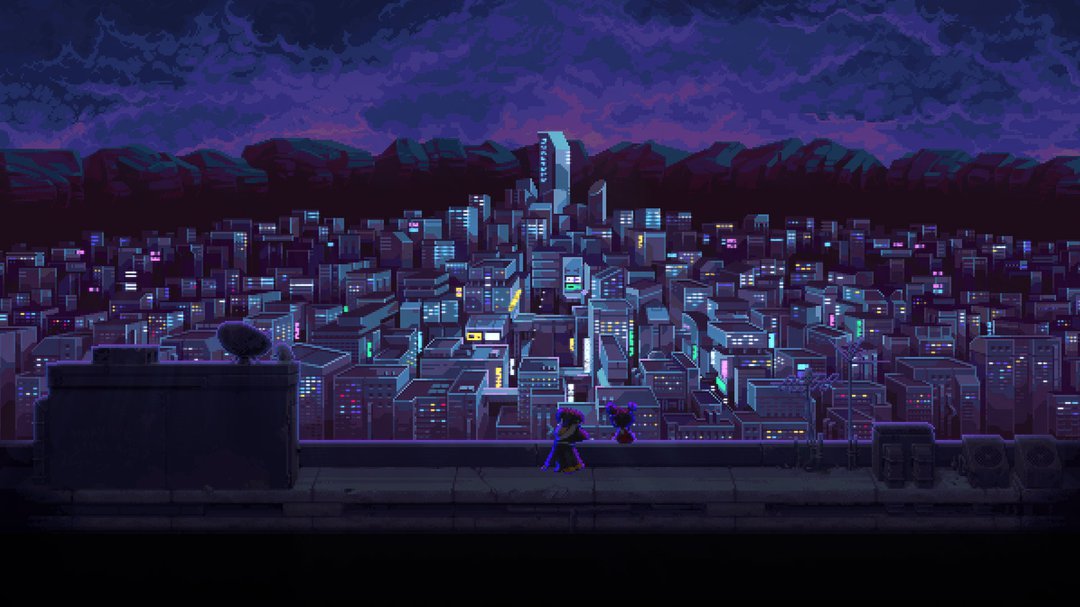 A sweeping cityscape hints at the larger plot and motivations.

In the interest of keeping this spoiler free, I’m going to stay a bit vague, but something is going on here that I’ve seen in precious few games. In a meta touch, the structure of the game itself is a mirror of what’s going on in the story; the mechanics and the narrative are inextricably intertwined, and often what you see happening with your game mirrors the perspective of your protagonist. If you’ve played either Nier Automata or Undertale - two games that mess with the concept of save states and how they relate to the game itself - you’ll get where I’m going with your samurai’s precognition and his ability to think through a level to run it flawlessly. Without saying too much, Katana Zero’s story very quickly evolves into something unique.

In your first couple levels, things are off to a great start. You’re given dossiers with targets to track down. You walk in, you kill all the witnesses, you ensure the targets’ demise, and you exit ahead of the police. This was the game I was expecting. What I wasn’t expecting was downtime between missions. Seeing my apartment and falling asleep on the couch with the TV on. Having conversations with people in the hallway. Nightmares plaguing my character. Therapy sessions with drug treatments. Character development and choices abounding in a way I did not expect or sign up for, and I was more than fine with all of it. 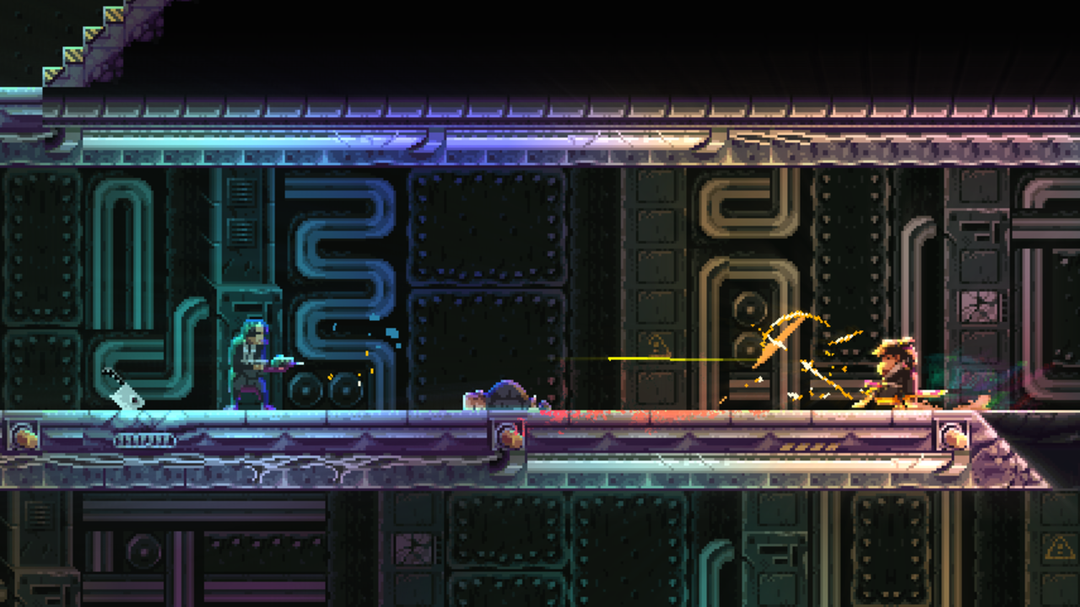 There are sneaky ways you can work through levels, but kicking down a door and batting back bullets never stops being satisfying.

When A Moment Stretches Into Infinity

It doesn’t take long to run through the entirety of Katana Zero. Several hours at best, and likely less once it’s not your first playthrough. I beat the game after just a couple days of casual play, but I personally haven’t yet gotten my fill of slow-mo bullet batting or cutting down four enemies in a single sword swing. Just for that, short as this game is, I would play it again several times. Yes, there are some hidden extras post-game that you can unlock for use on subsequent playthroughs, if you’ve found some cleverly hidden key cards. But none of those things sum up why I would recommend spending $15 on a game you could honestly blast through in a single afternoon.

I’ve been asking myself again and again why so few triple-A titles stay with us after we finish them, if we finish them at all, while tiny indie games and old classics seem to stick. It’s not just a question of innovation and risk taking; what suffers when the focus is all about the graphics or the shooting mechanics? In what ways do those fail to deliver that other, smaller games seem to get right? I’ll go out on a limb here and say that it’s not enough just having good gameplay or looking pretty. Simply put, it’s about having engaging storytelling and relatable characters. 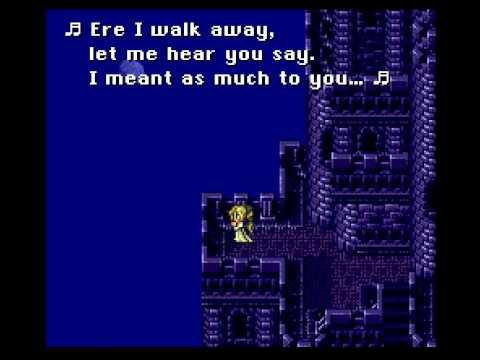 Ask any Final Fantasy fan for a favorite scene across the series and you'll get a slew of Opera responses.

Nostalgia aside, there’s a reason a lot of gamers look back on classic games fondly. In many cases, things like their graphics haven’t aged well over the years. Yet they stick with us. Why? Because we love the characters. We love the stories they tell, and we still remember being on the hook with burning questions about which the plot had us spinning our own suppositions like crazed conspiracy theorists. Katana Zero understands this, and it shows.

There is, of course, no shortage of people on the internet complaining about the short length of this game. Frankly, for something less than the cost of the last pizza I bought and many times more enjoyable, I ignore those criticisms. If this looks like the kind of game you’ve been meaning to try, support the developers and treat yourself to a marvelous experience. Katana Zero is a bit like the old adage: the flame that burns twice as bright burns half as long. You might burn through this game in record time, but for that story, for the experience you’ll live through as you play alongside its engaging characters, and for all the twists and turns you tumble past, the price of entry here is money well spent. Don’t let these precious few hours of story pass you by.