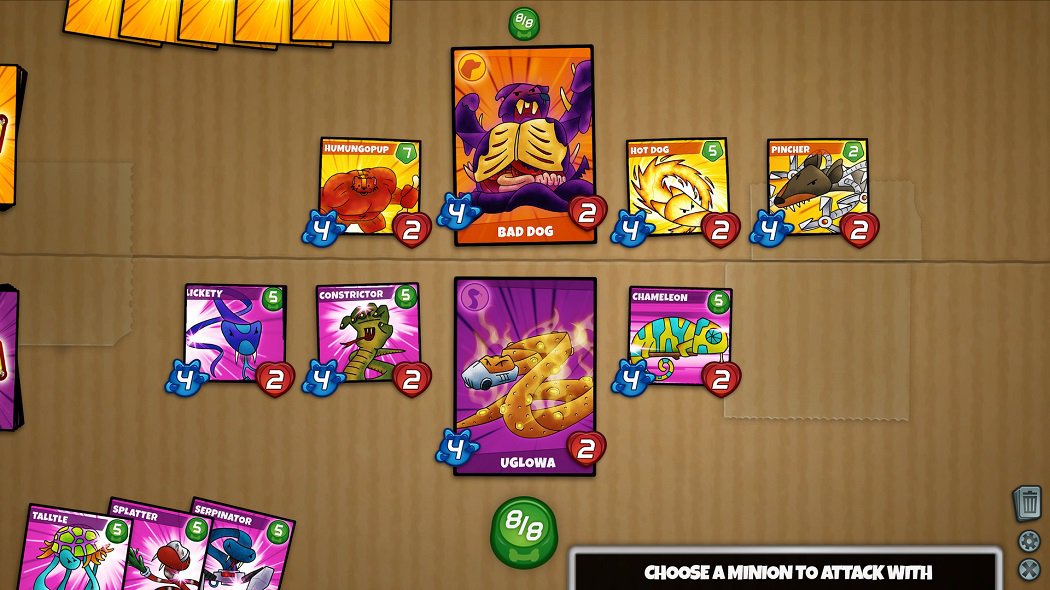 Cardpocalypse is, as you might have gathered, a little bit hard to define. You play as Jess, a new student at Dudsdale Elementary School where everyone is totally obsessed with the hit CCG Mega Mutant Power Pets. The bad news? On Jess’s very first day, the game gets banned and everyone thinks it’s her fault! Oh yeah, and there’s also a bit of a situation where the Power Pets are real and evil and invading Earth, but the real issue here is that Mega Mutant Power Pets is banned and it’s your fault! 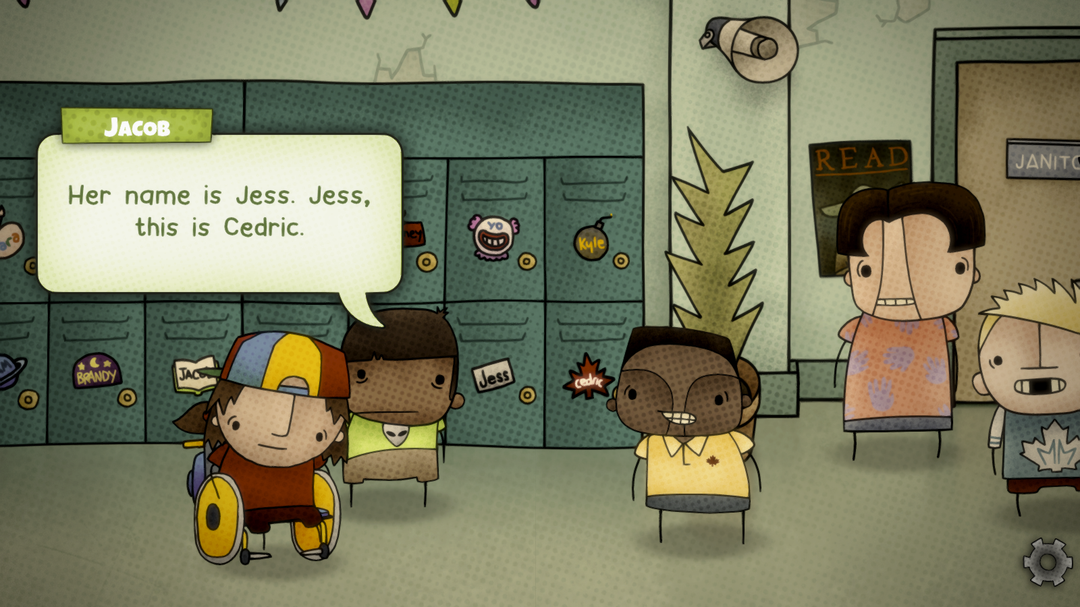 Also, Jess is in a wheelchair and it has no bearing on the game at all. Props for representation!

You know what that means: time to save the world.

The core gameplay mechanic is the in-game CCG, but there’s more going on here than just throwing down. There’s a heavy social aspect to the game, as many of the NPCs will have quests for you to do or conversations to navigate. You can go straight for the main quest if you want, but there are a ton of side missions you can do before ending each day if you’re in the mood. It helps flesh out the world, but it also lets you acquire more cards. There’s also a simple point-and-click investigation mechanic and a very rudimentary friendship system.

However, in the end it all comes back to Mega Mutant Power Pets. The game’s signature CCG plays a bit like a pared-down Hearthstone: decks are 20 cards each, you have a leader with 30 life and a special ability, and each turn your resource maximum (food, in this case) goes up by one. There are cards you can set down for a single food that will trigger when certain conditions are met, and your main goal is to attack your opponent’s hero enough to bring its life down to zero. 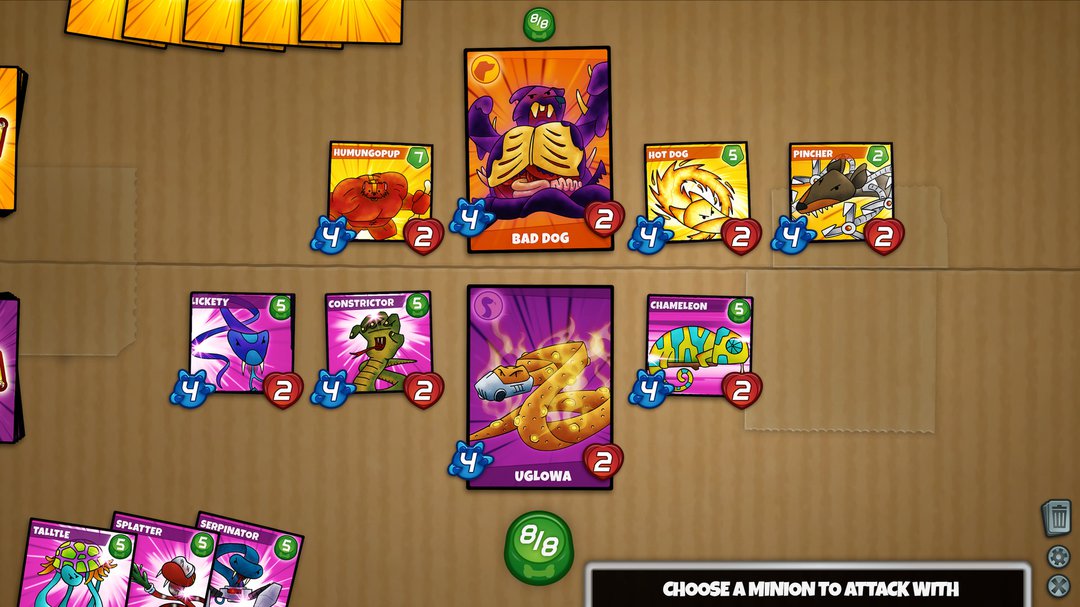 The art is chunky, childlike, and sort of adorable.

However, unlike Hearthstone, your leader also has a more powerful Mega form that it enters when you get down to 15 life. Between that and the increasing food, there’s a natural escalation as the match goes on. Play is quick and tense - by the end of Cardpocalypse it isn’t unusual for games to only last three or four turns, so every move counts.

What’s really different from other CCGs, though, is that the cards and the game are customizable. Not just the decks; the actual cards and even the rules of the game itself change. You’ll find stickers as you play that you can put on your cards to make them better. Some are simple stat boosts, others lower the play cost of the card they’re on, and rarer ones can give cards new abilities. I even once found one that changed the faction of the card I stuck it on, letting me use that card in a deck that I normally couldn’t. Multiple stickers on a single card can get you some extremely overpowered creatures, and there are also rename stickers that you can use to further customize your favorites. 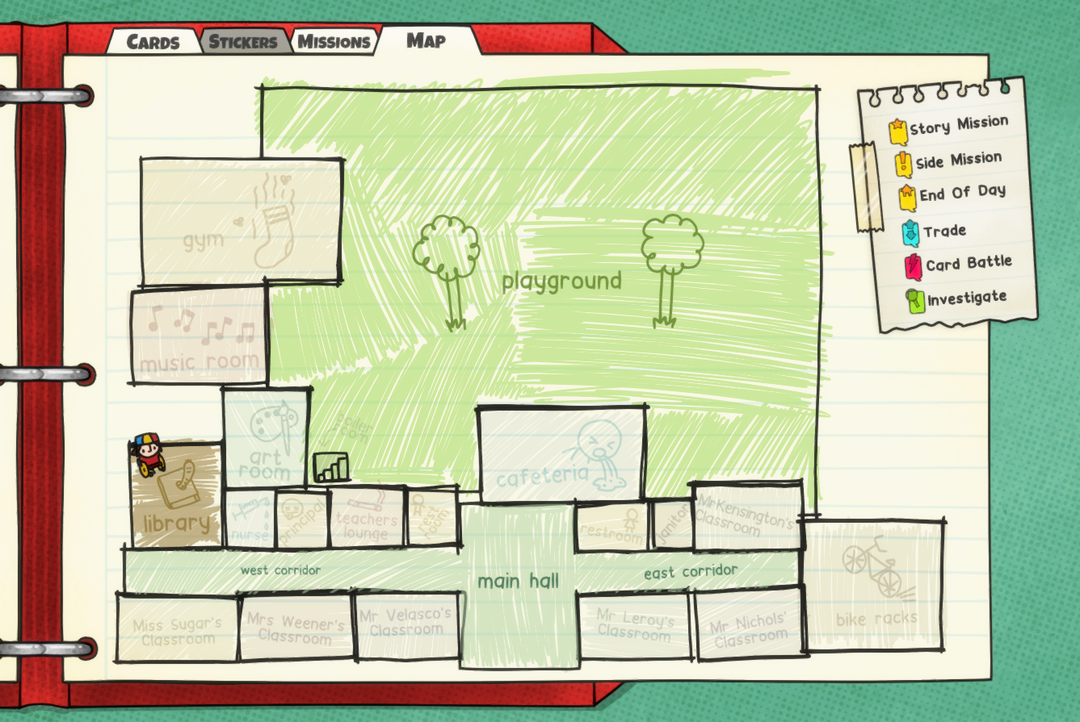 The in-game map is a great touch. It shows you which characters are where, whether they have quests to give or cards to trade, and allows you to fast travel around the school.

Finally, every time you beat a Power Pet, you destabilize the game a little bit and are able to change something about it. After each match against one of these foes, you’ll be given three options and have to pick one. These can be simple effects like making certain types of creatures more powerful or more expensive, or they can totally change the landscape of the game. I was running a creature-heavy Swarm deck, so when I was given the option that players earn extra food each turn based on how many creatures they have out, I jumped on it.

Some Not So Charming Downsides

Unfortunately, just as some of the Power Pets are insects, there are some really noticeable bugs in Cardpocalypse. The most common one was a simple bug with the UI: you’re supposed to be able to hover over a card to expand it so you can read the text clearly, and that function was pretty hit-or-miss. It was annoying, but not game-breaking.

The worst bug I encountered was after a particularly difficult match. There was supposed to be a scripted conversation, but it glitched out and the dialogue wouldn’t progress. I had to restart the game and win the match again to get past it. 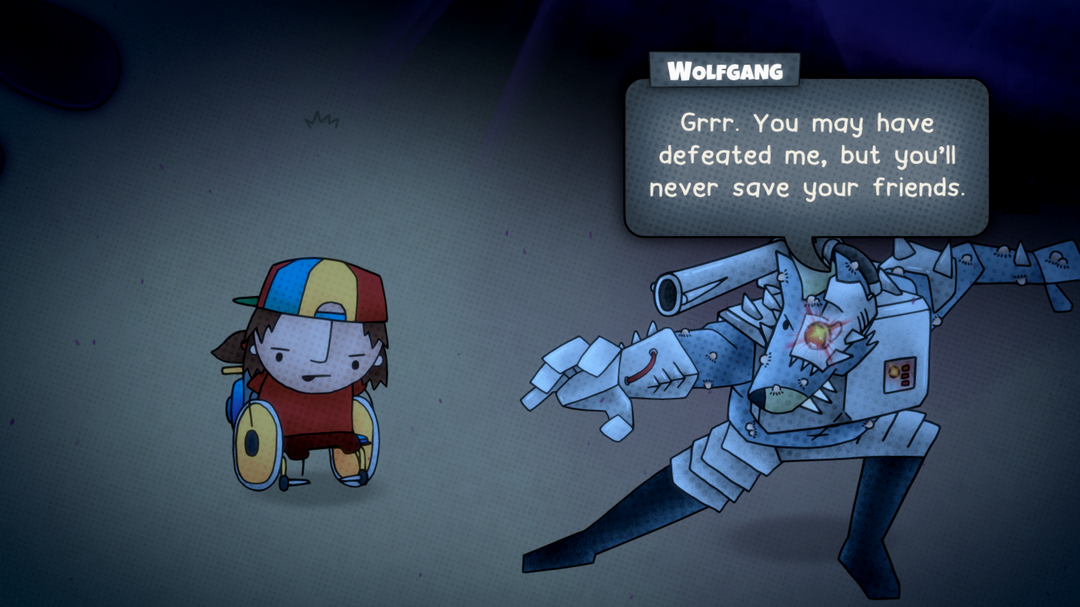 It glitched on this line of dialogue, too. I guess he wasn't kidding!

My only other real issue is that the stickers and rule changes encourage you to go all-in on a single deck to make it as powerful as possible. Once you’re committed the only way to really experiment with a different deck type would be to restart the game, but aside from the deck-building (and trying different dialogue options, which in the end doesn’t change a whole lot) there’s not much replay value in Cardpocalypse.

Speaking as an old CCG veteran, I also have to say that it wasn’t very challenging. Your mileage may vary on this point, but by the end I was able to beat most opponents - including the final boss - on my first try. I actually struggled more in the early game, just because I was still stuck with a weak deck. Once I had some of the right cards and powered them up with stickers, I was able to breeze through the rest of the game fairly easily.

More Than The Sum Of Its Parts

Looking at any single aspect of Cardpocalypse is honestly pretty underwhelming. There’s a fairly bare-bones digital CCG that you can’t even play against other humans, point-and-click investigation and conversation mechanics that are like a watered-down Phoenix Wright, and a social standing mechanic that ultimately doesn’t affect the game much, plus the music is… alright, the music is gloriously cheesy and I love it. 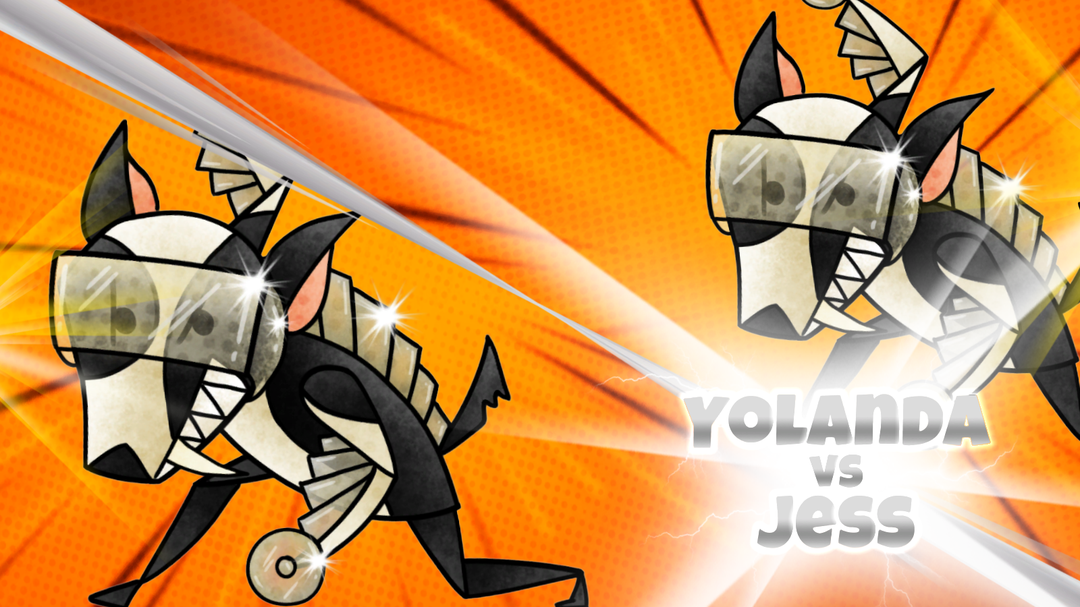 The point is, there’s no one mechanic or gimmick that makes Cardpocalypse so fun and so addictive. They all feed into each other to create a really satisfying gameplay loop that never dwells too long on one aspect or another. By the time you’re bored of wandering around talking to people, it’s time for a match. Meanwhile, the games of Power Pets are quick and fun, and there are never so many in a row that it gets same-y.

Overall, while there’s no single stand-out aspect of it, Cardpocalypse is a great game that I had a ton of fun playing. If, like me, you’re an old fan of CCGs - if you remember the joy of getting that card you’ve always wanted and building your dream deck, you owe it to yourself to give Cardpocalypse a try. The little kid in you will thank you for it.