The Best Way To Brawl With Cards 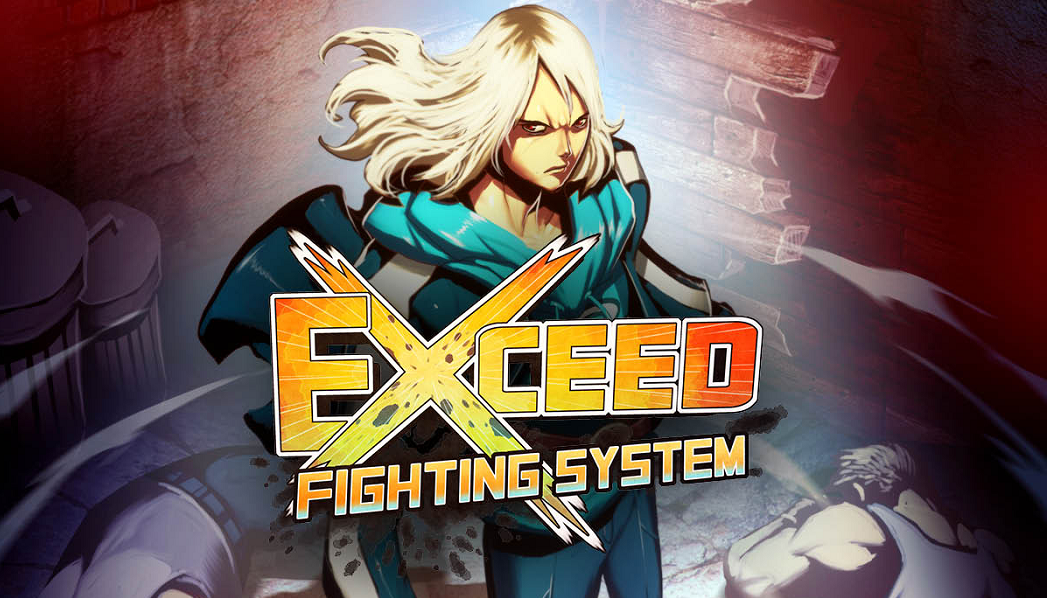 The eXceed Fighting System started back in 2016 with a simple, if rather weird concept: What if a two-player fighting game could be turned into a card game? It’s obviously not the first time that a card game has tried to simulate one-on-one combat (see: every TCG ever), but eXceed wanted to faithfully recreate the 2D fighter experience in cardboard. I was a bit leery of the idea, and while I’d heard of the game before, I never tried it out until this year’s PAX East.

I’m happy to report that I was wrong. 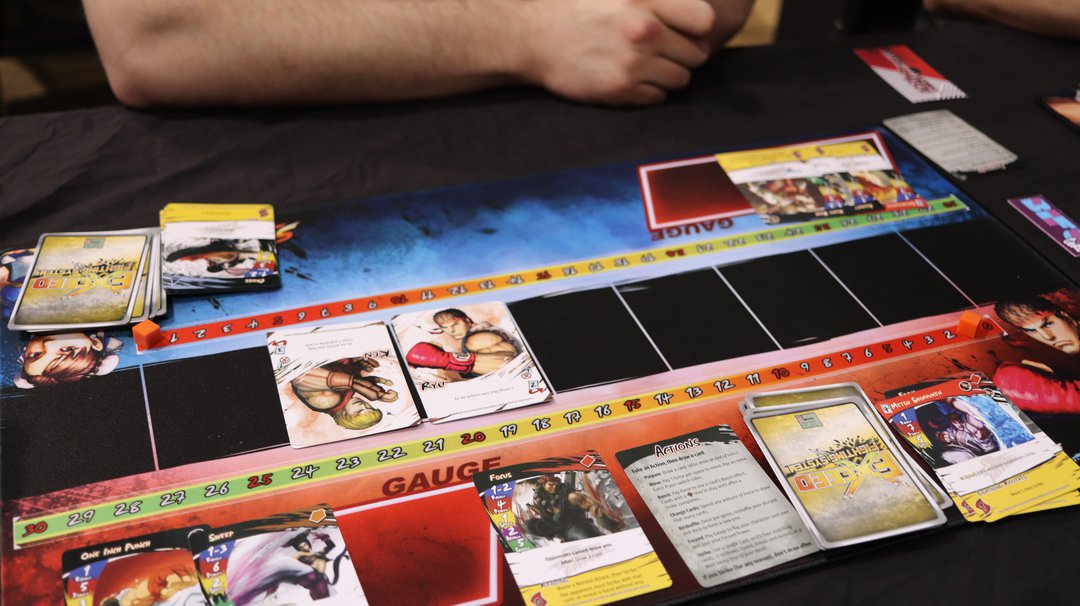 Note: eXceed has been out for quite some time, enough to have 3 'seasons'. This review was written playing the characters from the newest season, which is based around favorites from Street Fighter.

Round One: The Mechanics

The eXceed Fighting System uses a lot of the same mechanics as modern fighters, just translated into a tabletop format. The board is made up of nine tiles laid out horizontally, and you have a hand of five cards for your attacks and tech. Positioning is important, because different fighters want to be a different ranges; Sagat loves his long range fire attacks, while C. Viper wants to beat you down from only two or three spaces away.

Attacking in eXceed causes both characters to place down a card to be revealed at the same time. Every attack has a predetermined speed, and the faster strike always happens first. If you have the slower card and are hit before your attack goes off you’ll flinch, so high-speed attacks have a definite advantage there. However, they can be countered by guard, which lets you tank the damage and attack anyway - like how Ganondorf’s Warlock Punch can’t be interrupted in Smash Ultimate. All of this means that you need to choose each move carefully. Unless, of course, you’d rather just button-mash. Instead of picking a card from your hand to play, you can instead do a Wild Swing by flipping a card off the top of your deck and hoping for the best. Successful attacks add to your Gauge, which can be used to fuel special attacks that you'll inevitably want to keep in your hand for the right time. Some of your strategy is going to be dictated by which 30 card deck you choose to play with, but a lot of the fun is choosing when to play it safe and when to go for the big hits.

The fights in this game lead to delicious tension because of both attacks going off on the same time; do you go for stronger attacks and risk being interupted, or do you try to pepper them with quick attacks constantly while playing keep away? 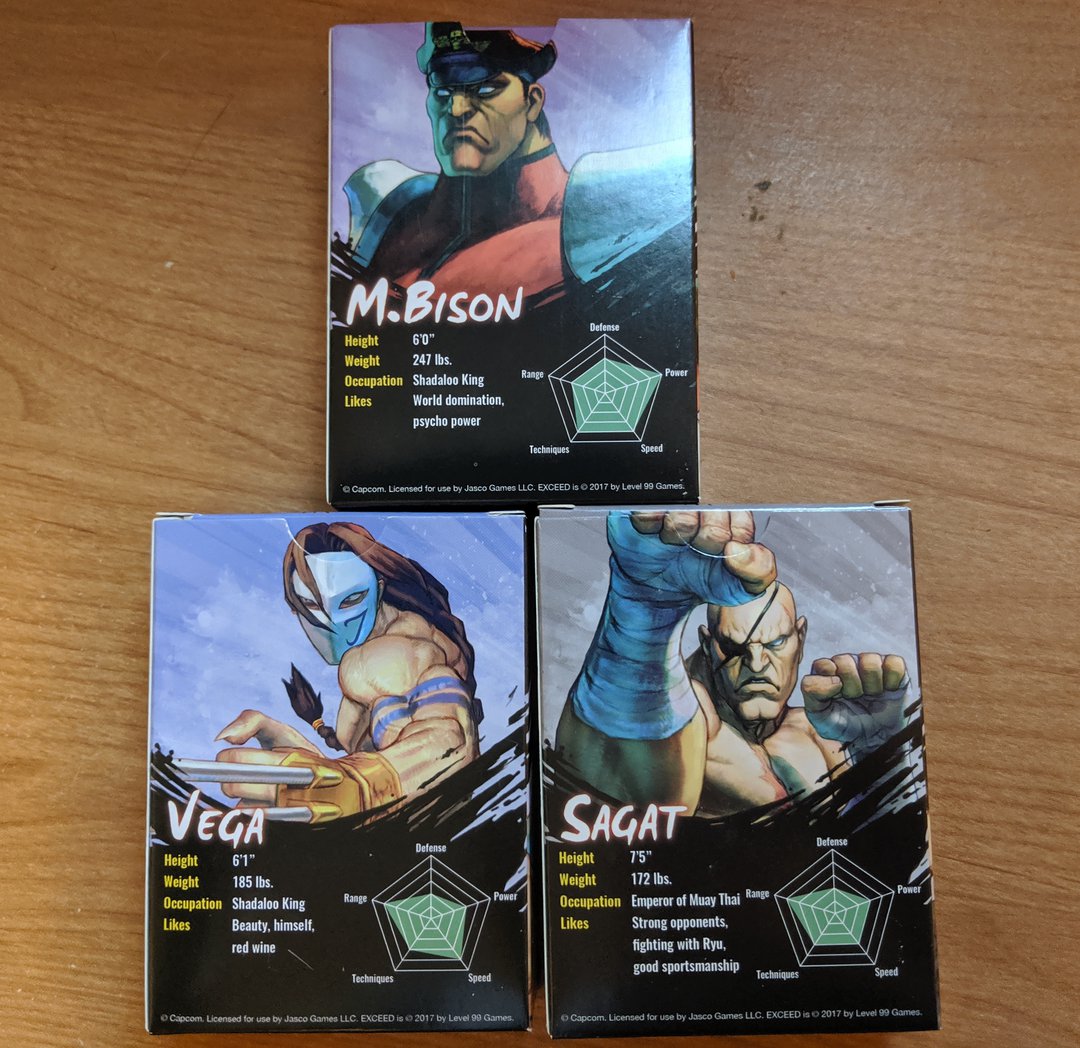 A nice touch is how each character deck gives you a small hint of how they'll play in the game - there is a lot of variety here.

Of course, for all that it’s recreating a fighting game, eXceed is still a card game with card game mechanics. Each card has a special effect called a Boost that can be used instead of the printed attack, which you play like a sorcery in Magic or a spell card in Yu-Gi-Oh. These effects can be simple things like powering up your next attack or moving your character, or more complicated effects like guessing what’s in your opponent’s hand and forcing a discard or a particular attack if you're right. Some of these effects, as well as basic movement, cost Force, which is paid by discarding cards from your hand or Gauge. If you don’t have what you want, you can spend your turn drawing extra cards instead of moving or attacking. So, as with almost any card game, hand and resource management are crucial in eXceed.

The card game mechanics and the fighter mechanics mesh surprisingly well to create a unique kind of experience. eXceed is a card game, which means that it has inherently slower and more deliberate play than a fighting game, but it still feels surprisingly similar to a round of, say, Street Fighter - especially if you’re using the season three characters. You’ve still got to control the distance and predict your opponent’s moves. You have to build up your Gauge and use it effectively. Ultimate attacks are still high-risk, high-reward gambits, and button-mashing is still an annoyingly viable strategy for a newbie.

What I've realized over many games, though, is that the coolest thing about eXceed is the metagame. They’ve recreated a 2D fighter faithfully enough that you need to use a lot of the same tactics and research in order to be good at it. You have to know your own character, obviously, but you also have to know your opponent’s deck and play to counter it. What range is that character most dangerous at? How fast are the attacks, how strong are they? What special tricks can that character do? Knowing the matchup is just as important as playing to your own strengths. I recently started browsing r/eXceed, and while it’s a relatively small community there is some lively discussion of strategy, theory, and the different matchups. 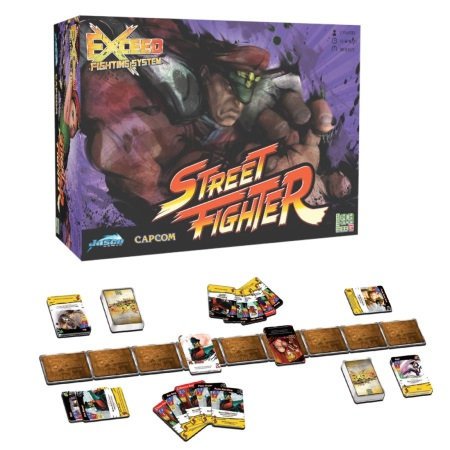 On the negative side of things, as with almost any card game, some decks are just naturally better than others. There are even two characters, Alice and Juno, who are so unbalanced that they have been outright banned in competitive play. Even that, unfortunately, mirrors fighting games - find me a fighter without a tier list and I’ll eat my media badge - but that doesn’t mean I can call it a point in eXceed’s favor. Your favorite character might just not be that good, so you’re stuck either playing at a disadvantage or playing as someone else.

Round Two: Ease Of Entry

The other great thing about eXceed is the low cost of getting started. While trying to collect the entire series would get pricey (as in $300+), you can buy a single box for $25-$30. Each box contains four different characters, so you’ll have everything you need for you and some friends to play. Because eXceed isn’t a TCG or CCG, all you need to do is pick the deck you want and buy the box it comes in. There’s no need to buy expansions or booster packs, since there’s no deckbuilding to be done.

While there is a bit of a learning curve, especially with the vocabulary (so Force is different from Gauge, but I can pay Force with Gauge?), most new players will get a handle on eXceed within a game or two. Since one game lasts about 15-30 minutes, you’ll have a feel for it in less than an hour.

Of course, getting a feel for eXceed is miles away from being good at it.

I asked for some advice on fighting C. Viper and only understood about half of it.

Becoming competitive in eXceed requires a ton of practice and study. Like I said before, you don’t just have to know your own character, you have to know most of the characters in the game to fight effectively. Above, when I asked for help because our beloved leader Wyatt kept pasting me with C. Viper, I found out that I was losing because I tried to fight her from midrange where she’s strongest. I didn’t know my opponent, so I couldn’t win, and that's just one character out of dozens.

If all you want is some casual play with your local gaming group, one box and an hour to learn the game will get you on your way. eXceed is fantastic just for playing a game, grabbing another deck, and trying again. If you want to dive deeper however, there's a ton here to work with.

I like eXceed a lot. I had a great time learning how to play at PAX East, and it’s become a regular fixture at our weekly game nights. It really does feel almost like playing a fighting game, which makes the third season characters especially appropriate. 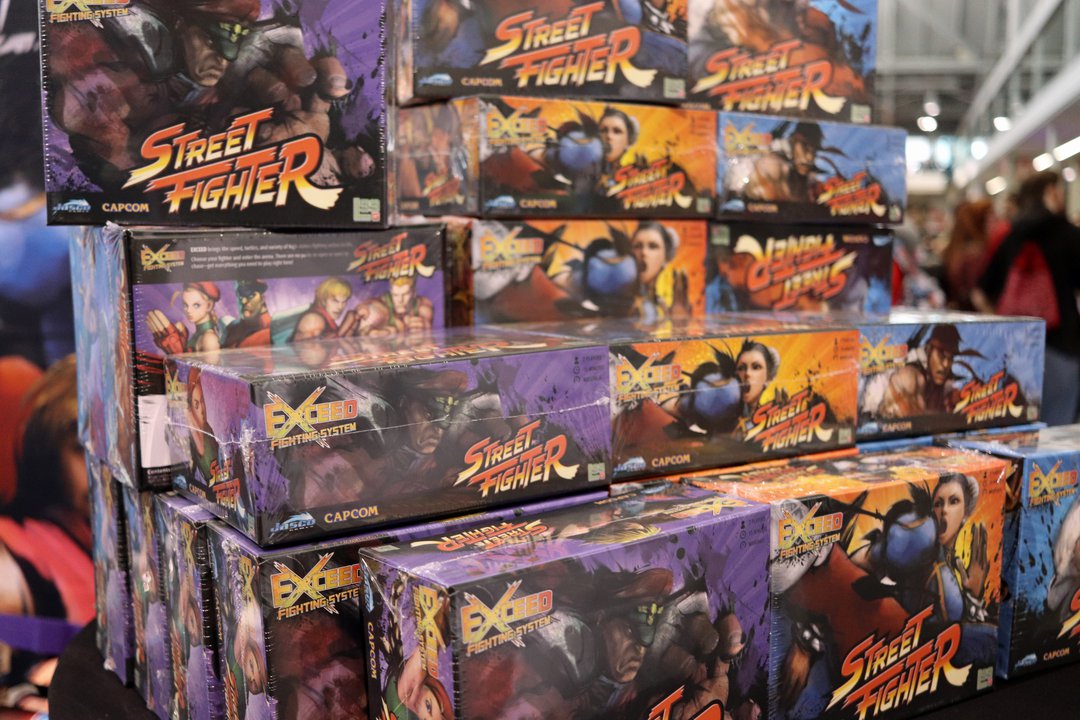 Between the crisp gameplay, ease of entry, and unexpectedly deep strategy, I think eXceed is a game that fans of fighters and board games alike can enjoy. If you get a chance to demo it I highly recommend doing so, or if you want to jump right in and buy a box I don’t think you’ll regret the decision. In fact, the only major downside I’ve seen so far is a lack of organized play outside of major conventions like PAX or GenCon. It’s not surprising, given that this format isn’t as profitable for game stores as a TCG, but it’s still kind of disappointing because eXceed is a great game in its own right.

...Do I dare try to start the competitive scene in the Hudson Valley?