Some Personal Favorites For Your Consideration 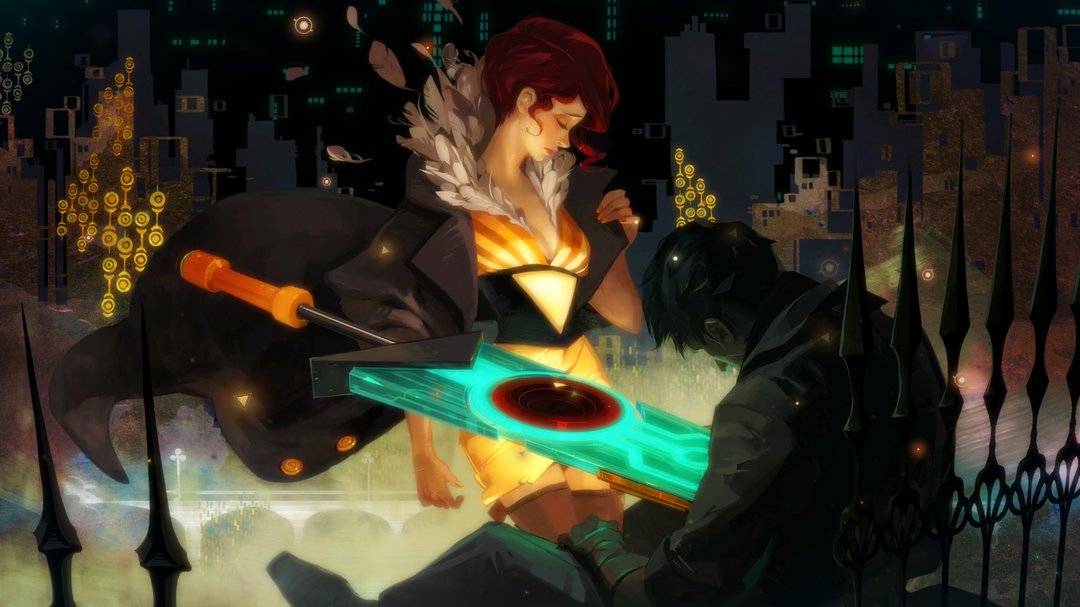 The Summer Steam Sale is always a time for joy, excitement, and crying wallets. Over the years we’ve had a few thoughts about the best ways to approach the sale, but by now most of our readers have come up with their own strategies.

With this in mind, we’ve spent a few days going over what this particular sale has going for it. The new steam points are cute, but there are a lot of big franchise deals going on as we speak. A lot of really good games that might also slip through the cracks also have banner sales going on right now as well.

The list below are some games that I personally enjoy that I think are no-brainers to pick up. I had two requirements for putting the games on this list: that they are at least 50% off, and they are games that I’ve sunk a few dozen hours into and still enjoyed.

The Final Fantasy 10 Remaster Package - For That Classic RPG Feel

This deal goes for most games in the Final Fantasy Series, but I chose this one specifically because its in that sweet spot of cost versus game. As the last Final Fantasy that kept the traditional JRPG format, FFX has a special place in my heart. At only $15, getting a chance to play through it again with updated graphics is going to be a treat – this is one I picked up myself this sale. 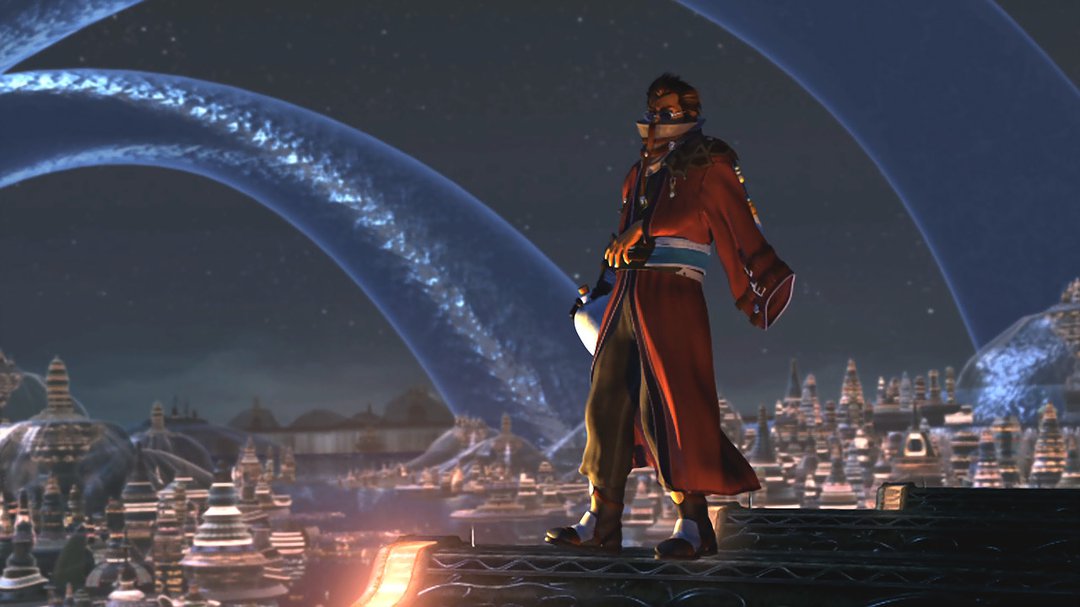 I think we can all agree at how epic Auron is in this game.

The fact that you get the bizarre X-2 alongside it is icing on the cake. While I didn’t like everything in the sequel, I had a blast with its take on the job system; I’m looking forward to playing through these games as an adult who can better follow the story.

XCOM 2 - For When You Want To Save The World

Still one of my absolute favorites, XCOM 2 challenges you and makes you push your limits to save humanity. It forces you to make tough choices, and those tough choices become a story all on their own. The game is usually $60, but right now is only $15 because of a whopping 75% off. 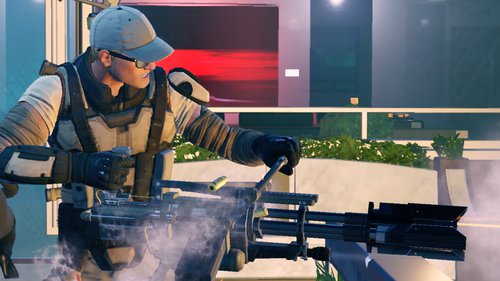 It’s a good time to point out that XCOM games usually have phenomenal expansions that add a lot of content to the base game, and each of these is over 50% off as well. If you are a fan of the series and never took a chance to play through the additional content, now is your chance.

Total War: Warhammer 2 - For When You Want To Conquer The World

My new obsession, Total War: Warhammer 2 is my personal time travel device to the future. As someone who grew up reading the lore books, the chance to try and take over the world has been absolutely immersive. There is a faction for everyone, from the elite High Elves to the tough Lizardmen. Just remember, this is a fantasy game… that has a faction of ratmen who get tactical nukes. I've already sunk in over 100 this year into this game, and that's on top of the 100 hours I put into the first one. 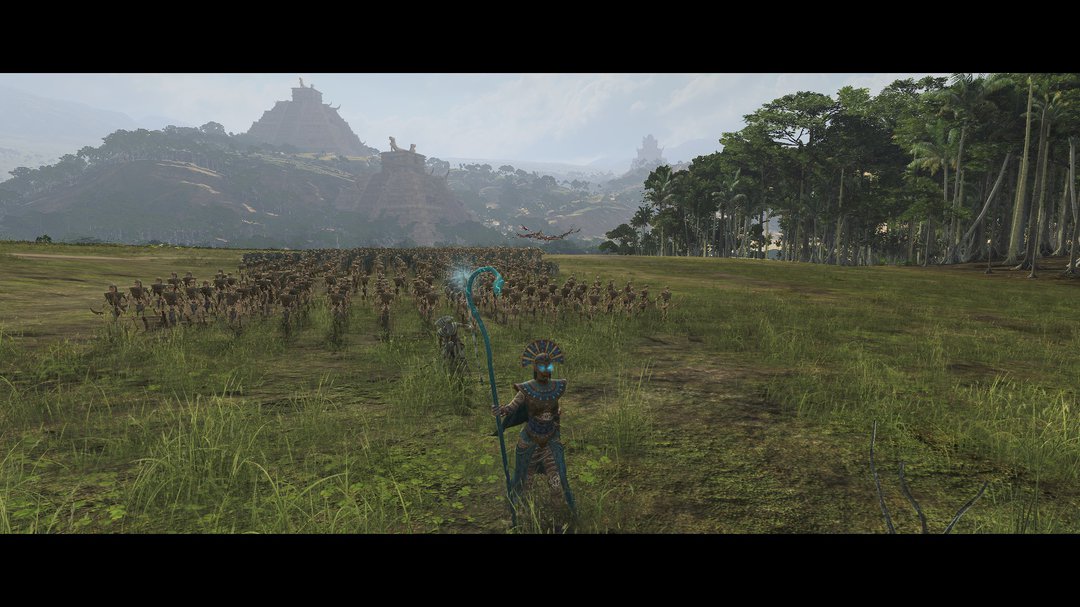 What other game lets me lead a mummified army against lizardmen?

Normally priced at $60, it comes in at only $20 during the sale. These games also have a lot of expansions that embellish and add content, from new lords to entirely new factions. If you pick up Total War: Warhammer 1, you actually get to choose from the races of both games in your campaigns from that point on, and the sequel definitely has more refinement than the original in the series.

Keep in mind, Total War gameplay is immersive and dense; it can be a little daunting for people not familiar to the series. However, once you start crushing armies and sending them fleeing before you, there isn’t another feeling quite like it.

Terraforming Mars - For Board Game Lovers

While the wonderful Tabletop Simulator is also on a great sale, I chose Terraforming Mars as my board game pick on this list because of its art. The board game version of Terraforming Mars is one of the most popular board games in the world that suffers from being difficult to teach, a little long to play, and a little boring to look at. While its got some great gameplay mechanics, it has a bit of a barrier to entry. 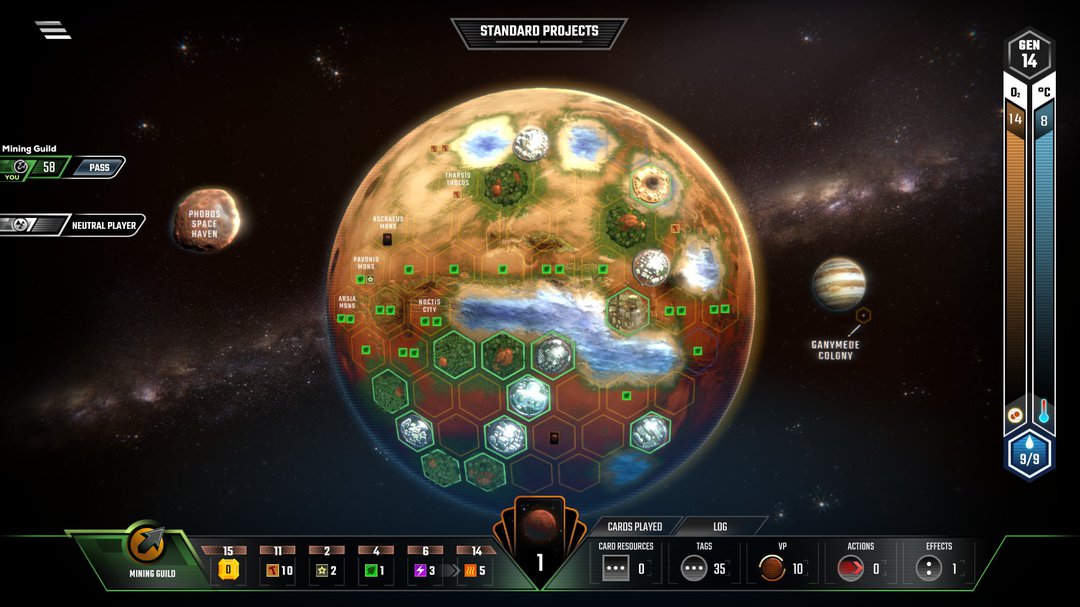 I love complicated board games, but virtual versions can do a great job of teaching the rules to players new to the hobby.

The digital game removes nearly all of those restrictions. Currently only $10, Terraforming Mars Digital is a great way to try out a good game that now has some wonderful graphics and atmosphere, has a good tutorial, and is an ease to keep track of with the computer handling the administration of pieces. It also has a dedicated multiplayer mode, which lets you keep in touch with friends from a distance.

Red Faction: Guerrilla - For Those That Like Breaking Things

Now this one brings me back over a decade. Currently only $5, Red Faction: Guerilla gives you the satisfaction of sticking it to the man while also letting you absolutely wreak havoc on entire cities. With your base weapon being a sledgehammer that can let you blow through walls, the destruction only ramps up as you get more and more tools. 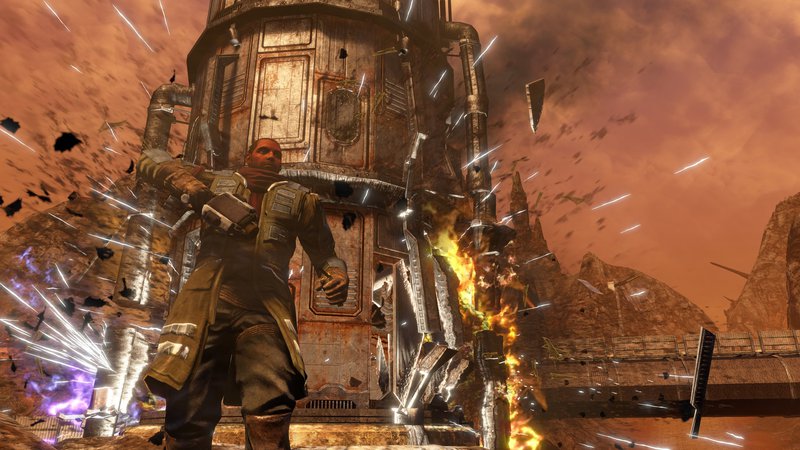 The campaign is a delight, balancing the feeling of mayhem and satisfaction at being a resistance fighter in a way I haven’t really felt since. When you get some objectives like taking out a high ranking officer, you can sometimes just collapse the building rather than fighting up to find them. Why do things the hard way when you can just knock the enemy down to your level?

Dungeon Of The Endless - For When Genre Means Nothing To You

Coming in as my weird pick for this list, Dungeon Of The Endless is a crazy experience. It might be a little difficult to get your head around, but its immensely addictive once you get into it. Playing as a crash-landed prison ship, your small team of survivors have to use the energy from your ship’s crystal to open up various rooms to try and find a way out of the facility you’ve landed in.

The bad news: the facility you landed in is a massive biological testing ground, now crawling with foes that will sometimes surge out of rooms to kill you or destroy your energy source. The good news is: this Dungeon of the Endless is actually a tower defense game, where unlocking rooms gives you more power to create turrets and defenses against these waves. 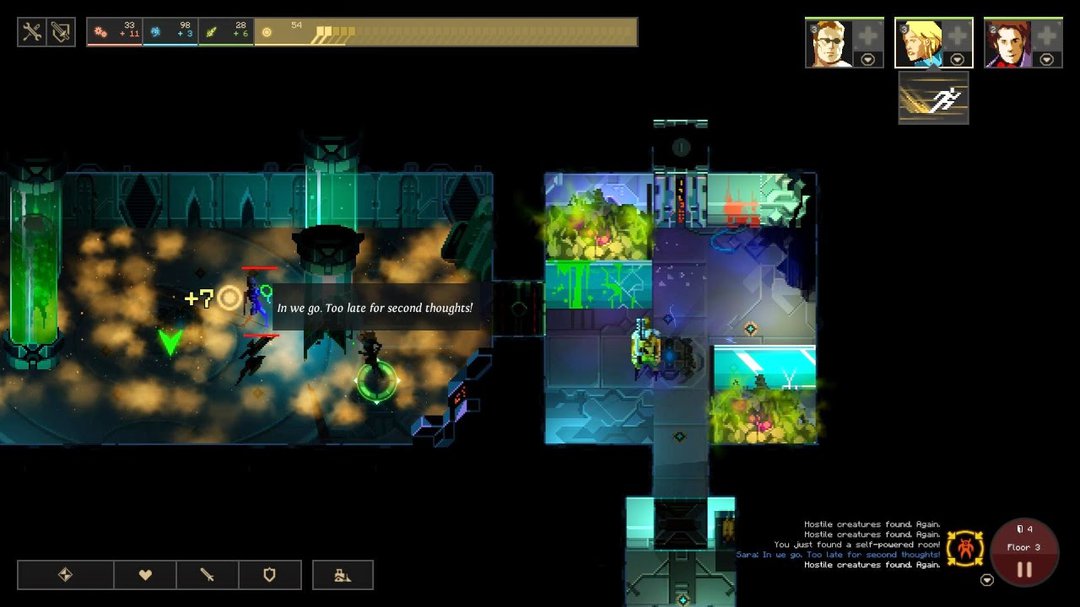 The pixel art is very different from the rest of the series, but no less endearing. There is a LOT of dark humor in this game.

Currently only $3, this already inexpensive game is worth checking out for the equivalent of change in your pocket. I would upgrade this to a must have if you have any friends willing to try it out with you – multiplayer can be incredibly fun with a dedicated team.

Northgard - For Those Who Love Vikings

The little RTS that keeps on giving, Northgard was already a favorite way back when it was in early access. Since that point, it’s gotten a full campaign, constant re-balancing, and developer TLC in a way many games only dream of.

Northgard is a great game for people that want to play an RTS game that feels a little less like spamming units and a little more about exploration and growing a community. Each game has you in charge of your chosen Viking clan as it explores a strange island, taking control of regions, and trying to be the first to get to one of multiple victory conditions before the others. Keep in mind that while the original game came with 4+ factions, small expansions since then have just kept adding in more content to add to the quality. 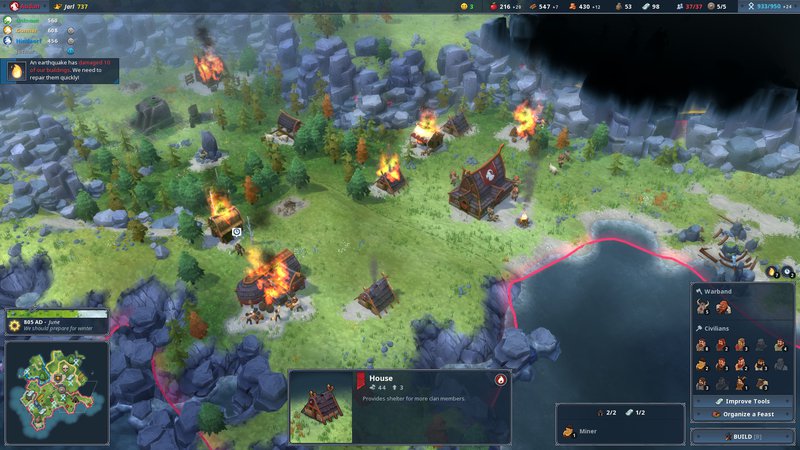 The base game is only $15 dollars, but you can unlock absolutely everything for just $25, giving you access to another five clans. This is on top of all the free updates which created a new “Ragnarok” level setting, a map editor, and finally a game mode called Conquest which I’ve sunk over 30 hours into alone. This is a must have.

Bastion/Tranistor/Pyre - AKA Supergiant Games' Line Up.

Finally, I feel as though I’d be doing a great disservice if I didn’t bring up Supergiant Games’ amazing line up. Their original game, Bastion, began the trend of amazing and thought-provoking narrations that we still see in indie games today. Their second game, Transistor, continued their foray into Action-RPGs, but changed the formula slightly. By shifting it into a futuristic, cyberpunk adjacent setting and adding some new attack elements that were inspired, this was a game that was both fun to play and absolutely haunting. Their third game, Pyre, is quite honestly unique: it mixes gameplay akin to a 3v3 basketball game with esoteric mysticism and a visual novel choose-your-own-adventure story. 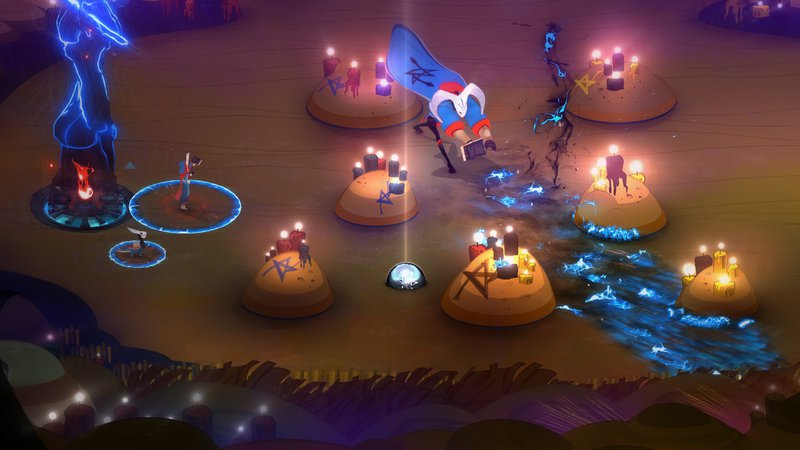 Each of these games is gorgeous. Each of these games has a soundtrack that will stay with you. Each of these games benefits from the amazing work of Logan Cunningham and his voice work. Each is 70% off, with Pyre the most expensive at only $6. Do yourself a favor though: if you like good music, pick up the sound tracks as well. I will probably end up reccomending Hades at some point... but its only 25% off and I haven't played it yet.

Support The Games You Love, And Find Something To Stay At Home With

This sale ends on July 9th at 10am PST, so make sure you pick up something you enjoy before that point. It looks like the COVID crisis isn’t going anywhere yet, so find games you enjoy and can settle in with; or ones that you can play with friends.

Good luck to you and your wallet – may you find a game that for you is a ten out of ten during this sale!