Knight Squad:
The Best Party Game For My TV 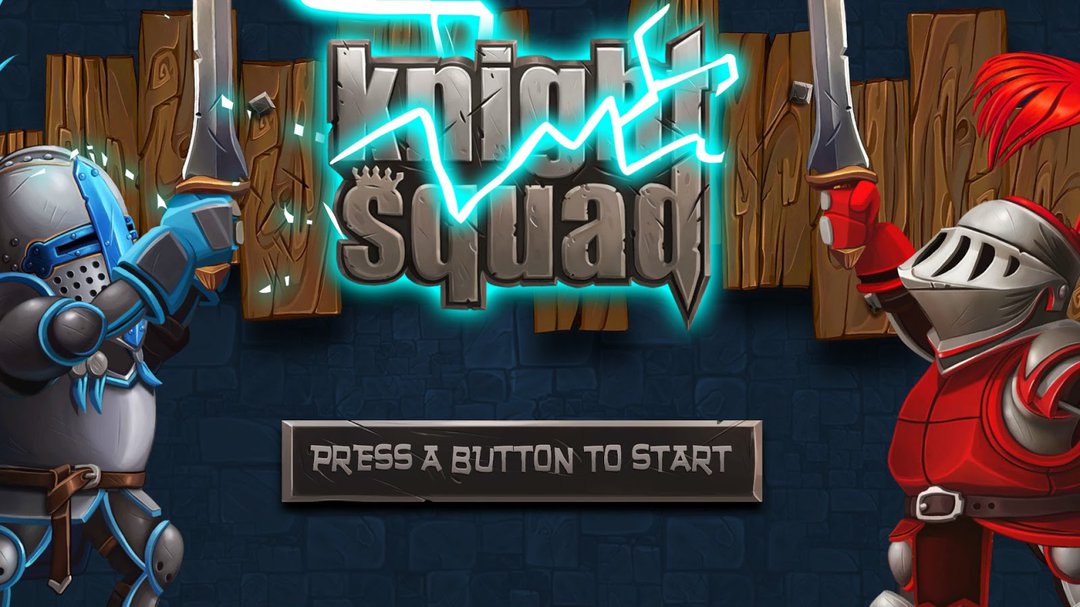 Knight Squad is a game in the truest sense. It reminds you of Gauntlet, mixed with the frantic kill-or-be-killed action that Bomberman used to bring to your screen. It's distilled chaos that's simple and direct. There is no pretext, there is no plot, there is just the game, and trying your best to get as many points as possible as quickly as you can.

I know this sounds strange coming from me; normally, I'm the one that is digging into Final Fantasy Tactics because of its convoluted story-line, or trying strategies on exactly how to beat the hardest difficulty of Civilization V. Here though, I find myself going back to a simpler time where it's just me, a directional pad, and one button to attack. It's all I need, and it's all I want. Three minutes at a time, Knight Squad drops you deep into a frenetic battleground, making you and your friends fight it out to see who will stand victorious.

This article is about one of my favorite games of the last year, finally getting its full release. It was something I loved to play over a year ago, even while it was still unpolished. Now, it's a game that gives you a reason to pull out controllers and make you and all your friends huddle around the TV again.

It should be obvious by now that I am going to try and sell you on this game in the strongest way possible. My mind is made up, and if we were a website that gave out scores, this would probably be our highest rated this year. Knight Squad achieves what it sets out to be, a fast-paced, explosive multiplayer game, designed to cause competition and laughter all at the same time. It's meant to be played with others, with people that are in the same room. That never happens anymore! 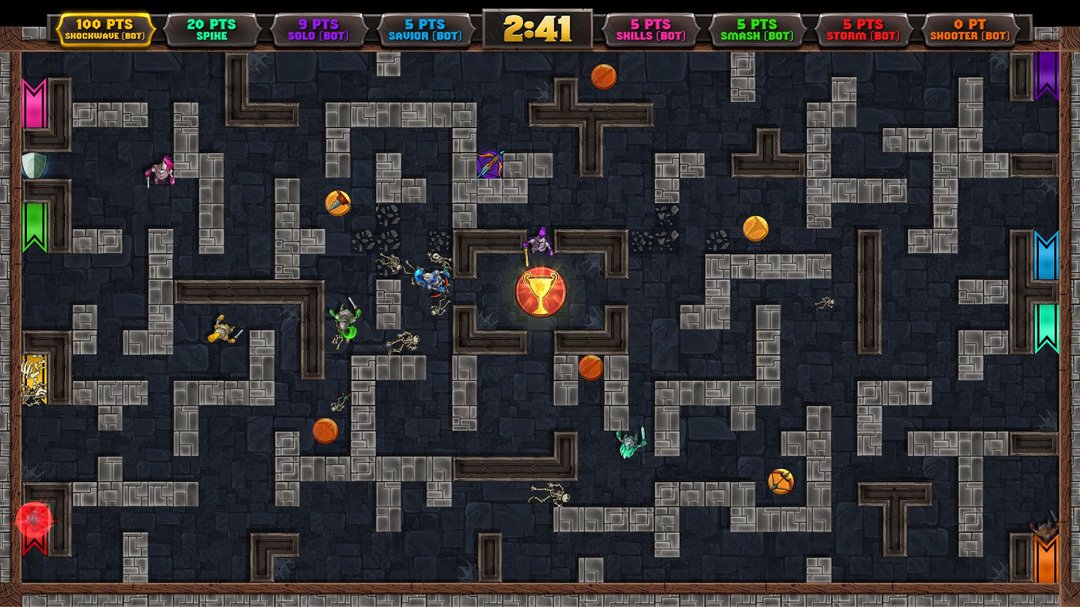 Look at the timer, and then look at the amount of skeletons. This is less than 20 seconds into a match!

Controls are simple, simple enough that I give the same instructions to each people I've ever taught the game to: "Every button is to stab people; get the grail". I usually get looked at funny until the game starts on its default mode, "Capture the Grail," where quickly two things happen: One, it becomes very obvious what the point of the game is, and two, that it's a little bit harder than it looks.

Eight knights crowd the screen, and all of them want exactly the same thing you do. Blocks of stone and metal block your way to the goal, and along the way, there are over a dozen pick ups available to you. ranging from explosives to shields to hordes of undead that join your cause. Every one of these upgrades is useful (and most are hilarious), and it's best you learn how to use each and every one as there is going to be fierce competition to get that grail. 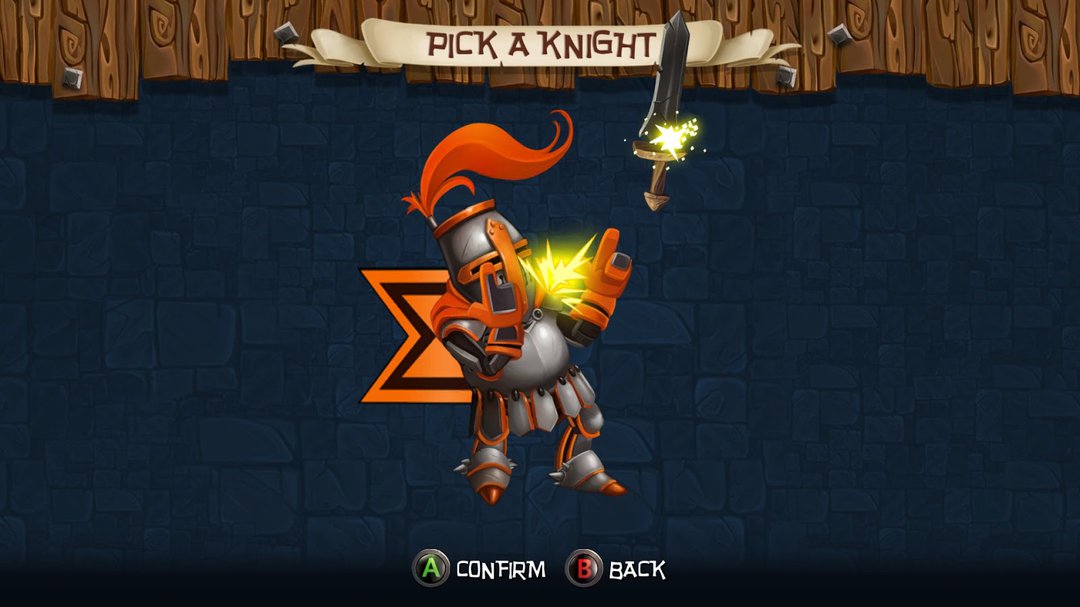 Personality infuses this game: each knight has a different 'S' name and animation to go along with it. I've grown fond of 'Shooter', the Orange Knight.

This is where the game quickly descends into chaos, and stays that way until the buzzer finally hits. The only time you'll see no knights on the screen for any length of time is if someone successfully got the Kamikaze upgrade, then willingly plunged themselves with a drawn out 'nooooooooooooo' into the middle of all the action. Within two seconds tops, knights are re-spawning, the fast-paced music is thumping away, and the action continues.

Two things that you might be worried about, but shouldn't be: difficulty, and variety. While Knight Squad can really shine when you can hook up the full eight controllers to a big-screen, it's also plenty fun if you just have two or three humans to fight alongside. The game will automatically fill any missing slots with A.I. knights, and they are wonderfully vicious to play against. On medium difficulty, the computer can be very good in a tough fight, but can be out-maneuvered through getting strong power-ups or waiting for the right moment. Ramp it up to hard, and you'd better have a very good twitch reflex. 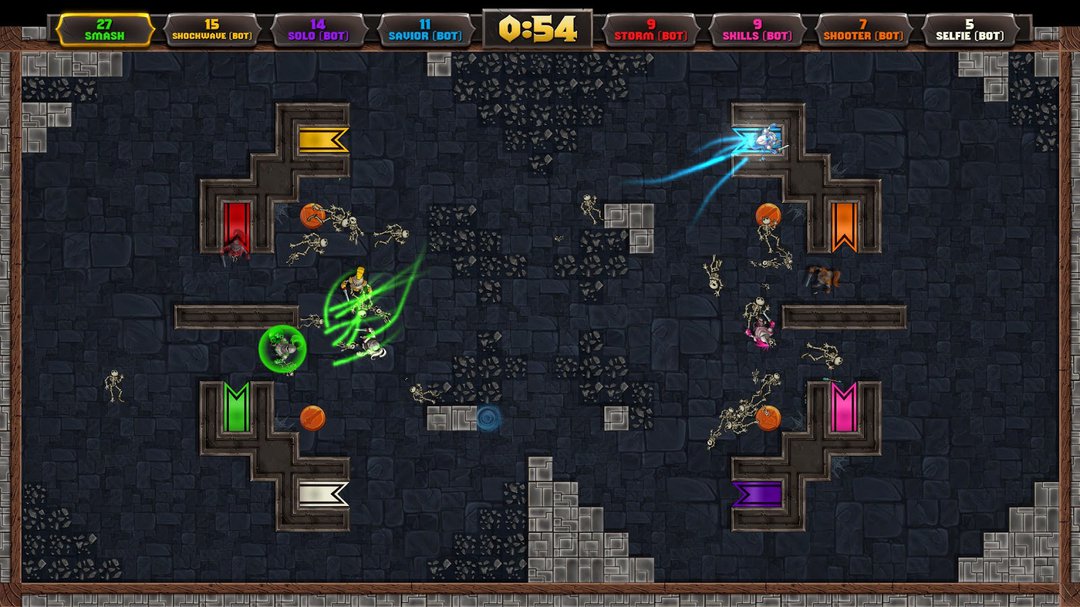 The first DLC pack, "Extra Chivalrous" comes with three new knights and four brand new game modes. Good news if you had early access: it's free for you!

For variety, "Capture the Grail" is sort of the de-facto mode of Knight Squad, and has been ever since it first appeared on the stage, but over a year of fine tuning and prep have made sure there's plenty for everyone. "Gladiator" turns the game into a frenzied king-of-the-hill, while the 'Juggernaut" mode throws a minigun into the field... good luck with that.

The game gets even more inventive as you add in team-based play. There's the obvious "Capture the Flag," which sits right beside "Soccer." I won't even try to explain that one, except for saying that adding laser rifles to the sport was a good choice. 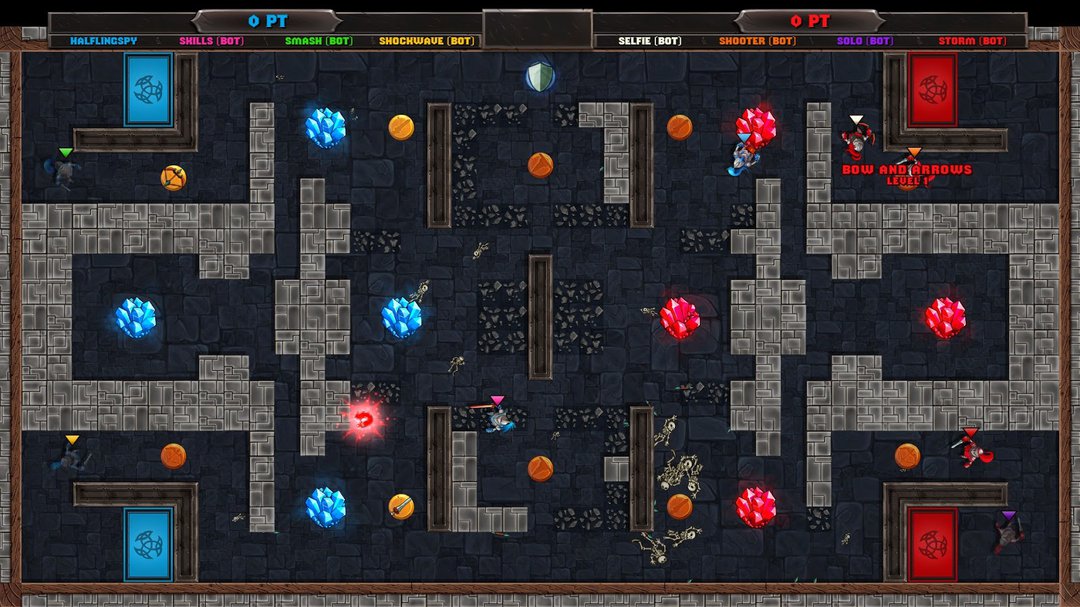 Crystal Rush has you breaking the other team's toys as quickly as you can...but only with drills.Tougher and more frantic than it sounds.

Knight Squad has been in early access for quite some time, but as alluded to above, it wasn't wasted time. It's a simple game at its core, but it's been polished and fine-tuned to a wonderful degree. More music has been added, thumping in and out as each match progresses, while the individual knights have been given more personality. While none of them are ever officially named, the little animations before and after a match, paired with each having a descriptive 'S' name adds charm and character to something that seems like it should have none.

This really is the best party game I've seen...even more than Smash Brothers. I know that's a divisive claim, but as much as I like the Nintendo game, over the course of time it's grown a competitive scene, sharply dividing it between those that play for fun and those that want no items and raw skill-based play. It's gotten more complicated, and a little more daunting to jump into. 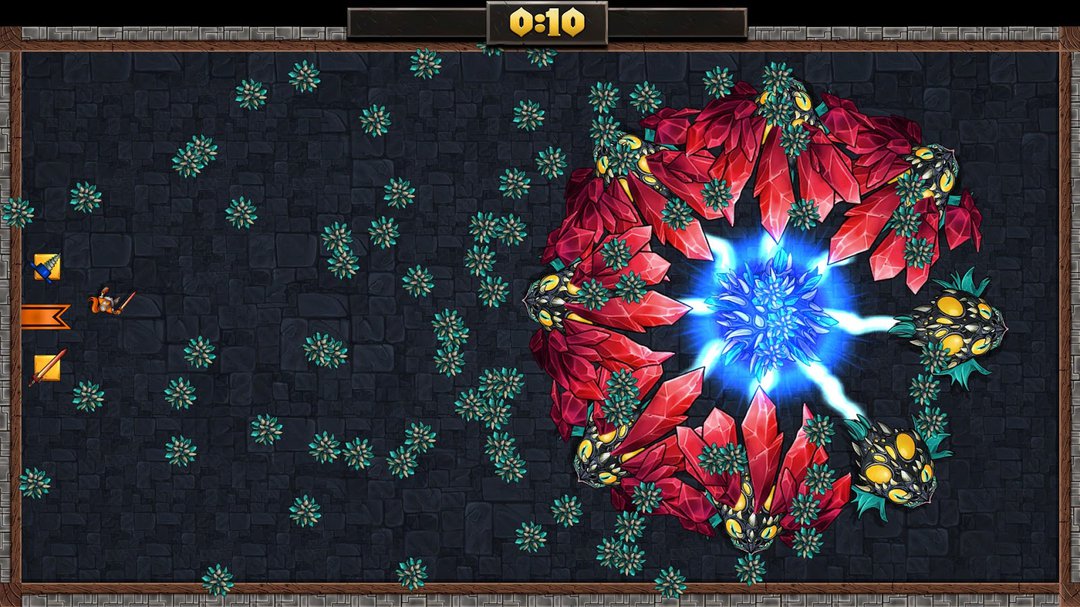 I still haven't beaten the Crystallor challenge. Can you guess why?

Knight Squad is simple, it's to the point, only needs three seconds of explanation, and still has enough polish and personality to keep people coming back for more. I can bring it into a group of people who play competitive games and have them play against people that never touch controllers, but everyone is still laughing by the end. There's even single player challenges that have been added, to give those that strive for high scores and tough battles something to face up against.

Welcome home, Knight Squad. You are going to be on my TV screen every time there's a party at my house from now on.