Review:
The World Next Door 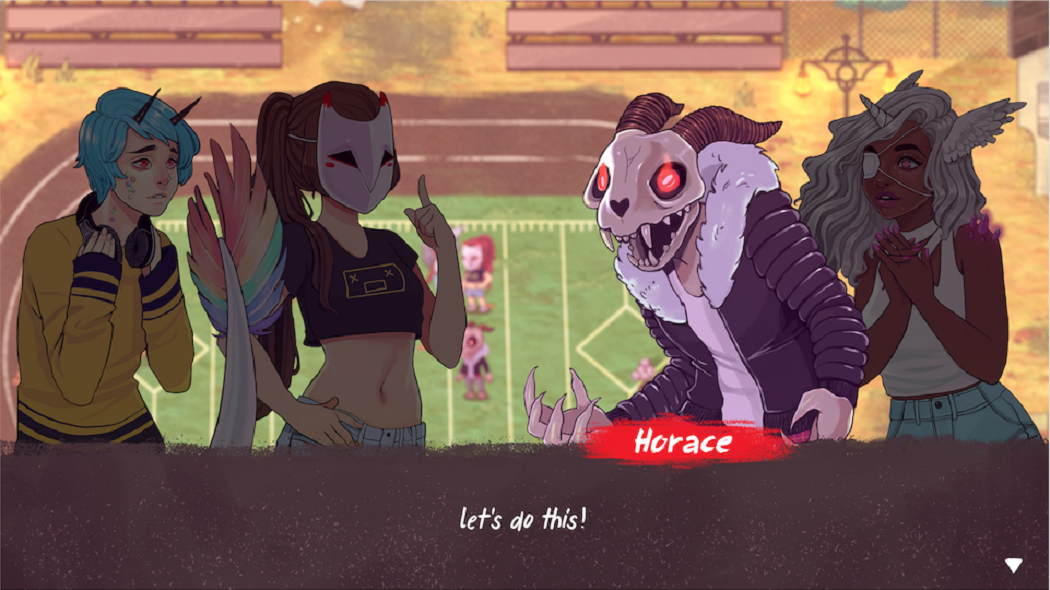 The World Next Door

I’m a sucker for modern day fantasy. Sell me a story of the supernatural in our mundane little reality, and you’ve caught my attention. It was in this spirit that I stepped into the shoes of a vivacious teenage girl named Jun as she visited The World Next Door. 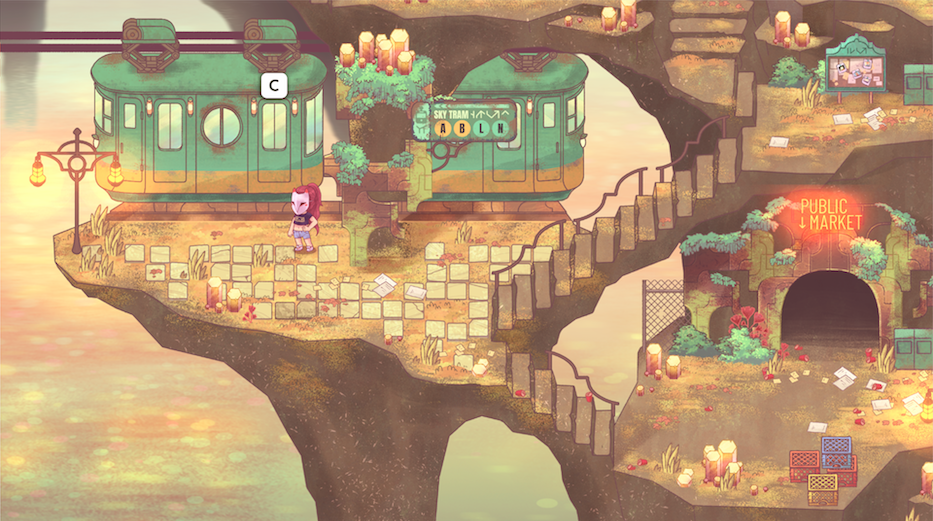 Developed by Rose City Games, The World Next Door is a journey into a stylized world punctuated with fast-paced puzzle combat. With a story that feels fresh and a completion time of about ten to fifteen hours, this world is definitely worth a visit.

The Story: Short But Satisfying

The World Next Door presents Earth with a “twin” planet -- Emrys. While Earth dwellers focus their energy on technology and science, Emryns specialize in the use of magic. These worlds are divided, but once a generation, a portal between the two opens to allow a few lucky inhabits (chosen by lottery) to visit the other side.

Jun -- our protagonist -- is one of those lucky winners. She meets Liza, a native Emryn and longtime online friend, along with some of her buddies. As teenagers do, they aren’t content with taking in the local Starbucks or historic monuments and decide to visit a forbidden shrine to teach Jun how to use magic. Of course, a hostile creature called a Grievance attacks and things go haywire. Teenagers goofing off and drinking beer in an illegal area on an alien planet...what could possibly go wrong? 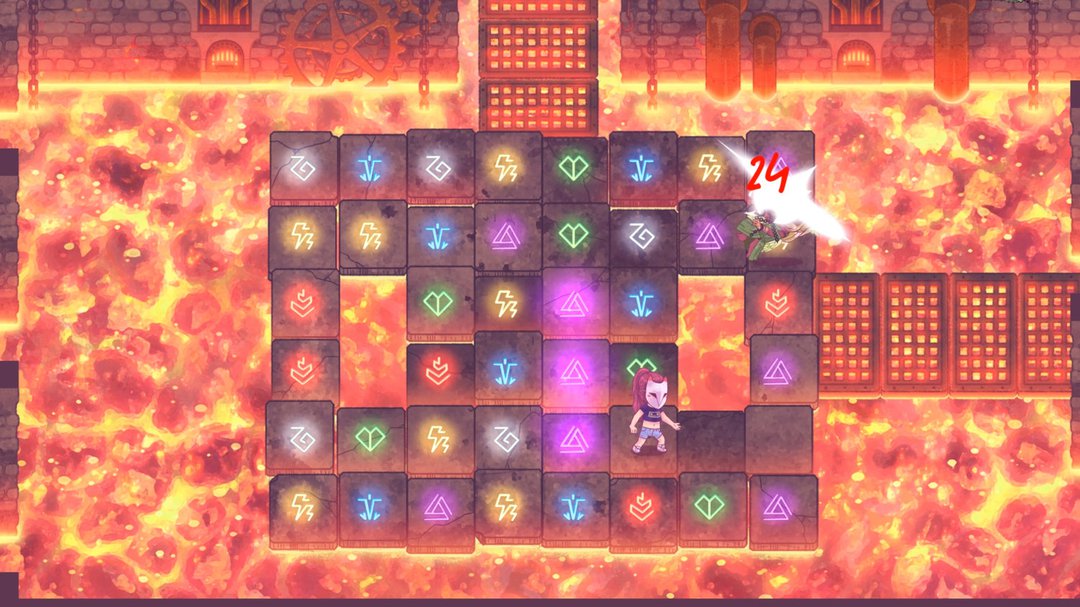 In the midst of the chaos, Jun is trapped in the shrine and forced to make her way out. By the time she rejoins the group and escapes, the Earth portal closes, leaving Jun stranded. To make matters worse, humans can’t survive on Emrys for more than a few days. Thus, Jun, Liza, and the others need to find a way to get her home before it’s too late. They begin exploring the various shrines, searching for the answer to re-open the portal.

The “magic” Jun uses in the game is actually a puzzle. The player will enter a shrine room that is full of tiles laden with different symbols, which need to be dragged and dropped to arrange groups of three or more. Once assembled, these symbols, or “runes”, can be used to cast spells, such as fire, thunder, or heal. Sounds easy, right? Well, the trick is to set off these spells while enemies are flinging fireballs at you or worse, chasing you around in order to inflict physical hits. Can you arrange those tiles into a fireball spell and stand still long enough to cast it before that dinosaur running your way whacks you in the face? Therein lies the challenge.

Certain runes can be used strategically. For example, a thunder spell is regional, and will only affect an enemy standing on that tile. If you set off the spell while said dinosaur is chasing you, he’ll be stunned when he reaches it, and trapped for a few seconds. This leaves you open to hitting him with a ranged attack, like the purple void orb which will do damage and slow him down for a short amount of time. Additionally, you can call your various friends into battle with “Essence Runes,” which need to be set up in a specific symbol, like an “L” or a “+”. Depending on the teammate, you’ll launch an offensive attack, get healed, or even cause the enemies to fight one another and ignore you. 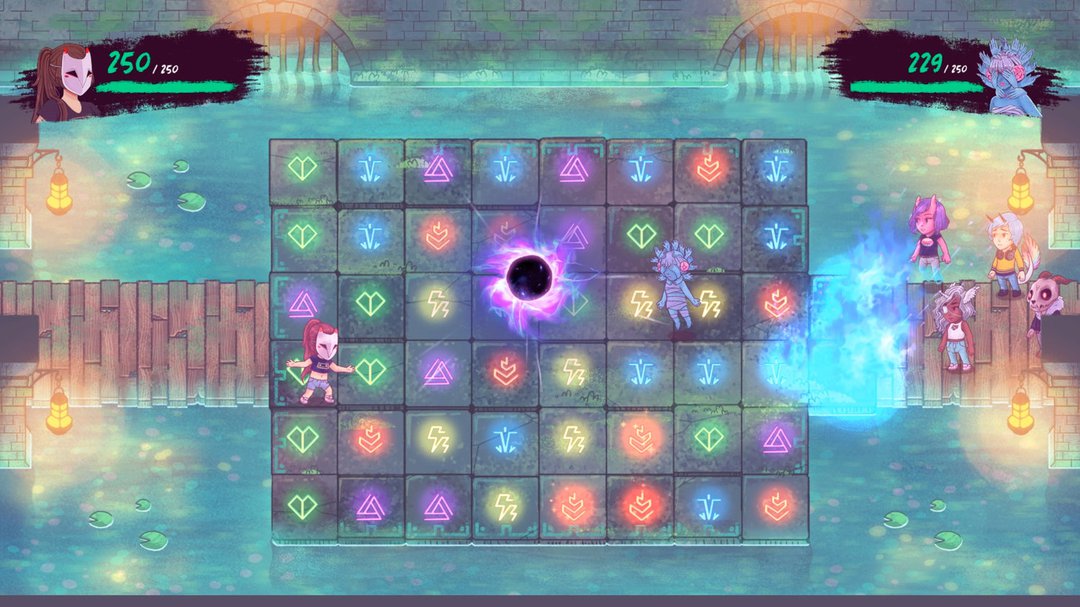 Unfortunately, the detection on the runes is a little flimsy at times. You need to be standing directly on top of the symbol itself in order to pick them up and move them around the board. This is frustrating when you are being mauled by Grievances, but luckily, the game does provide an “assist mode” that protects Jun from taking any damage. If you want to play the “no effort” mode and just get the story, then by all means, click that setting. However, the rune detection isn’t so bad that the game isn’t playable -- just a small annoyance.

There are also some puzzles thrown in which will test your knowledge of the gameplay, and force you to focus on arranging your runes in a certain fashion. For example, you may be faced with a limited amount of spell tiles, and a target with high hit points. You need to arrange the tiles precisely to ensure you unleash maximum damage. Do that, and you’ll be rewarded with an item.

This does lead to one unfortunate complaint: you get a lot of items in this game, but none of them seem to serve a purpose. For example, I gained an elegant hourglass, a fancy lip gloss, a manga comic, and a few other trinkets. Perusing their descriptions in the inventory didn’t give any sense of boosted stats (there are no stats in this game), healing opps, or any other beneficial use. If anyone else has found out what the items do, leave me a comment below? I’m dying to know. 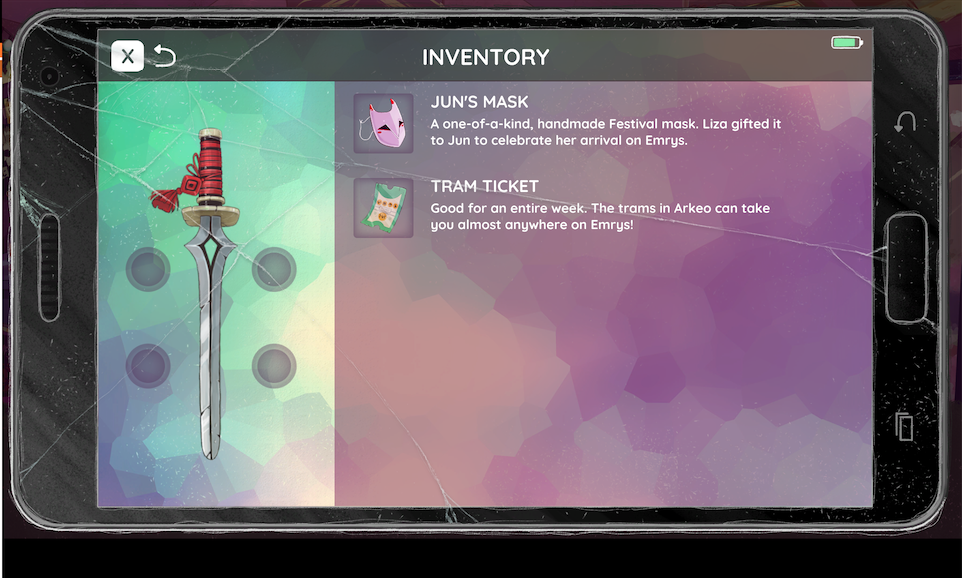 The little bit of fluff you get from items is nice, but I wish there was more pay off.

There is also a vs. mode to the game that sadly I haven’t tried yet, but the gameplay definitely feels suitable for head-to-head combat with a friend. Check out the trailer here .

In addition to the shrines, Jun can explore the overworld, which includes Liza’s school campus and the local town. This area features some small sidequests, which are mostly fetch quests for the additional NPCs hanging about. While these little missions don’t have an effect on the gameplay at large, they do provide the world of Emrys with a more lively atmosphere.

Presentation: A Style All Its Own

The bright backdrop and cast of characters in The World Next Door drew me in immediately. The character designs are a bit anime meets punk rock Rainbow Brite -- don’t be surprised if you find yourself chatting up every NPC sprite just to see their full rendering via text-based cutscenes.

In addition to Liza, Jun is joined by Rainy (an adorkably awkward merman kid), Horace (a punk rock rebel with a goat skull for a head), and Cerisse (my Black nerd/unicorn hybrid dream, and the intellectual of the group). The entire overworld is drenched in bright hues and an eye-catching art style, juxtaposed with deep grays and foreboding molten tones in the shrines. Stylistically, it reflects Jun’s excitement with her new surroundings and the danger she faces in the shrines.

The overworld scenes can get a bit dialogue heavy, especially considering the player can choose Jun’s responses to certain questions, and at times, the cast start to banter about trite things like pineapple pizza. On the flip side, this does give The World Next Door a youthful flair, as well as some nice moments to get to know the characters, who are really likable as you spend more time with them. This game isn't a visual novel, but it doesn't shy away from many of those elements either

A Bit Of Advice Before You Visit Other Worlds

Put this in your notebook, kiddies: pay attention to Cornell. If you want the full story, you gotta talk to the dude with the third eye and the orb in his head. He’ll appear to be a sidequest character, and you can play through the entire game and completely overlook him (I did on my first runthrough). If you don’t keep up with this guy, you’re going to get shortchanged on the story. Just trust me on this. 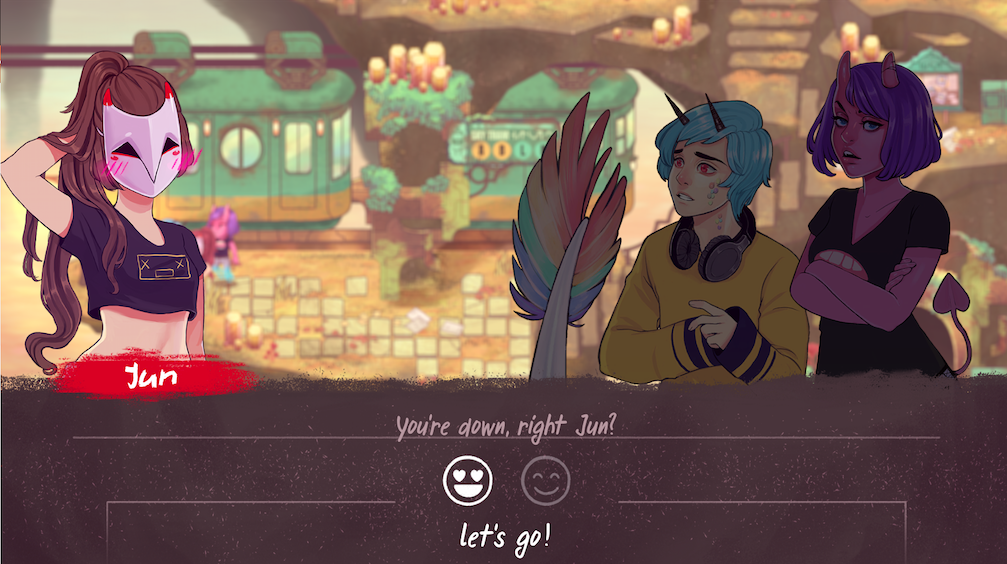 Overall, The World Next Door isn’t perfect, but totally worth a play. There is so much personality and rich texture to the overall presentation, that it begs to be explored. The puzzle combat is a satisfying blend of strategy and quick-handed reaction. I never got tired of trying to execute a “friend” attack or triggering enhanced offensive combat in the heat of dodging enemy fire.

If anything, this title has a real cult classic feel to it.... A hidden gem appeal that is primed to lock in hardcore fans. It left me wanting more by the end credits -- the defining mark of a great game in my opinion. This game deserves a sequel, and given that the developers left ample opportunity to further the story, I truly hope to have the opportunity to make another trip to The World Next Door in the future.